The U.S. airline industry has raised rates repeatedly as of late, rolling out surcharges too.

American Airlines (NYSE: AMR), for one, recently boosted domestic round-trip airfare by $10, it’s seventh such increase in 2011! That matches the total among major carriers in the past two years combined.

Contrary to some thinking, AA and its competition aren’t hiking prices because they want to gouge passengers. Instead, they’re trying to pay for more expensive jet fuel.

That, along with labor, is one of the industry’s biggest costs. Even when oil is cheap, jet fuel represents some 30% of airlines’ overhead expenditures.

And as oil prices rise, that percentage grows.

So far this year, jet fuel costs have soared nearly 28%. It now trades over other refined products, thanks to the situation in Libya, a major producer of the product.

Early this month, the airlines industry trade group – the International Air Transport Association (IATA) – downgraded its outlook for the year due to rising jet fuel prices.

Representing over 200 of the world’s best-known airlines, it predicted in December that the global airline industry would make a $9.1 billion net profit in 2011. But oil only cost $84 a barrel back then and now it expects just $8.6 billion, about 46% below 2010’s $16 billion.

Airlines Thought They Were Hedged

Amidst the chaos, it seems logical to wonder why airline management doesn’t hedge their exposure to oil and jet fuel prices. The thing is, many thought they were…

They just didn’t account for the U.S.-based West Texas Intermediate (WTI) crude oil contract no longer being a valid global benchmark, as I detailed last month.

Many of the problems stem from logistical issues at the U.S. oil hub located in Cushing, Oklahoma. There are simply too many pipelines bringing oil in and not enough infrastructure to get it out.

This has led to a glut of oil there, keeping the price of WTI lower than it should be.

Both benchmark prices have diverged as of late, due to the problems in Cushing. WTI has risen more than 11% so far this year, while jet fuel in the U.S. spiked 28%.

The discrepancy between WTI and jet fuel means U.S. airlines are not insulated from the latter’s rising costs. This puts them at a competitive disadvantage to global competition.

And it will force them to hike fares higher and higher as jet fuel continues to climb.

Fortunately, some airline executives are reconsidering their hedging policies.

Southwest Airlines (NYSE: LUV) says it is “very aware” of the price discrepancies. And low-cost airline JetBlue Airways (Nasdaq: JBLU) states it is “presently concerned with the current disconnect between WTI and Brent.”

Sure, they should have caught on a few years ago when the Saudis dropped WTI as a benchmark for pricing oil to U.S. customers. The same goes for when the International Energy Agency warned a few months back that the gap between WTI and Brent could persist for years.

All that has forced most airlines to finally take a good look at which crude oil contract works best to hedge their energy risk. Hopefully they’ll realize that WTI just doesn’t cut it anymore, and will switch to using Brent instead.

Any airline that doesn’t take this last chance at security over the next few months isn’t worth looking into. Rising jet fuel prices will continue to burn a hole in their profits. 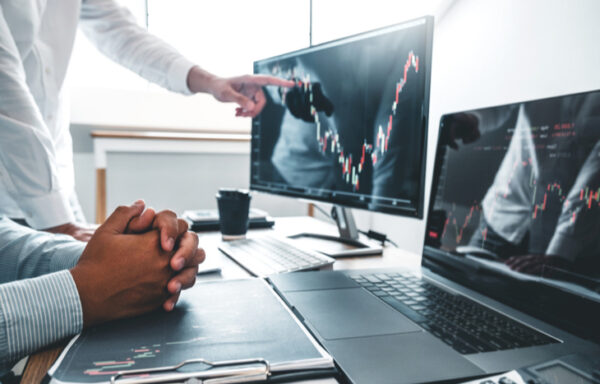 7 Stocks to Buy in the World’s Fastest Growing Industries

Large-Cap Stocks to Watch Before the End of 2021