I’ve been following and recommending momentum stocks for over three decades. It’s been a profitable endeavor.

What are momentum stocks, exactly?

Companies that lead the market in both profit growth and price action.

And what powers them higher is, almost invariably, innovation.

Yet it’s easy to underestimate the pace of technological progress.

Today, almost 60% of the world’s population has internet access, even though we only crossed the 50% milestone in 2018, and only a tiny percentage of us had even a dial-up connection in 2000.

The number of Google searches alone has increased 2,000-fold over the last 20 years.

Part of this growth is due to the increase in connection speed by end users. This has grown more than tenfold in the last decade.

According to Pew Research, 81% of Americans now own a smartphone. This is 50% more than when the polling organization began asking the question in 2011.

The number of mobile subscriptions is now greater than the world population. (Global mobile penetration was 108% by 2019.)

And the advancement of 5G networks and technology will only accelerate smartphone adoption.

Ericsson projects that mobile 5G subscriptions will increase elevenfold by 2025.

This will lead to an explosion of connected devices. Cisco estimates that within two years we’ll have over 1 billion total connected wearable devices in the world.

That, in turn, will cause a dramatic increase in demand for battery storage to power all these devices. According to McKinsey, we will see a seventeenfold increase in battery demand within three years.

Dynamic random-access memory (DRAM) is a type of memory chip used in most laptops and desktops. Over the next three years, we should see an additional 100 billion 1-gigabyte-equivalent modules shipped worldwide.

The global inventory of electric vehicles (EVs) has increased sevenfold over the last five years. EVs now make up approximately 1% of the global car fleet.

Solar power generation, the most important renewable energy source, increased twentyfold from 2010 to 2019. This will soon provide us with both cleaner energy and a healthier environment.

According to McKinsey, the market for industrial robots has been compounding at 19% per year since 2013. Shipments are up fivefold since 2010. And double-digit growth is expected again in 2021.

The cost of sequencing the human genome has plummeted. It cost $100 million to sequence an individual’s genome in 2001. Twenty years later it costs less than $1,000. And it is headed to less than $100, transforming human health and personalized medicine.

Most of today’s technology trends are exponential. Yet most people don’t appreciate what that means.

We’re not talking about money compounding at that rate, of course. That would be impossible.

But technology is built on ever-increasing computational power.

Processing efficiency has improved by orders of magnitude in the last 30 years. Since 1990, it has increased by a factor of 100,000.

These trends are leading – almost inexorably – to a more prosperous society and a wealthier world.

As an investor, you want to capitalize on this.

The companies that are successfully capitalizing on these trends are seeing sales, earnings, market share and, of course, their share prices shoot higher.

That’s why momentum stocks have been – and will continue to be – the area of the market that offers traders and investors the highest potential returns. 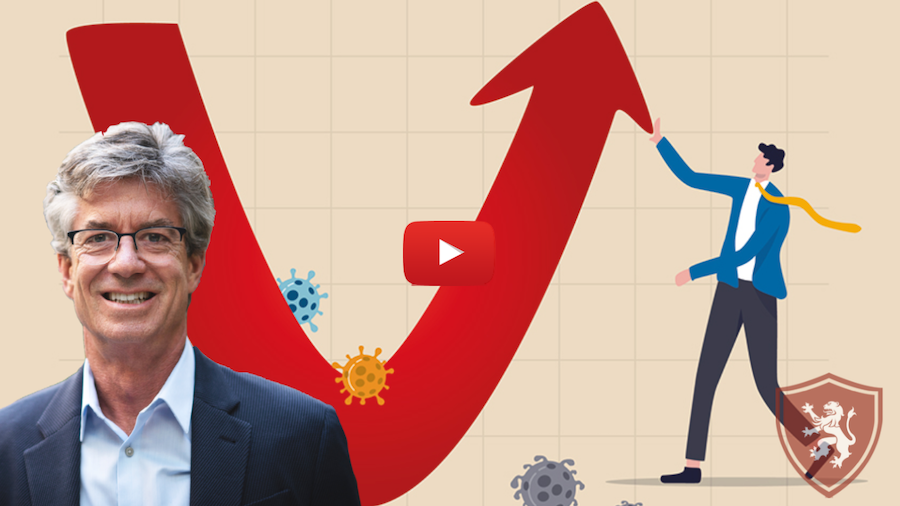