What China’s Slowing Economy Means for You 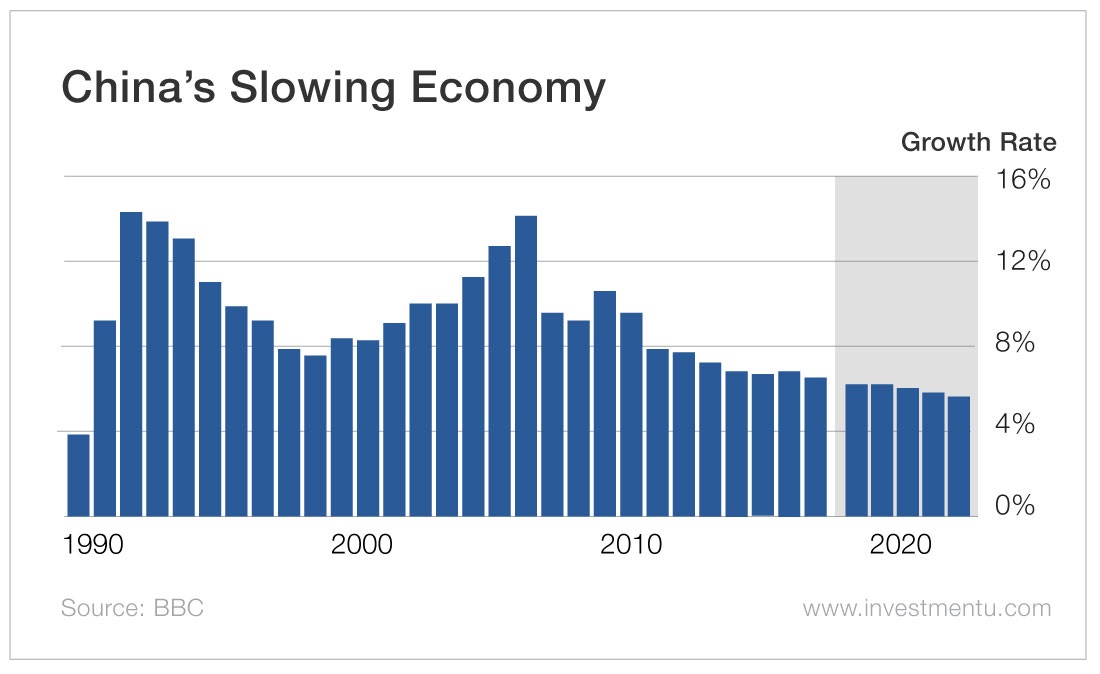 Since 1990, China’s economic engine has been an impressive machine.

Since 2010, however, it seems to have blown a cylinder.

While a 6.6% growth rate is something most countries would kill for, China’s growth has been declining year after year.

In short, the “Middle Kingdom” (Mandarin translation for the country’s name) is shifting from developing to developed. Meteoric growth is common in poor countries where labor is cheap and plentiful.

That’s how China used to be. But its economy is a fundamentally different animal now…

China isn’t collapsing. It’s joining the developed world in size and stature – even if it hasn’t in human rights or liberty.

Chinese firms are building new roads, railroads, ports and factories. Chinese companies then use those new developments to export their labor. In effect, China is doing to Africa, Eastern Europe and Southeast Asia what America and Europe did to China.

Other industries, including e-commerce, shipping and technology, are also expanding. China will look less like the world’s sweatshop, and its economy and society will more closely resemble Germany’s or the U.S.’s. Expect companies like Alibaba (NYSE: BABA) and Estun Automation to become leaders in their respective industries.

While America will likely remain the No. 1 global superpower, Chinese businesses will become as stable an investment as their American counterparts, albeit with less explosive – but still steady – growth rates.

Moving forward, it’s likely Chinese tastes will dictate global consumption, much like American tastes did throughout the 20th century.

It’s a brave new world out there and – as always – there’s a chance to profit from it. 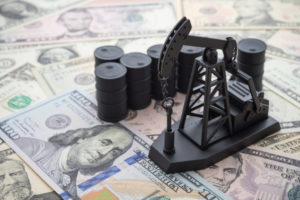 How an Abundance of Oil Is Affecting the Markets 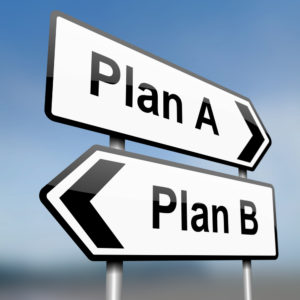 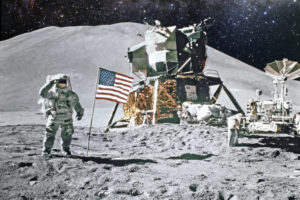