This Tech Revolution Is Still in Its Infancy (But Growing Fast)

It’s so nebulous and vague. Most people have an idea of what it means, but they can’t really describe it.

It’s everywhere and nowhere, all at once.

Whether you realize it or not, you access the cloud every day – every time you use the Internet. And, not surprisingly, many of the best-performing stocks this past year are companies involved in this technology.

Specifically, those that focus on on-demand computing or converged infrastructure.

In layman’s terms, converged infrastructure refers to the use of programs that aren’t housed locally on your hard drive. Instead, your device uses the web to access necessary information.

You see, when you store data in the cloud, it’s actually being stored on a third-party site (a server). For businesses, this is both safer and cheaper. And, as a result, the global cloud-computing market has been on a tear since 2008.

According to the International Data Corporation (IDC), the cloud-computing market is expected to more than double by 2018, hitting $127.5 billion.

At that time, a whopping 62% of all customer relationship management software will be cloud-based. And with the proliferation of smartphones, tablets and a host of other mobile devices – as well as their increasing importance in day-to-day business operations – this traffic will explode.

By 2019, cloud applications will account for 90% of mobile data traffic.

We’re talking strictly about business traffic. Sales transactions, logistical information, communications… the amount of data that will float from mobile device to mobile device is mind-blowing.

That’s A LOT of data.

To be clear, 1 exabyte = 1 billion gigabytes, or 1 quintillion bytes. Put another way, it’s believed that a single exabyte could hold 500 to 3,000 times all the content in the Library of Congress.

We’re generating and transferring so much data now that mobile data traffic has grown 4,000-fold over the past decade. It’s thanks in large part to the introduction of Apple’s (Nasdaq: AAPL) iPhone and other smart devices.

By 2020, monthly mobile data traffic will increase to 30.6 exabytes.

This area of technology has been one of the fastest-growing segments for the last several years… and there’s no doubt it will stay that way for years to come.

The trend is clear. Soon, mobile-connected devices will outnumber people on Earth. So it’s no surprise that big names like Amazon (Nasdaq: AMZN), Google – now Alphabet (Nasdaq: GOOG) – and Microsoft (Nasdaq: MSFT) have all staked a claim in this space.

The more mobile devices that populate the world, the greater the need for cloud-computing services.

We are at a tipping point for this industry. And the floodgates are opening. 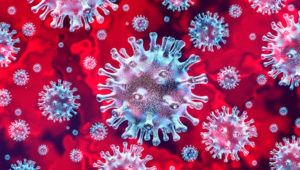 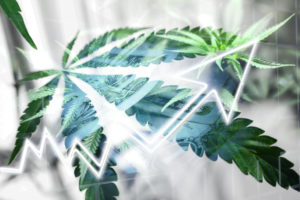