Day 1 Recap: The 2018 Investment U Conference

Greetings from the land of dice, vice… and investing! Yesterday marked the start of the 20th Annual Investment U Conference at the Four Seasons in Las Vegas, Nevada.

The theme of this year’s conference is “The Art of Intelligent Speculation.” (To steal a line from Chief Investment Strategist Alexander Green… What better place to hold this event than in the land of unintelligent speculation?)

The day kicked off with a warm welcome from Julia Guth, founder of Investment U. She set the tone by distinguishing between gambling (blind trust) and speculation (calculated decision making).

The reins were then handed to Alex – the conference’s rock star.

Alex’s keynote speech, “Intelligent Speculation in a Trumpian World,” opened with a reminder about how transactions are voluntary in a capitalist system and that the stock market is the great equalizer.

He talked about how President Trump has stimulated the economy… and how he’s created an atmosphere of chaos and uncertainty.

The result, according to Alex, is that we’re facing a “Goldilocks economy” – not too hot, not too cold. The bull market has aged, company valuations are high, the Fed is raising interest rates and good news is already baked into share prices.

So how do you intelligently speculate in this environment? Alex suggested ten-baggers, the term – originally coined by legendary Magellan Fund manager Peter Lynch – used to describe companies poised to rise tenfold or more.

From Broadway With Love

Later in the day, Chief Income Strategist Marc Lichtenfeld commanded center stage, a place not wholly unfamiliar to him.

You see, after college, Marc wanted to be an actor. But at the same time, he fell in love with the markets… and spent all his free time studying them.

After a few years making barely enough money to support himself, Marc flipped the switch… and luckily for us, Broadway’s loss was our gain!

Marc’s presentation, “Stocks for a Sustainable Retirement,” centered on cost-cutting and income-generating techniques from his new book, You Don’t Have to Drive an Uber in Retirement.

Specifically, he wanted attendees to understand the value of investing in Perpetual Dividend Raisers, companies that raise dividends year after year. They tend to be safer investments, outperform expectations, boost buying power and build wealth because of their compounding nature.

In closing, he recommmended three stocks. He also raffled off, sold and signed copies of the book for a line of Members that extended the length of the conference room foyer.

Adam first showed Members how to intelligently evaluate the growing universe of digital coins. Beyond assessing a coin’s inherent functionality and security, Adam insisted that it’s imperative to evaluate its “community” of coders and users.

Online tools like LinkedIn, Reddit, CoinMarketCap, TradingView and Google Trends are among his favorites. In fact, on at least two occasions, spikes in Google searches for bitcoin preceded jumps in bitcoin’s price by just a few weeks.

Next, Adam addressed how to spot “scam” coin offerings by detecting warning signs, including claims that seem too good to be true (40% monthly returns), founders who want to remain anonymous, fake Twitter followers and lack of transparency.

Finally, because the crypto market is not yet regulated by the Securities and Exchange Commission and digital currencies are not available on U.S. stock exchanges, Adam told investors how to buy coins using fiat money (government-backed tender) or other cryptocurrencies.

As you can see, Day 1 was jam-packed with deep insights and actionable information. Stay tuned Monday for my recap of the remainder of the conference. 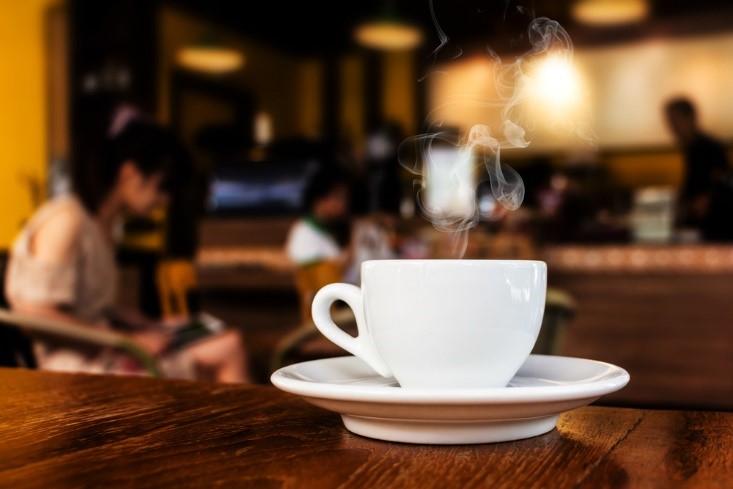 Why You’re Not Investing Enough