There are hundreds of investment theories out there that are misguided, unrealistic or completely wrong-headed. Of these, only a few are so seductive that great numbers of people take them up.

Chief among these is the “efficient market hypothesis.”

Supporters of this notion want you to wave the white flag and give up on trying to beat the market. Why? They don’t believe it’s possible. Instead, they believe that rational, self-interested investors incorporate every bit of material information into the share prices of pubic companies, as soon as it becomes available. The market is so efficient, they argue, that it is futile to attempt outperforming it, since share prices will always reflect everything that can be known about the future prospects of a business.

Let’s think about this. We’re all self-interested, yes. But rational?

And now we have more than just anecdotal evidence…

Efficient Market Hypothesis vs. The Mind of The Market

We have Michael Shermer’s excellent new book “The Mind of the Market.” Shermer, a columnist for Scientific American and author of nine previous books, writes that, “We are remarkably irrational creatures, driven as much (if not more) by deep and unconscious emotions that evolved over the eons as we are by logic and conscious reason developed in the modern world.”

He backs up this claim with plenty of examples from the new science of behavioral economics. Studies show, for example, that most people are willing to drive five blocks if they can buy a $100 cell phone for half price. But they are far less willing to drive five blocks to save $50 on a $1,000 plasma TV. Why? After all, fifty bucks is fifty bucks, no matter how you spend it – or save it. But, according to Shermer, “mental accounting” makes us reluctant to make the effort to save money when the relative amount we’re dealing with is small.

Or take the “sunk-cost” fallacy. Objectively, a company with lousy business prospects is not worth holding, no matter what you paid for it. Yet many investors will hold on to losing investments for years, even when it’s clearly unprofitable. Shermer correctly points out that, “Rationally, we should just compute the odds of succeeding from this point forward.” Yet investors who have sunk a lot into a stock – including a fair amount of ego – have trouble doing this.

However, mental accounting and the sunk-cost fallacy, are just the tip of the iceberg.

By the time Shermer is done exposing all the flaws in our mental machinery, you feel inclined to put the efficient market hypothesis right up there with the “stork theory” in sex education.

Okay, maybe I’m exaggerating… a little. Every experienced investor knows that shares of most publicly traded companies are fairly efficiently priced most of the time. But that’s a whole lot different than saying all shares are efficiently priced all of the time, the foundation stone of efficient market theory.

Was Priceline (Nasdaq: PCLN) efficiently priced at more than $150 in May 1999 and again at roughly $1 eighteen months later?

Of course, the real hurdle for efficient market theorists are not arguments like these. Rather, it’s the audited track records of men like Warren Buffett, Peter Lynch, and John Templeton, who have shown they can beat the market not just from one year to the next – which efficient market types attribute to “luck” – but over decades.

And they did it not by deciding whether to be in the market or out, but by deciding which companies were mispriced and then loading up on them. That’s exactly what most investors should be doing in these uncertain times.

Don’t let the efficient market hypothesis types persuade you that bargains don’t exist in today’s markets. They do. And in the weeks ahead, we’ll continue to help you ferret them out.

Efficient markets? Buffett summed our view up nicely – if not entirely accurately – when he once remarked, “I’d be a bum on the street with a tin cup if the markets were always efficient.” And that’s not hindsight bias. 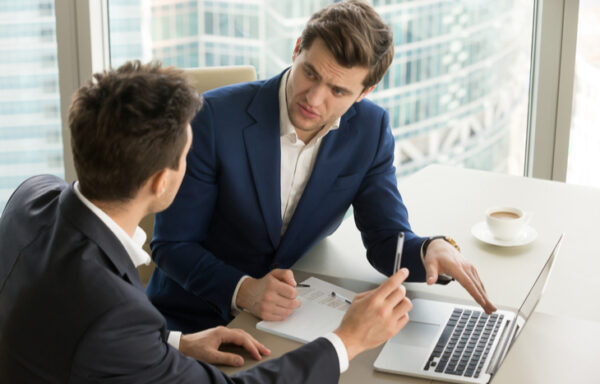