The surge in precious metal prices has revitalized an unscrupulous business that’s been ripping off investors for thousands of years – the counterfeit bullion trade.

Today, the business of phony gold and silver dupes hundreds of millions of unwary investors every year.

And he’s just one guy – the tip of a monstrous iceberg that America’s top counterfeiting watchdog calls “a global economic train wreck waiting to happen.”

Counterfeiters – especially from China – are becoming more and more sophisticated with their dishonest art. And modern counterfeit bullion can sometimes even deceive experts. But with a bit of information you can properly authenticate your precious metals and your investment will be guaranteed.

China has been the source of bogus retail goods for decades. From phony high-end watches to designer purses and luxury sunglasses, everyone knows that knock-offs are “Made in China.”

Most recently, the watchdog group has issued urgent warnings for precious metal investors about the dangers of today’s counterfeiting bullion trade. A few weeks ago, the group put out a press release stating:

Laser-imaging 3-D technology has made it much easier for counterfeiters to produce near-exact copies of mint dies. And today’s counterfeit bullion is of such high quality it can very difficult to spot, even to the veteran eye.

It’s important to make the distinction between “counterfeit” and “copy” bullion coins. A “copy” is a coin that has borrowed its design from another coin. These coins may or may not be made of precious metals. There are many legitimate private mints that use copies of popular coin designs on their bullion. The term “copy” or “replica” just refers to the design, and is not generally intended to deceive.

A “counterfeit” or “fake” bullion coin intentionally misrepresents its metal content with the explicit intent to deceive a buyer. Various different metal alloys are used to create counterfeit bullion, depending on the nature of the particular fake.

Sometimes a counterfeit gold coin might really be minted mostly in gold. There are many well known examples of counterfeit gold sovereigns – produced in the 1950s and 1960s – that were minted with an alloy consisting of only 60% to 80% gold, instead of the proper 91.6%. I bought this coin on eBay, knowing it was bogus and only paying a few dollars for it. I keep it as an example. Some hardcore numismatists even collect counterfeit coins in what they call a “black museum” or “black cabinet” collection.

This coin is just a base metal planchet (a coin blank) that has been stamped and plated in silver. But it is clearly marked as a one ounce .999 fine silver (Ag is the chemical symbol for silver) bullion coin.

Sometimes it’s not easy at all to recognize fake bullion coins. And you may not spot them at first. But there are a few simple techniques that anyone can perform to ID a potential fake.

You’ve probably seen it in an old movie, or parodied on Looney Tunes – a grizzled, white-haired prospector biting a gold coin to verify if it’s the real deal. It might seem a little odd, but there’s a very good reason for this.

Compared to copper, silver, or other metals that might be used to fake it, gold is very soft metal. So simply biting pure gold will leave a tooth mark – while biting copper or silver will leave you with a dentist bill.

Biting real gold might land you at the dentist office, too. And, best-case scenario, you’ll have a real gold coin with tooth marks on it, which will definitely deflate the coin’s value. So I don’t recommend gnawing on any of your bullion coins, but just wanted to mention it.

2. Familiarize Yourself With the Weight of Bullion Coins

One of the biggest giveaways of a counterfeit bullion coin is its weight. Gold, for example, is a very dense and heavy metal. There are only three non-radioactive metals with a density higher than gold – tungsten, platinum and iridium. And these metals are either too expensive or difficult to work with. So a counterfeit gold coin will almost always be too light.

Counterfeit silver coins can also be too light. Often the discrepancy in weight is obvious. I don’t need a scale to tell that the coin above weights less than an actual silver ounce.

When it’s not so obvious, simply weigh your bullion with a reasonably accurate scale. And don’t forget to keep in mind the difference between 1 troy ounce (31.1 grams) and 1 avoirdupois ounce (28.3 grams). Gold and silver bullion coins are supposed to be 1 troy ounce.

Another dead giveaway of fake bullion coin is an incorrect diameter or thickness. Counterfeiters often alter the dimensions of bullion coins to add weight, meaning the coin or bar will be too large or too thick.

All legitimate government and private minters have standard dimensions for their bullion coins. You can find these dimensions in a coin catalog or online. If not, you should probably buy a different bullion product.

Get a reasonably accurate set of calipers and take measurements. The tolerances on legitimate bullion coins are miniscule. So when it comes to bullion coins with an inaccurate weights or dimensions, they’re generally fake.

Another great way to ID a fake bullion coin is to closely examine the quality and color of the metal. Fake gold coins can appear either too dull or too shiny. And may sometimes also look casted and not pressed, leaving a grainy texture. Other fake bullion coins might be mottled or flecked on the surface.

Other signs of counterfeit bullion coins include tool marks or misshaped edges. The rim is also a good place to easily spot a fake gold coin. Counterfeit gold coins are sometimes made in halves, and then soldered or glued together. A seam on the rim of a gold coin where two halves were joined is a great indication that the coin is counterfeit.

Look at the space between letters, look at the size and number of elements. Misspellings or grammar mistakes are obvious signs of a phony. It’s rare, but counterfeiters do overlook simple things like spelling, especially when coins are made in foreign countries.

All metals have a distinct sound when they clang together. It’s not the best way to spot a phony bullion coin, but it can certainly help once you’re familiar with a metal’s sound.

My favorite way to listen to a metal is to flip it. Some metals ring in the air after flipping off your thumb, while others do not. Both pure gold and silver will ring in the air. The counterfeit silver coin that I showed you above does not ring when I flip it.

There’s a really cheap way to practice the ring test… Get two U.S. pennies; one minted before 1982, and one minted after 1982. Then, listen carefully for a ringing sound as you flip each one off your thumb.

The penny minted before 1982 will have a high-pitched ring while it flips though the air. The penny minted after 1982 won’t. This is because U.S. pennies minted before 1982 (there are rare exceptions) are made of 95% copper, a metal that will ring. Starting in 1982, the U.S. government began minting pennies with an alloy consisting of 97.5% zinc, a metal that won’t ring. Again, the ring test is not always the best way to spot a phony. But it certainly helps.

Geologists often use scratch tests in the field to identify a metal. Explorers will scratch a piece of suspect gold on a stone (an unglazed porcelain tile works best) and examine the color streak left behind.

Gold will leave a yellow streak, while something like pyrite will leave a greenish-black streak. But of course, scratching your bullion coins will devalue them, so this is another test that I don’t recommend. Moreover, a counterfeit coin might pass the scratch test if it’s been plated.

There is one scratch test for gold, however, that shouldn’t hurt the value of your coin too much if you just want to try it. Gold has a hardness of about 2.5 to 3.0 on the Mohs scale. Glass, on the other hand, has a hardness of 5.5 on the same scale.

Try scratching glass with the piece of gold. If it scratches the glass, it is definitely not gold, or is mixed with other metals and the purity is very low.

Both pure gold and silver are non-magnetic. If a bullion coin sticks to a magnet, it’s a counterfeit. Much of China’s counterfeit bullion is produced with iron-based planchets. And a magnet is a cheap, easy way to spot this kind of counterfeit. But like the ring test, a magnet can’t indicate a coin’s metal content with precision. As a good example, the counterfeit silver coin that I showed you above is not magnetic either. But it’s still a fake.

Acid tests, however, haven’t gotten any safer since Woodstock. And even with the obvious danger of playing with dangerous chemicals aside, acid tests always damage a tiny portion of a coin, devaluing it. So the acid test isn’t exactly ideal for investors with small bullion holdings. However, if you own a large amount of bullion, testing a few coins from of your horde wouldn’t hurt.

9. Use a Counterfeit Gold Coins Detector

The most popular counterfeit gold coin detector on the market today is the Fisch Fake Coin Identification Gauge.

The downside to the Fisch Fake Coin Identification Gauge (as I see it) is two-fold. First, one detector doesn’t work for all gold coins. Fisch makes a total of seven different-sized detectors. So you might have to buy more than one if you have a lot of different gold coins to test, which brings me to the second big downside – the price.

The Fisch Fake Coin Identification Gauge can set you back as much as $170 per gauge. Again, I don’t have one, and can’t speak from personal experience. But I just can’t see myself paying $170 for what looks like a thick piece of plastic. Besides, it would be cheaper to take your bullion to have it authenticated by an expert.

The absolute best way to avoid being conned is to buy gold and silver bullion from accredited bullion dealers, and avoid private party transactions.

If you were sold counterfeit bullion, you can then take immediate action against the offending dealer, as opposed to waiting years and years only to find out you’re holding a worthless metal.

Also, it’s important to trust, but verify. It might be a good idea to buy from one dealer and get your investment appraised by another. Most of the time they’ll do it for free…

Take the time to learn about your bullion. It won’t take long. And I think you’ll find that it’s really very interesting. But more importantly, you’ll save headache and heartache further down the road. 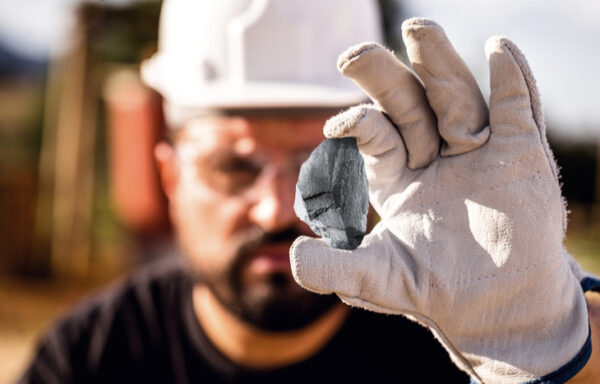 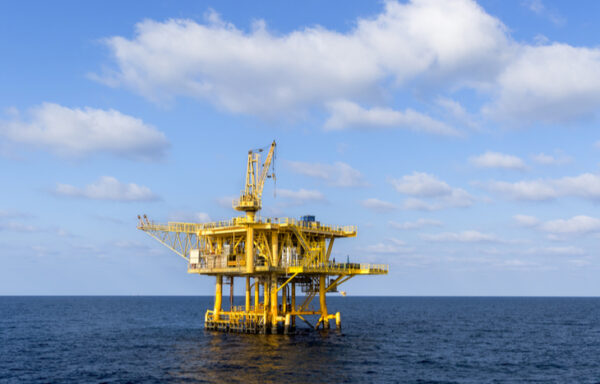