Imagine if the United States could derive 33% of its power from renewable energy eight years from now, and more than 75% in just 38 years.

Sounds like a tall order for our bi-partisan congressional bureaucracy that can’t come to a compromise on anything as of late.

But all we have to do is look across the pond to Europe’s most populous state and largest economy – Germany – to see a country that’s actually making decisions and taking steps to curb their carbon footprint and reduce their dependency on fossil fuels.

In a bold and futurist statement last year, Germany pledged to obtain a third of its power from renewable sources by 2020, and reach 80% by 2050.

When the country pledged to shut down all 17 of its nuclear reactors within a decade, it set foot on a path where it plans to replace around 30% of its energy (that’s currently produced by nuclear reactors) and replace all of it with renewable power.

Some might see this as outrageous and unrealistic, but with recent innovations in “virtual power plants” coupled with subsidies, Germany’s visionary future has become surprisingly plausible.

It’s time for a quick rundown. A virtual power plant is essentially a centralized control system that can manage a group of different power sources.

Think of wind turbines, hydro plants, solar and back-up systems that are working in full concert through a central control room that has the ability to deliver and control energy for peak use times and store surplus.

Using software-based systems, virtual power plants are designed to store immense amounts of power, which is important for green technologies like solar and wind that don’t produce energy evenly.

And virtual power plants are anticipated to help provide detailed information about what power supplies are available and even help predict their output in advance.

The good news is Germany isn’t the only country pushing for a virtual future. You might have heard the word “smart grid” thrown around in infrastructure conversations recently, and virtual power plants are part of that equation.

The smart grid idea is, in a nutshell, to have all users and generators of electricity connected through information networks.

Italy, the Untied Kingdom and the United States have already started putting in smart electric meters on residences, and hope to provide more power use flexibility to consumers, even allowing for discounts to those who save energy.

But at the moment, Germany truly is the country with the most ambition for a cleaner and more advanced power grid.

This system has established a way to intertwine a number of small green energy sources into a steady stream of electricity and government subsidies. By monitoring renewable power supplies digitally, RWE can tie them together into a large supply of electricity it can then sell on computerized exchanges.

Today the virtual power plant can produce about 80 megawatts of electricity. RWE is now offering this power to bidders on the continent’s largest market for trading energy, the European Energy Exchange in Leipzig

While selling energy to the exchange is regular business for the company, it’s quite another story for operators of renewable power technologies. This is the first time they have been able to sell their green technology to the exchange, which allows them to compete directly for power contracts with coal, nuclear and natural gas plants.

Now lets get to the subsidies, a word that some (like myself) are always skeptical of… and why not?

I’m truly a believer of free markets, where prices determine supply and demand.

Subsidies can be influenced by corporate giants looking for a bailout, and create surpluses of unneeded resources. And many argue that they can have no effect at all, only making beneficiaries wealthier that they otherwise would have been.

But in the case of decreasing carbon emission and reducing dependency on fossil fuels (a supply that will eventually run out, just simple math), subsidies for renewable power sources is a pill I can swallow for the greater good of our plant and our children’s future.

The German government gives heavy subsidies for renewable power, with this year’s number reaching about $18 billion.

Profound subsidies like this have generated a rush to build wind farms and solar arrays.

Problem is, these spread-out and irregular power sources have outpaced the ability for anyone to control them, creating unruly electrical flows on grids along with additional volatility in Germany’s energy market.

New Technology to the Rescue

The explosion of renewable energy sources being pumped into the grid has created strong growth and demand for Siemens and RWE since the launch of their virtual power plant.

Just by providing power to the energy exchange in Leipzig, they have quadrupled their output from 20 megawatts to 80 megawatts in only two months.

And RWE customers have really helped generate more power, as they’re now selling power they generate at their businesses and homes directly back to the grid.

It has been a sweet ride so far for the system. The virtual program might very well be able to achieve their original goal of reaching a 200-megawatt capacity by 2015 by the end of this year… not too shabby.

Reaching a 200-megawatt capacity would put the virtual power plant in the same weight class as some natural gas-fired power plants. And the sky is the limit as the system could continue to increase capacity.

Hard subsidies given to renewable energy producers have really pushed development in Germany and boasted virtual power plant capacity. The current downside is that the system’s supply still relies on heavy government subsidies.

Good news is that in time subsidies might become inappropriate if power prices rise, which is very likely. Over time the system could evolve from a regulated machine to a more market determined one. And surely, if shown to be successful, other developed nations would follow suit.

Pike Research projects that the virtual power plant market could reach $7.4 billion by 2015. And both RWE and Siemens are in a position to profit from this growing market.

The two companies operate in the energy industry and are working to develop more environmentally friendly solutions.

RWE is an electricity and gas producer that also provides services and products on the transmission side, as well as power plant construction. They provide electricity to 17 million customers and gas to eight million in the Netherlands, Belgium, the U.K., Germany and other eastern and central countries in Europe.

Siemens is an electronics and electrical engineering company and provides a diverse range of products and services. The company works in six segments of energy, healthcare, equity investments, industry, financial services and IT solutions.

So while there are some small differences in what both companies do to make a profit, both are working on smart grid and virtual power solutions to help boast their bottom lines.

And if I had to choose one I would prefer to jump onboard Siemens. Take a look at the chart below for a quick comparison:

Reviewing the breakdown you can see that Siemens beat RWE in every category except dividend yield. And as we have mentioned before at Investment U, picking stocks solely on the fact that they have higher dividend yields can get you in trouble.

So yes, RWE pays a 6.06% dividend yield compared to Siemens 4.2%. But if you dive into the company’s payout history you’ll see that RWE’s dividend has been shrinking while Siemen’s has been growing.

Over the past three years RWE’s dividend has decreased 23.60%, while Siemen’s has grown 22.92%. As an income advocate, I will always choose a company that’s growing its dividend over one that’s shrinking it; that’s a no-brainer.

And let’s take a look at the debt to equity on both stocks. A lower debt to equity percentage means that a company is using less leverage and holds a stronger equity position. Siemen’s is much lower at 57.83% compared to RWE’s at 128%.

Add on top the fact that Siemen’s has better revenue growth, profit margins, earnings-per-share growth, return on equity and operating margins, and the true winner starts to shine.

Not to mention RWE’s CEO Jurgen Grobmann recently stated “the coming years will be difficult for us,” as the company is in the process of a corporate reorganization.

When you hear the word “reorganization” and a negative statement about future performance from a company’s CEO, it should instantly raise a red flag in your head. No use trying to capture a dividend on this one.

Raise Your Green Glass to the Future

And what ever your beliefs are on developing cleaner energy sources with the help of subsidies (I’m sure we’ll receive some feedback from IU readers on this), the virtual power plant system will at least promote green energy production by allowing for small creators to bid alongside the big energy dogs.

So while time will only tell if Germany will be able to achieve their ambitious goals of obtaining one third of their power from renewable energy by 2020 or 80% by 2050, companies like RWE AG and Siemens will still be on the receiving end of German investment and subsidies for some time to come.

I would just be more inclined to pick up shares of Siemens over RWE for the reasons that we have discussed above.

The views and opinions expressed in this article are those of the author and do not necessarily reflect the official position of Wall Street analysts.

Tata Motors and Its Bet on Air Powered Cars 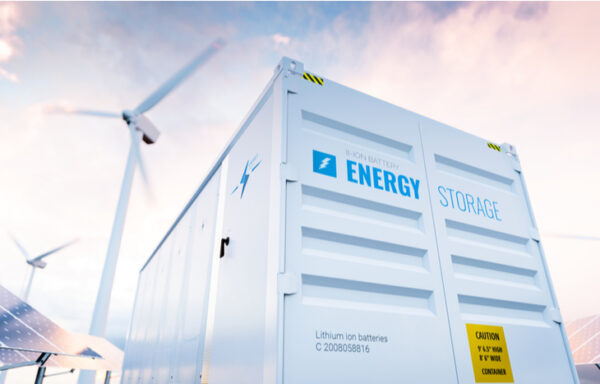 Fluence IPO: What Investors Should Know about FLNC Stock