How Will We Deal With All the Debt?

Most people seem to accept the fact that debt is piling up in an unsustainable way.

The federal government’s deficit for 2019 should come in around $1 trillion. That’s the equivalent of about 5.1% of our gross domestic product (GDP). And it will push the total federal debt to more than $22 trillion.

So we’re 10 years into this bull market, yet we’re annually adding debt equal to 5% of the entire economy. That’s crazy.

What will happen during the next recession? The deficit could easily climb to $2 trillion or $3 trillion. We currently pay around $500 billion in interest on that debt. And it’s not the only pile of debt around…

Corporate debt is also a huge problem, as I highlighted earlier this year. 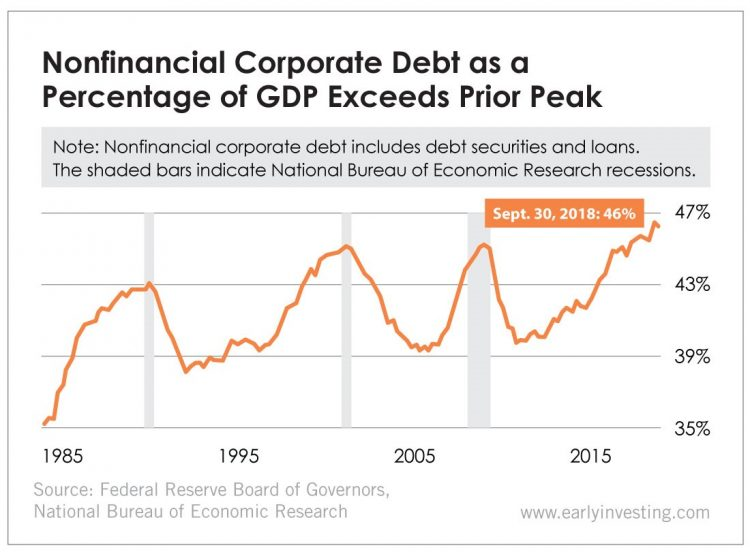 Here’s the aspect nobody ever talks about: How the heck are we going to deal with all the debt?

As I see it, we have very few options…

I believe the powers that be will choose No. 3. The other options simply aren’t viable in this environment. If we raised taxes enough to pay for all this debt, along with the $100 trillion-plus in unfunded liabilities that are coming, the economy would basically stop working.

We can’t tax our way out of this one. Wealthy people would flee the country, as they did in France in 2015. Ten thousand millionaires left France that year.

And cutting government spending 40%? Not going to happen (yet). The forces that benefit from this spending are still too powerful and influential.

Inflating Away the Debt

For now, inflation is the only real option. For a while my prediction has been that the Fed will print money to fund U.S. deficit spending. This is known as “monetization.” And eventually it will stoke serious inflation. I believe this is why we’re hearing so much about Modern Monetary Theory, which is essentially just deficit spending combined with monetization. We’re starting to see this play out now.

And if that doesn’t cause enough inflation, then I bet the Fed will do just about anything to make it happen. It might give out $25,000 checks every year to every citizen. Or fund huge development projects with newly printed money.

Historically, inflation is how governments tend to deal with unpayable debt. After World War II, the U.S. public held a record amount of debt: 108% of GDP. Economists from Dartmouth College and the University of California, Santa Cruz explain how we got the debt down to a more manageable level:

In 1946, the debt ratio was 108.6 percent. Inflation reduced this ratio about 40 percent within a decade.

This is a story we see over and over again. After World War I, World War II and the Vietnam War, we had periods of high inflation. Today, we’ve been at war for almost 20 years.

Inflation is horrible, but many see it as the least horrible option. People are adaptable. We can survive surprisingly high levels of inflation. And citizens don’t complain about it as much as they complain about taxes.

So I think that’s how the U.S., and other highly indebted countries around the world, plans to deal with all this debt.

Unfortunately, it’s very hard to put a timeline on this. These types of events tend to be drawn out over a decade or so.

But it does seem like things are beginning to heat up. For the first time since the financial crisis, the Fed is providing liquidity to the overnight repo markets (now up to $120 billion a day).

The Fed also just announced that it’s buying $60 billion in Treasury bills per month. This is effectively monetizing the deficit (paying our bills with newly created money).

I think the Federal Reserve is just getting started. And over the last 20 years, I’ve learned to never underestimate central bankers, especially the Fed. It will go to extreme lengths to prevent deflation, and, unless it acts drastically, that’s what we’re going to get. 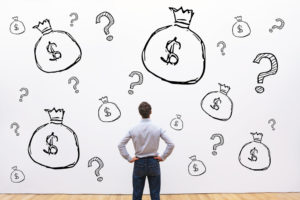 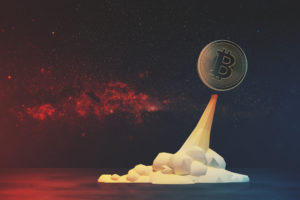 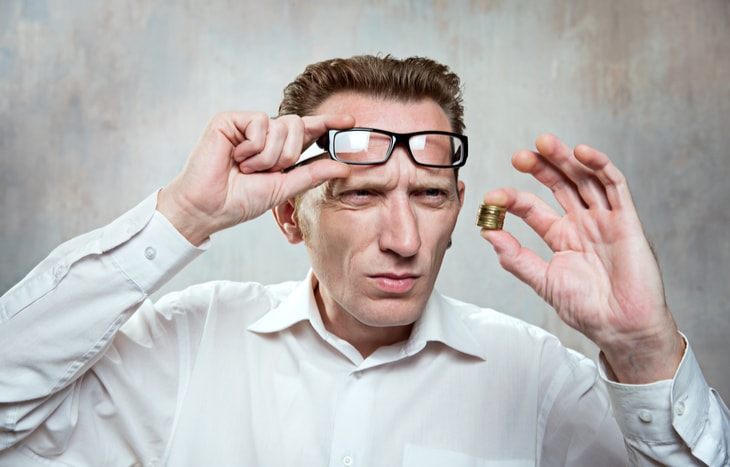 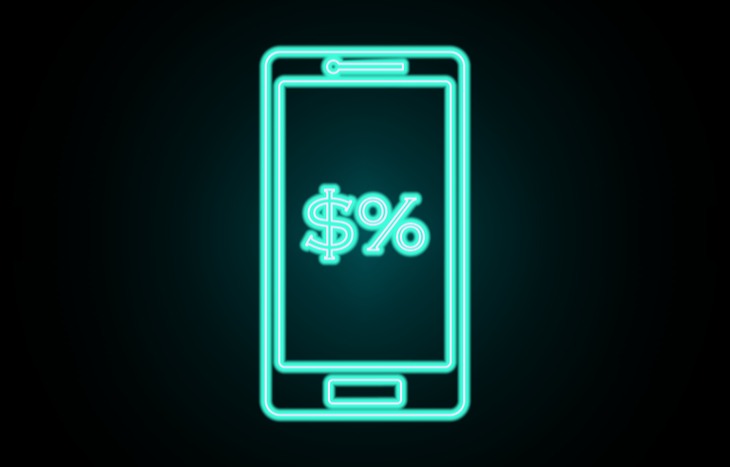