In the seven years that I monitored Capitol Hill for my hedge fund clients, I delved deeply into fiscal policy, economic policy, monetary policy and financial market regulation. All of them are quite complicated.

But by far the trickiest policy area I covered was healthcare.

Yes, it sounds like a nearly impossible move Olympic gymnasts do on the rings.

It’s not that, but it’s equally difficult, despite what Sen. Elizabeth Warren tells you.

The Iron Triangle is the concept that a nation can’t simultaneously improve the cost, quality and access of its healthcare system. Improve one component, and another suffers. Increase, say, the quality of care or the number of people covered, and you’re going to drive up the cost. Lower the cost of the system, and you’ll diminish overall quality or kick some people off the rolls.

Obamacare succeeded in increasing access, bringing health coverage to 20 million additional Americans, but it was unable to decrease costs. And critics argue that quality of care suffered in many places too.

To be fair, most people would agree that good health is worth paying good money for. And wealthier countries like the U.S. tend to spend more on healthcare. They want more of it, and they can afford it.

It strikes me that in a wealthy society like ours, everyone should have access to some form of healthcare. Unfortunately, emergency rooms serve as the primary healthcare provider for many poor and uninsured Americans today. It’s highly inefficient to provide healthcare at the last moment when it’s most urgent and most expensive.

Yet expanding rudimentary health coverage to the 28 million people within our borders who lack it will come with a cost. Anyone who tells you it won’t is, well, lying.

And that brings me to the Medicare for All plans being touted by leading Democratic presidential candidates Elizabeth Warren and Bernie Sanders.

Warren says she’ll implement universal coverage by expanding Medicare spending by $20.5 trillion over a decade, without increasing middle-class taxes by one penny.

So who will pay for this plan? The usual suspects mostly: corporations and the wealthy. There will be new taxes on both. And the plan includes a new financial transactions tax on sales of stocks and bonds, which would impact investors like you and me. These taxes would pay for the Medicare expansion without any new taxes on the middle class, Warren says.

Larry Summers, Obama’s former chief economist, calls it a very bad idea. The Warren plan’s heavy taxation of businesses, wealthy individuals, and investors could put the U.S. economy into uncharted and dangerous territory, says Summers, who isn’t exactly a shill for the wealthy.

Worse, many analysts of Warren’s plan – including The Economist and The Washington Post – found it to be overly optimistic and questioned the accuracy of the arithmetic used to make it add up.

Basically, they found that the plan violates the Iron Triangle by claiming it can decrease overall health spending (partly because government spending is in theory more efficient than private-sector spending), while increasing access, without any hit to quality.

For a very educated opinion on the matter, I turned to our own healthcare expert, Income Expert Marc Lichtenfeld. He was very candid. 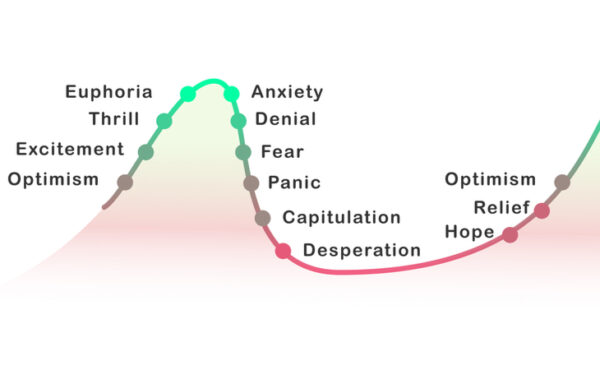 Financial Literacy What is Stock Capitulation?

Financial Literacy How Are Stocks Taxed? A Guide for Capital Gains