Pot Stocks Get Creative in Midst of Continued Bear Market

The broader markets are deep in the green for 2019.

And investors are feeling euphoric that a Santa Claus rally will push the indexes to new heights before the new year.

But there’s been one bulb out in the market’s string of lights… cannabis.

Pot stocks have had a 2019 to remember. Though not for the reasons we wanted.

But it doesn’t mean there aren’t bright spots or light bulb changes on the way. And we’ve recently seen once again how the sector continues to evolve.

High on the Holidays

This year, consumers are feeling relaxed.

And part of it might have to do with weed.

But bud is flying off the shelves as well.

Marijuana sales on “Green Wednesday” – the day before Thanksgiving that is cannabis’ version of Black Friday – surged 63% over a normal Wednesday. Meanwhile, plain old Black Friday sales increased 62% over a typical Friday.

Americans increasingly popped into their local dispensaries before the family feast and frenzied shopping.

Interestingly, the biggest winners were extracts, which surged 159%. This was followed by old-school dried flower and then edibles. 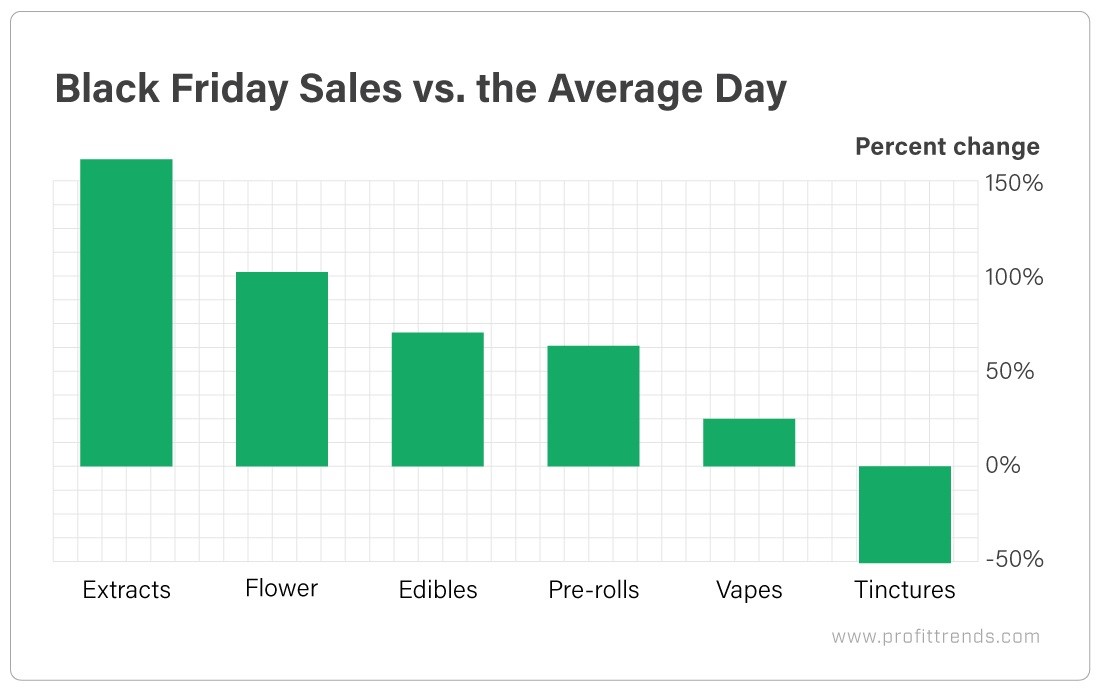 With big family gatherings and social holidays like Christmas and New Year’s on the horizon, we can probably expect similar pops in the days before each.

Cannabis companies are being forced to get creative.

And the industry is now taking a page from the biotech space.

For example, at-the-money (ATM) offerings have emerged as all the rage for cannabis companies looking to weather the current capital crunch.

This allows them to raise money by selling small increments of stock over time – at market prices – instead of issuing warrants, secondary offerings, leasebacks or underwritten deals.

Many of those increase liquidity and provide shares below market value. That’s only added to pot stock volatility and the weight on share prices.

But ATM programs are more attractive because the company can start and stop as needed.

This is a tactic biotechs used a decade ago to raise billions.

Last week, Cresco Labs (OTC: CRLBF) joined the list as the latest to hop on the ATM trend. It signed a deal with Canaccord Genuity Corp. for a $41.3 million ATM program.

So far, at least five Canadian licensed producers, as well as two American multistate operators and a real estate investment trust, have chosen the ATM path.

Though Cresco also recently announced it was abandoning its $120 million takeover of VidaCann. This is another popular trend we’ve covered. And I think we’ll continue to see it pick up speed.

2) Medicine Man Technologies (OTC: MDCL) has been on an acquisition tear, particularly in Colorado. And one of its acquisition targets, MedPharm, announced it’s launching a landmark, double-blind, placebo-controlled clinical trial in the first half of 2020. This trial to is to see how cannabis works to treat dementia and Alzheimer’s.

3) IM Cannabis (CSE: IMCC) made history recently. It became the first Israeli medical cannabis company to list on the Canadian Stock Exchange. And its CEO, Oren Shuster, will be my guest on Thursday’s CannaBiz Now!

The nanocap medical cannabis pioneer will hold an investor call tomorrow about its expansion in Europe and its third quarter results.

But the company has plenty to discuss as it prepares for the launch of its pet CBD products. 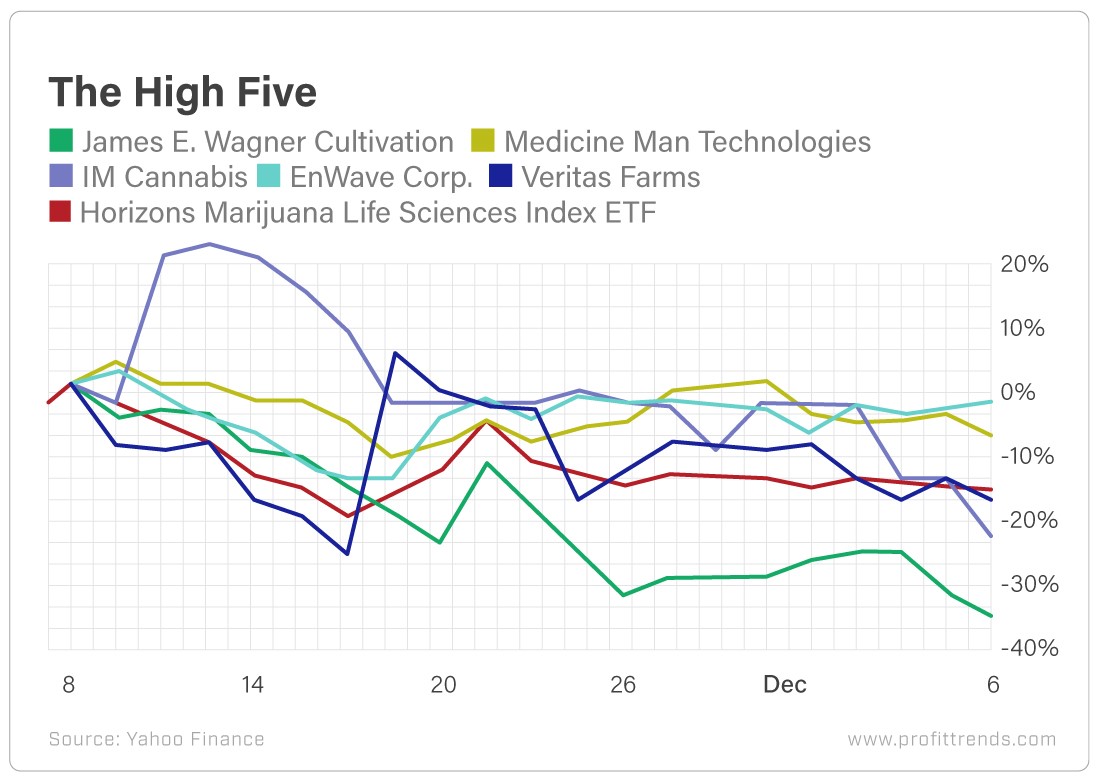 EnWave and Medicine Man have been the leaders during that stretch. Meanwhile, IM Cannabis, James E. Wagner and Veritas have lagged.

The mood right now among pot stock investors borders on clinically depressed. Despite all the positive news, cannabis shares can’t seem to find any footing to begin a new climb higher.

The Horizons Marijuana ETF continues to hover near 52-week lows. And since November 25, shares have traded below $7 as volume has petered out.

But in the U.S., we have a number of legislative successes recently. At the same time, sales in Massachusetts, Michigan and Missouri are off to blistering starts.

This week is the world’s largest cannabis conference, MJBizCon in Las Vegas. My team and I will be there. And I expect what we hear there will help plot investors’ courses for the year ahead. 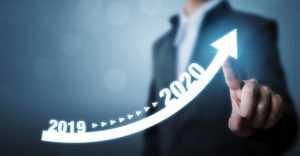