Profit Like Crazy in This Quarantined World (Part 1 of 3)

What I’m about to share with you in the next three days just might be the most important series of Trade of the Day articles I’ll ever publish.

I’m not exaggerating. Nor am I being overly dramatic.

For the next three days, please read Trade of the Day – in its entirety.

That is… if you want to stay safe, protected and profitable during these unprecedented market conditions.

You see, I truly believe that we’re at a crossroads in the world right now – one that’ll dramatically change the way we live our daily lives… forever.

What I’m about to outline for you is how to position yourself – from a financial perspective – to not only survive the dramatic life changes that are coming but also prosper in the coming weeks and months.

Now, before I begin, a quick note…

If you know me, then you know I’m not an alarmist. I don’t own any gold. Nor do I have a zombie bunker full of dried goods and a six-month supply of ammunition.

What I do have, however, is a market perspective that’s proven to be spot-on accurate over the last three to four weeks. Our War Room track record of 27 winners out of 29 trades in March is indisputable proof of this.

Together Karim and I have compiled a 93% win rate in the midst of one of the most dramatic market pullbacks in history. But I fear this is only the beginning to the market crisis.

So I have every intention of not only continuing to help you survive – but to help you radically prosper. That’s why I’m prepared to give you a full rundown of our trading game plan right here and now.

So let’s dive in…

Looking at the U.S. economy, let me explain why things could get worse – using nothing more than a back of a napkin and some good old-fashioned common sense…

In terms of the U.S., just consider these estimates – which I believe are actually conservative.

So for the sake of argument, let’s say that each of those drops by 50%.

As a historical benchmark, during the last recession, U.S. GDP fell by 4.3%.

So this means that what we’re looking at right now could easily be TWICE AS BAD as our last recession.

Oh, it gets worse…

That estimate does not even factor in consumer spending – which is 70% of U.S. GDP.

So when you think about this logically, it’s fair to say that things could get worse.

The big question is…

How do you play it?

That’s what I’ll be examining for you over the next three days.

Starting today, I’ll give you a play that made War Room members big-time money this morning…

The play was a buy recommendation on Planet Fitness (NYSE: PLNT) puts.

My rationale was simple…

I asked myself four questions…

Right now, who is going to go to a sweaty public gym and get on a germ-filled piece of exercise equipment?

Who’s going to store their clothes in a germ-filled locker room?

Who’s going to shower in a mold-infested bathroom?

And (probably most importantly), who is going to go sign up for a new gym membership right now?

As you know, Wall Street values growth. And right now, I believe Planet Fitness’ growth is negative. The company faces more gym cancellations – and no new memberships – over the foreseeable future. That’s trouble.

That’s why I played Planet Fitness puts this morning. And as you can see below, the stock got crushed.

Action Plan: Right now, in this new world of social distancing, an alarming number of companies stand to get absolutely crushed. I call this group “the Corona Killers” because the COVID-19 virus will soon bring their total business operations to their knees. Perhaps a better nickname would be “the Corona Victims,” but you get the idea.

I’m not being overly dramatic here – these companies could literally cease to exist in the months ahead. Just look at how quickly the airlines and the cruise sector got destroyed. This group represents the next set of dominos to fall – and I’ll share the remainder of the group with you tomorrow and Wednesday.

In the meantime, if you want to profit off the fall of these names, then you’re invited to join me in The War Room today!

Here’s what one member said about our Planet Fitness trade – he made 45% in one day! 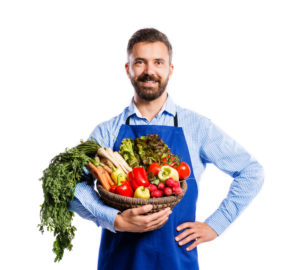