These Red Flags Signal When to Get Out of a Stock

Burton Malkiel, author of A Random Walk Down Wall Street, has a saying about financial statements and corporate accounting. “A firm’s income statement may be likened to a bikini – what it reveals is interesting, but what it conceals is vital.”

Maybe Malkiel could have phrased the quote differently, but it rings true nonetheless.

No matter how well the market is doing, unscrupulous investors can fall prey to accounting shenanigans. Indeed, many of history’s biggest corporate fraud cases, like WorldCom and Enron, played out during bull markets.

To protect your portfolio from this kind of misconduct, you have to dig into your holdings’ financial statements and look for red flags. Below, we’re talking about three accounting signals that indicate it’s time to get out of a stock.

This red flag is pretty self-explanatory. If a company gets its own financial statements wrong and has to issue a revision, that doesn’t bode well for its accounting practices.

Granted, there are a few nondubious reasons a company might issue financial restatements. If a company has recently divested from a big asset or spun off a subsidiary, it might issue a restatement to show shareholders the company’s finances with that asset excluded.

But otherwise, restatements are generally very bad signs. Like, “get out now” signs. Valeant Pharmaceuticals (NYSE: VRX) gives us a great example of how restatements are often the harbingers of bigger scandals.

Last year, it restated earnings after officials started investigating its relationship with specialty pharmacies. This eventually blew up into a massive scandal involving breaches of both accounting standards and medical ethics. It’s too early to say, but the scandal may well send Valeant stock to zero.

Earnings reports can make or break a stock. A skilled corporate accountant will do everything legally possible to polish those numbers… and sometimes a little more.

Fortunately, a company’s financial statements tell you a bit about what goes into those earnings numbers. When you look at EPS growth, make sure you also check out the growth rates of revenues and cash flows. If several of them are going in different directions, that’s a red flag.

In other words, watch out for companies that report earnings growth while other income metrics like free cash flow are falling.

An increase in earnings during a decrease in cash flow may signify that management is inappropriately reallocating money to make itself look more profitable. Marc Lichtenfeld explained more about the importance of cash flow analysis in this video.

Take Snap Inc. (NYSE: SNAP) as an example. It recently beat earnings expectations, but that doesn’t change the fact that it has negative free cash flow of -$677.69 million. Is it really a surprise that the stock cratered last week?

These are red flags that take a little more digging to find. In order to recognize a number as an outlier, you have to know its normal range. And to do that, you’ve got to regularly read the financial statements of companies you’re investing in.

It’s a pain in the butt, but an important one. Because uncharacteristically big (or small) line items are some of the most important accounting red flags out there. Big jumps in costs or revenues can indicate that a company is moving money around in a way that it shouldn’t.

In particular, take note if cost of goods sold (COGS) suddenly drops without a corresponding drop in revenue. As the name implies, COGS is a measure of how much a business spends producing and selling its goods or services.

If COGS suddenly plummets, but revenue stays consistent, then management may be pulling revenue from the future into the current period. A company can borrow from its future sales. But it doesn’t have to record the cost of those future sales, because they haven’t happened yet.

This practice isn’t strictly illegal, but it’s pretty sleazy. And more importantly, it signifies that the company has money troubles ahead. It’s never a good sign when anyone starts borrowing from the future.

If only bull markets meant that every stock went up. Investing would be much simpler – especially now.

But unfortunately, even the most profitable periods in the stock market are generally blemished by a few bad apples practicing bad accounting. Read the financial statements of companies you own, and look for red flags like the ones described above. It’s the best way to avoid being a shareholder in the next Enron, WorldCom or Valeant. 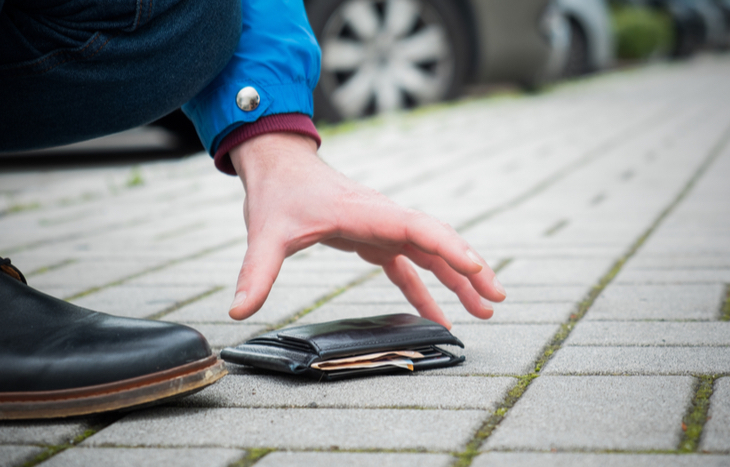