Calendar pages are rapidly falling away to November 3.

And regardless of the presidential election’s outcome, one of the biggest winners that night could be a recession-resistant industry on the rebound. 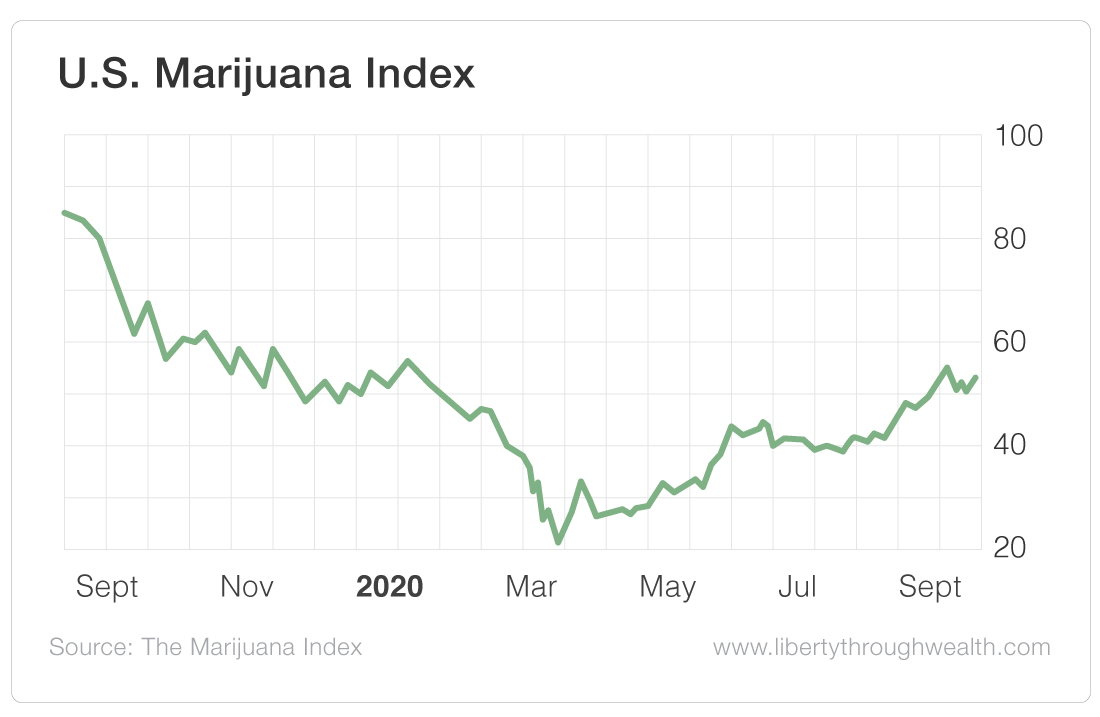 And this could merely be the first leg higher of a much larger rally.

Over the next couple of months, the U.S. cannabis market will be on the cusp of getting even bigger. And this November, election night results could send shares of American pot stocks into overdrive.

In 2012, there were just two adult-use (or recreational) marijuana markets and 12 medical markets in the U.S.

Today, there are a dozen adult-use markets and more than three dozen medical ones. 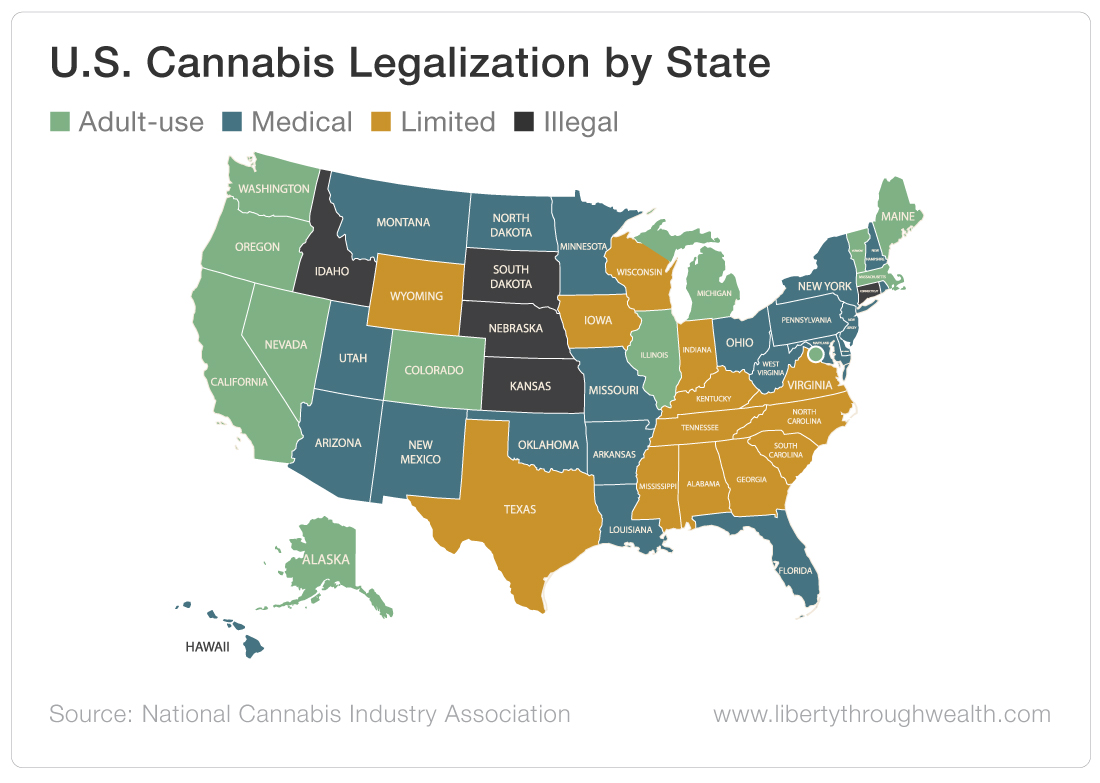 And despite the pandemic, business is booming. Adult-use sales in the country are projected to top $10 billion this year. And medical sales are forecast to be as much as $7 billion.

That’s fantastic growth in the face of one of the most disruptive global events in decades.

Plus, Pennsylvania Governor Tom Wolf wants the state legislature to legalize adult-use in the face of a budget shortfall.

This is likely to be repeated again and again in the coming months as the pandemic ravages businesses.

On top of that, the Marijuana Opportunity Reinvestment and Expungement (MORE) Act will receive a full floor vote in the U.S. House of Representatives this month. If passed, it would remove cannabis from the Controlled Substances Act, as well as expunge some criminal records.

There’s little doubt the bill will pass the House. And that’ll provide a tailwind for cannabis companies. But the updraft could be short-lived.

Last year, the House passed the Secure and Fair Enforcement (SAFE) Banking Act. But it stalled in the Republican-controlled Senate.

The next couple of months are going to be important for the American marijuana industry. And if Democrats win the White House or the Senate, expect pot stocks to rocket higher.

But in reality, American MSOs are already winning.

But it’s important to understand that American cannabis companies are already scoring big. And the latest quarterly results demonstrate this.

Earlier this year, Green Thumb Industries (OTC: GTBIF) became the first cannabis company to report $100 million in revenue. In its most recent quarter, sales surged 168% to $119.6 million. The MSO has now made more in the first six months of 2020 than it did in all of 2019.

But the crown is awarded to Trulieve Cannabis (OTC: TCNNF). It reported a 109% increase in revenue to $120.8 million. The company also raised full-year guidance to between $465 million and $485 million. That’s almost a $100 million increase from its previous forecast.

There are no cannabis producers – American or Canadian – as large as those four in terms of revenue. And their share prices this year have left the Horizons Marijuana Life Sciences Index ETF (OTC: HMLSF) in the dust. 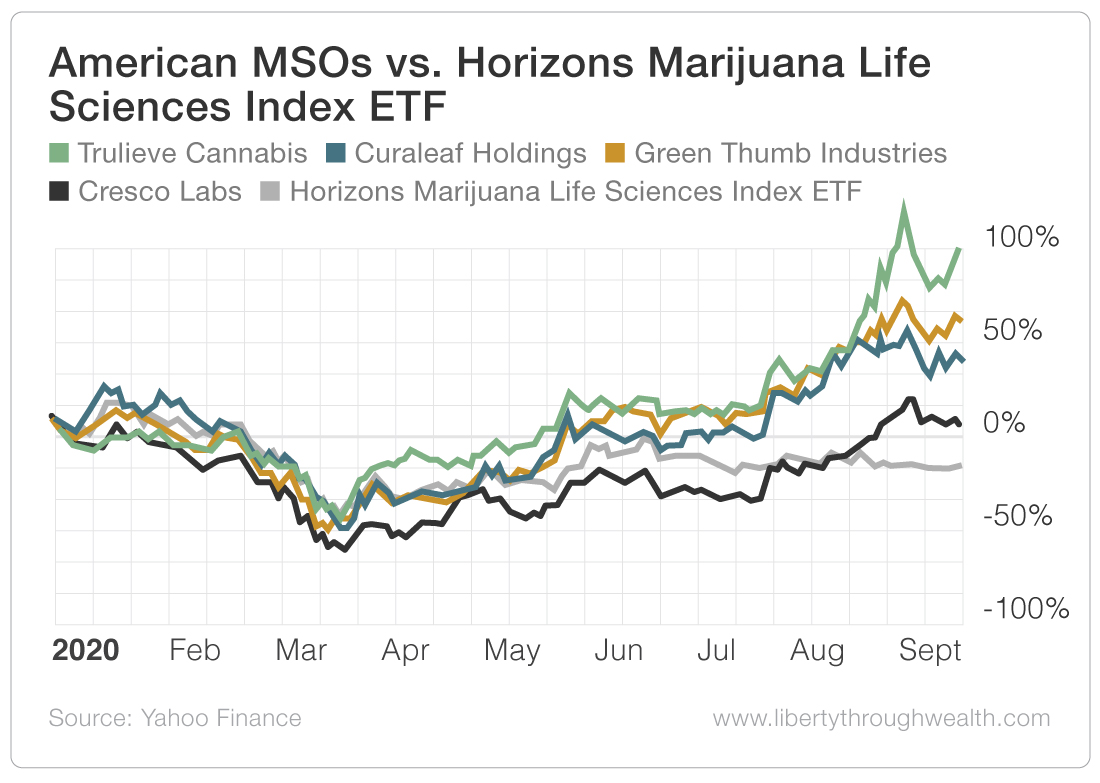 Its business has been undented by the pandemic because it was deemed essential.

Despite the dumpster fire that 2020 has been, it’s been a rebound year for cannabis.

But over the next couple of months, the prospects for U.S. MSOs could get exponentially brighter. And that would send their shares on a run unlike anything we’ve seen in years. Even better, the American cannabis market would be large enough to support more than one major MSO. And that’d be good news for investors… especially those with a multiyear time horizon. 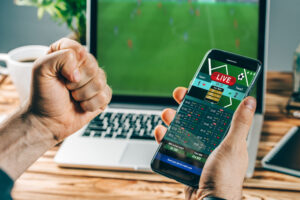