Will they or won’t they?

That’s the question investors around the world are asking about the Federal Reserve this week. Markets have already priced in (or assumed) that the central bank will cut interest rates by 50 basis points in July. But it’s not a sure thing.

If a half-percentage-point decrease in interest rates seems like a minor thing, know that it’s not. What the Fed decides to do at this particular junction has major implications for investors.

The Fed’s new stance on interest rates could help extend the bull market and guarantee investors don’t lose their shirts. The danger is it could also give us Zimbabwe’s economy (well, a move in that direction). 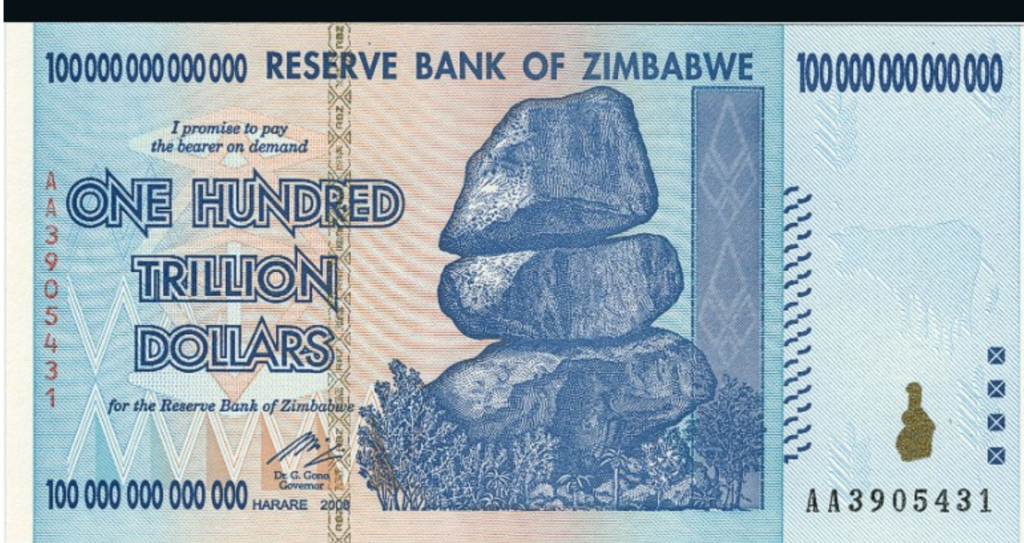 The chart below shows 75 years or so of the federal funds rate, which is the tool the Fed uses to move other interest rates up or down and influence lending and credit throughout the economy. The gray bars represent recessions. 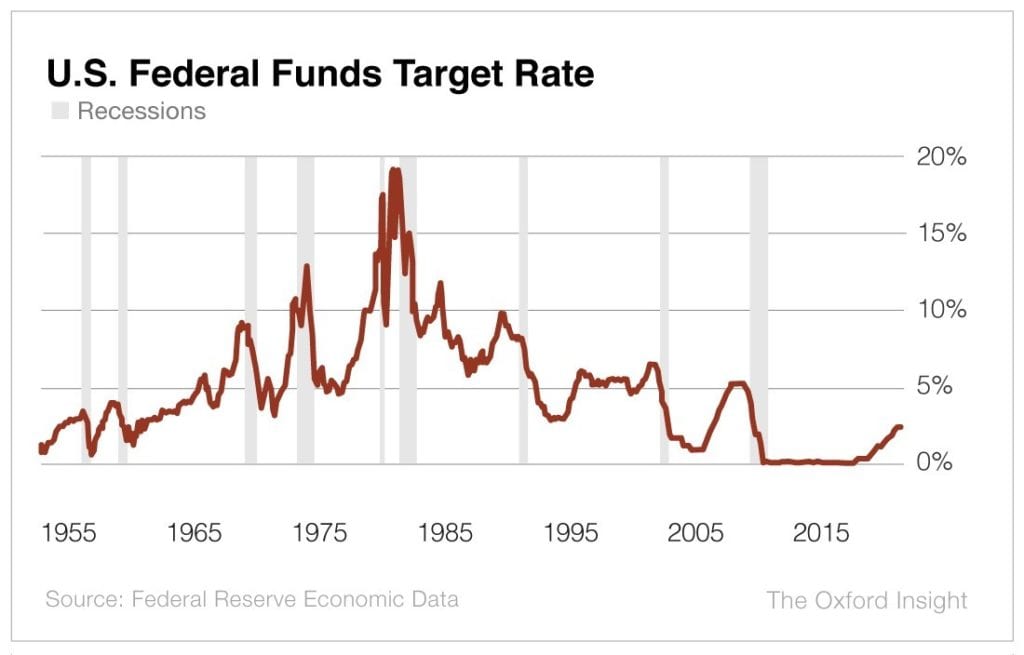 When recessions occur, the Fed cuts rates to spur lending. Credit, they say, is the mother’s milk of economic activity. With it, people and businesses can start consuming and investing in their businesses even if they don’t yet have access to the cash they need.

But usually the Fed waits for something bad to happen – a recession, a huge spike in unemployment, a national disaster, etc. – before cutting rates. It also usually pushes its target rate to a much higher level before beginning a new rate cut cycle.

Since the 1960s, rate hike cycles have peaked above 5% – and sometimes well above that level.

Not so this time. The Fed has signaled in no uncertain terms that it is done hiking, with the target rate only at about 2.4%.

Now take a look at this chart… 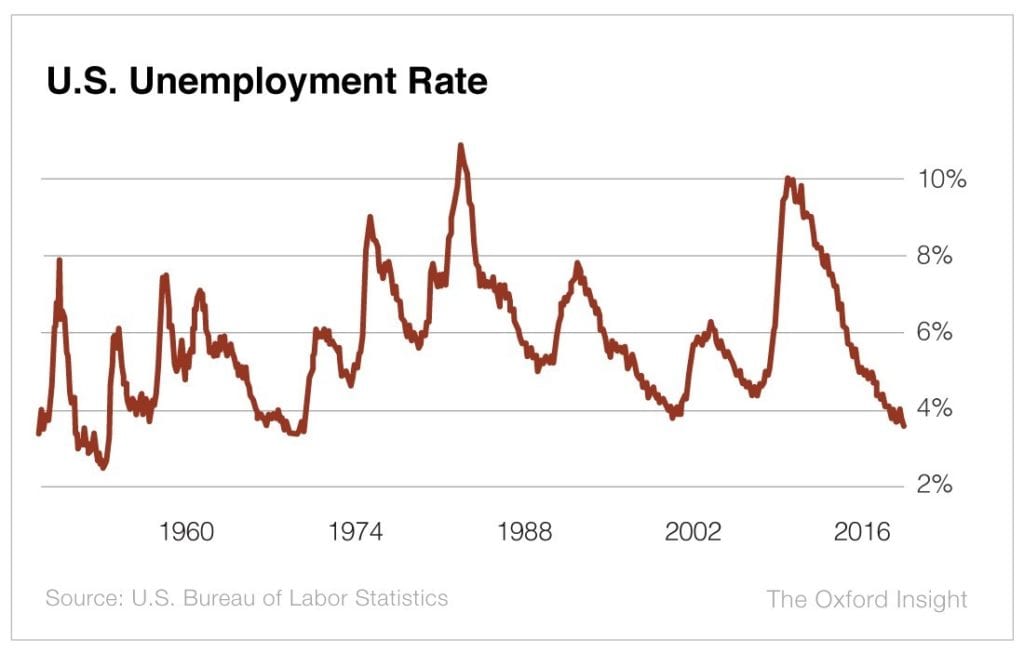 Today, unemployment is at 3.6%, a near-half-century low. In the past, 5% or so unemployment was considered full employment for the U.S. Below that level, the Fed would look to hike rates out of concerns that a lack of available workers meant wages would rise and – the horror – a dreaded inflation spike would be right around the corner.

Hyperinflation led to the creation of that ZW$100 trillion banknote pictured above.

The Fed’s dual mandate from Congress is to push unemployment as low as possible while keeping inflation contained and prices stable.

And while there’s been some softness in recent economic data – manufacturing output and the May jobs report, among others – the Fed seems to be taking other factors into consideration when it sets interest rates.

So the Fed is watching the stock market too.

“If the Fed cuts in July, it will be as much to manage market sentiment as to address economic weakness in the U.S.,” says ETF Strategist Nicholas Vardy.

And the Fed seems to be reacting to bullying by the White House too. Trump has repeatedly called on the Fed to cut rates and has mulled over firing Fed Chair Jerome Powell (whom he nominated to the post).

“With 2020 elections coming up, there is a lot of political pressure on the Fed to make sure the economy is firing on all cylinders come November 2020,” Nicholas adds.

And who would complain about an economy firing on all cylinders? We investors wouldn’t.

But there are potentially dire consequences associated with having a central bank too closely aligned with the executive branch. It’s widely believed – with much data to back it up – that independent central banks perform better on keeping inflation in check. (Keep in mind, the Reserve Bank of Zimbabwe is 100% owned by the government.)

The flip side is something called the “Powell put.” As mentioned above, the Powell Fed seems willing to take measures to keep the stock market from correcting too dramatically.

For example, when markets recently tanked on fears that trade negotiations with both Mexico and China were worsening, Powell acted. On June 4, he said he was “closely monitoring” trade negotiations and would “act as appropriate to sustain the expansion.”

That was enough to spark a huge market rally – with the Dow rising more than 512 points, its biggest one-day gain since January.

Such reactions have investors believing they essentially have a put option in Powell. That is, no matter what happens, he will guarantee that equities will not fall below a certain level.

But some investors want an alternative route to an extended bull market. “I would prefer no interest rate cuts due to a resolution of trade tensions and an economy that is strong enough not to require any extra stimulus,” says Chief Investment Strategist Alexander Green.

If you’re an investor, a Powell put may seem to be a nice guarantee to have. But always keep Zimbabwe in mind…