The Truth About Losses, Sizing and Greed

I’d like to open today’s Trade of the Day with a quote from Max Gunther’s The Zurich Axioms:

Accept small losses cheerfully as a fact of life. Expect to experience several while awaiting a large gain.

A big part of Smart Speculation is being properly positioned ahead of time for a future move to occur.

If executed properly – and your speculative position hits – you’ll be cashing in when everyone else is hearing about the payoff for the very first time.

Even if a speculative position doesn’t hit (which will happen), don’t worry – because you likely won’t suffer a catastrophic loss.

You see, part of the art form of Smart Speculation is structuring your plays in a way that allows you to get out for a small, manageable loss if you’re wrong… and hit grand slams if you’re right.

Follow this formula over time, hitting a larger percentage of winners than losers, and you’ll always come out ahead.

That’s what you’ll get with The War Room.

With that in mind, I also hope that you always play for meaningful stakes.

Here’s another quote from Max Gunther:

Only bet what you can afford to lose. You hear it in Las Vegas, on Wall Street and wherever people risk money to get more money. As most people interpret it, it is a formula that almost assures poor results. Consider this. If you bet $100 and doubled your money, you’re still poor. The only way to beat the system is to play for meaningful stakes.

Here’s how to apply this while in The War Room…

Everyone has different risk tolerances – so we cannot and will not field any individual questions on position sizing. However, I will say this: If you want to make $2,000 per day in the trading room… then don’t buy one $300 option contract and expect success. Even if you hit a 100% winner overnight, your $300 will become $600. While that’s certainly a great overnight gain, as Max Gunther points out, you’re still not rich.

When it comes to your own position sizing, set yourself a daily profit goal – and then get positioned to “make it count.” In other words, if your speculative plays go your way, be sure you’ve maximized your return.

Don’t be left saying, “Gee, I should’ve bought more of that play.” If you go into each speculative position with the proper allocations given your own preset goals, then you’ll be perfectly ready to make it count when things go your way.

And this flows right into greed…

I want to instruct you on the importance of setting your endgame. In other words, never fail to cash in your profits when you can. Here’s one last quote from Max Gunther:

Virtually every game you can think of comes with a defined start and a defined end.

When it comes to Wall Street, the game never ends. In fact, you’re always required to call your own endgame – which is unquestionably one of the most difficult aspects of investing. As the axiom says, most speculators fail to call their endgame, which leads to holding on too long… and eventually losing.

Never expect to bottom-tick your entry or top-tick your exit! Nobody in the modern history of the financial world has ever been able to consistently buy the exact bottom and sell the exact top!

Expecting to do so is nothing more than an exercise in futility and frustration. Every chance that it gets, Wall Street will mess with your mind and make you second-guess yourself – oftentimes making you feel stupid.

Don’t let this happen by using this simple trick: call your endgame and sell half.

Action Plan: If you ever find yourself asking whether to cash out or continue holding, always, always, always compromise by selling half of your position. That way, you’ve locked in some profits – but you’re still positioned to capitalize on future gains.

Sure, you’re potentially making less than you might have by not selling, but you also have the security of knowing that you cashed in a portion of your position when that little voice of reason inside your head told you to exit.

This is the best way to have your cake and eat it too – which, on Wall Street, doesn’t happen too often. After all, if you end up taking profits too soon – who cares? As a wise investor once said, nobody has ever gone broke taking profits.

If you want to know how to successfully set your endgame and much more, join The War Room today! 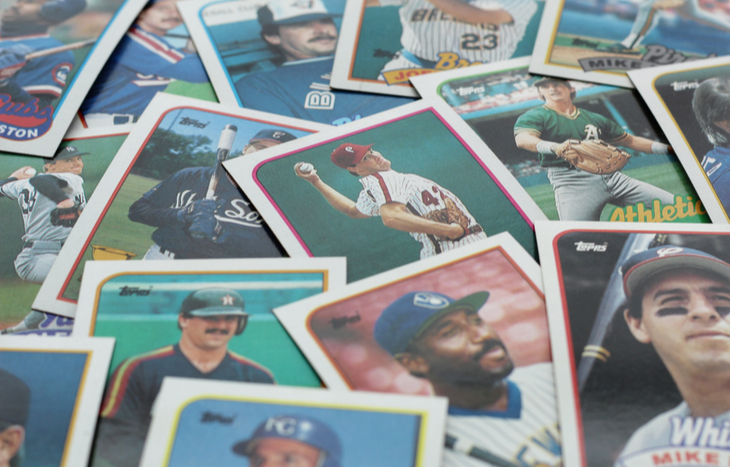 Types of IPOs: The Different Ways to Go Public

How to Profit From a Small Cap Index

How to Invest in Small Cap Stocks