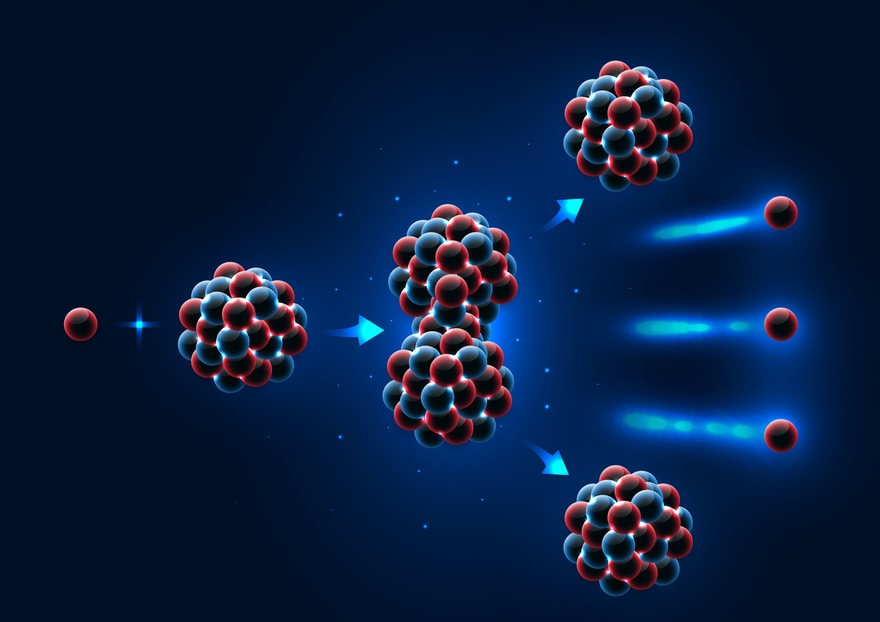 It’s no secret uranium prices have plummeted since the Great Recession and Japan’s Fukushima disaster. In 2007, a pound of U3O8 was worth as much as $136. By mid-February 2013, the same amount was selling for just $43.88.

Yet of all the places you could invest this year, I’d say one of the best investment opportunities will be the nuclear industry… especially in miners that export uranium to China. Why?

The reason is two-fold. Despite all the controversy surrounding it, global demand for yellowcake and nuclear energy is actually higher today than it was before Japan’s nuclear meltdown in 2011. And when it comes to China, there’s simply no other country like it, expanding as much, or as quickly, into nuclear energy.

Within the next 10 to 15 years, China is set to surpass the United States as the largest uranium-consuming nation in the world. 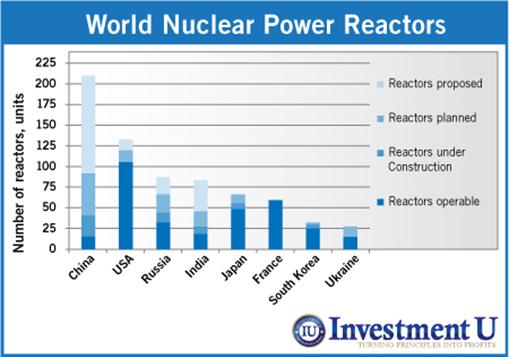 As Mining.com reported, “As of November 2012, China had 15 operating reactors (11.9 GWe of installed capacity) and 26 reactors were under construction (27.6 GWe). That amounts to about 42% of reactors under construction worldwide. Additionally, 51 reactors were planned (57.5 GWe) with their building due to start within three years, and many more than 100 units are proposed, which are likely to be commissioned before 2030.”

As you can see from the chart above, the United States currently has just over 100 operating nuclear reactors. Before 2030, China plans to more than double that figure.

If we assume the average nuclear reactor costs around $4 billion to construct and that China will follow through constructing its proposed reactors, this energy build-out could be upwards of $708 billion. It’s a massive undertaking, the likes of which have never occurred before in the nuclear industry.

But the reason it’s happening isn’t all good.

China is the most polluted country in the world. In Beijing, air pollution is so bad it hit hazardous levels 20 days in January. Other reports state you can actually see the pollution from outer space. Things are so bad, in fact, residents in Beijing right now can receive $19,000 in government subsidies when they purchase an electric vehicle.

Considering China uses nearly as much coal each year as the rest of the world combined, it makes sense that air pollution there is becoming its greatest health threat. Inevitably, China isn’t investing in nuclear energy because it wants to but because it has to.

It may not be great news for the nation. But for investors, this scenario creates a number of opportunities to potentially make money as China works to reduce its pollution levels.

A Blend of Risk and Reward

There are three reasons I especially like uranium miners who export to China.

Only time will tell if 2013 will be a banner year for uranium prices and miners. But things are heading in the right direction.

There are likely plenty more gains up ahead for investing in uranium.

And right now is an opportune time to get ready for the ride.