Why Everything You Know Is Wrong

Polls show Americans believe the American dream is fading, our children face limited opportunities and the country – if not civilization itself – is decidedly on the wrong track.

Yet this dour perspective – one recycled 24/7 by the national media – is a gross distortion of the world we live in.

Four years ago, I set out to counter this narrative – to tell what Paul Harvey called “the rest of the story” – in my book titled An Embarrassment of Riches.

I can already hear some readers objecting, insisting that the problems above are quite real.

So let me give you an analogy…

Imagine that I show a roomful of college students a five-minute video I’d made of a former basketball player. In clip after clip, the player can’t do anything right. He throws air balls, blows layups, misses rebounds, clanks free throws, double dribbles and steps out of bounds.

When the film is over, I tell my young audience, “The player’s name is Michael Jordan. What do you think of him?”

No doubt most would say, “My God, he’s terrible.”

Everyone else – especially anyone over age 35 – would lose their minds.

Not because Michael Jordan never shot air balls or clanked free throws. (As a longtime NBA fan, I saw him do both many times.) But because the video – though made up entirely of real incidents – is a gross distortion of the man’s abilities and career.

In short, I used real truths to create a false impression.

And the national media – through its prism of constant negativity – does the same thing to you and me every day.

Yes, we live in a world with crime, war, poverty and other serious problems.

Yet the news media makes no attempt to paint a faithful depiction of the lives most of us lead.

War between nations, civil wars, terrorist incidents, violent crime, domestic violence, child abuse and even abortions are all down.

We in the West work shorter hours, have more purchasing power, enjoy goods and services in almost limitless supply, and have more leisure time than ever before.

The human life span has nearly doubled over the past hundred years.

Living standards are the highest they have ever been.

Literacy and education levels – even IQs – are at all-time highs.

Technology and medicine are revolutionizing and saving our lives.

All forms of pollution – with the exception of greenhouse gases – are in decline.

By almost every measure, our lives today are wealthy beyond measure. We are cultural heirs to an embarrassment of riches.

Yet – thanks in large part to continual, downbeat news coverage – most of us don’t realize it.

The average person is like an unwitting lottery winner whose ticket is lost in some upstairs drawer.

The consequences of adopting a cynical but popular worldview are many, including depressed mood, missed investment opportunities… even a shortened life span.

For years now – both in my weekly columns and all four of my books – I have tried to counter this mindset.

And a few weeks ago, I gained a powerful ally: Steven Pinker.

Pinker is a Harvard psychologist, best-selling author and one of the world’s most influential thinkers, according to Time magazine.

His new book, Enlightenment Now, is a tour de force.

Using objective data, evidence and reason – not to mention 75 mind-blowing graphs – he demolishes the cynical attitude that pervades today’s public discourse by revealing how our lives are becoming not worse as many feel… but longer, healthier, safer, freer, less violent and more prosperous.

Not just here but – with the exception of a few unfortunate spots in the Middle East – around the globe.

The number and variety of ways the world is getting better will astonish you.

Americans today, for example, are 37 times less likely to be killed by lightning than in 1900.

How is that possible? Thank better weather forecasting, improved electrical engineering, greater safety awareness and – for those unfortunate enough to be struck – higher-quality emergency care.

Few books will literally change your perspective of the world. This one will.

Bill Gates – an avid reader as well as the world’s second-richest man – calls it, “My new favorite book of all time.”

Over the next few columns, I will unpack Pinker’s thesis – one that dovetails with my own – and demonstrate how adopting a more evidence-based worldview won’t just make you more upbeat and better informed…

It will make you a far more successful investor. 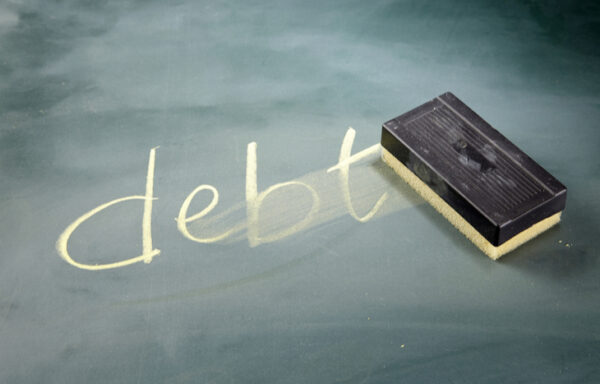