Thanks to accrual basis accounting, many expenses appear on the balance sheet before money changes hands. The company records these expenses, called accrued expenses, in the period they occur. They represent future liabilities, and appear as such on the company’s balance sheet. They’re instrumental in representing not only a company’s current financial health, but its future financial prospects, as well.

Here’s a look at accrued expenses and how they’re defined, as well as their purpose in establishing a company’s finances during a specific reporting period. 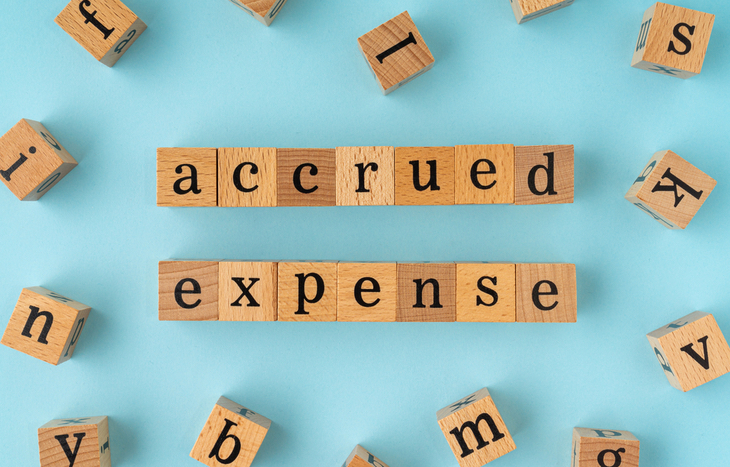 To understand accrued expenses, it’s important to be familiar with the matching principle of accrual basis accounting. This principle states that, “expenses must be recorded in the same period as the income to which they are related.” This is often what makes them “accrued” expenses. The company hasn’t received an invoice for goods or services yet, but has already received them. Therefore, the expense is a liability until it’s realized.

An Example of Accrued Expense

One of the best examples of accrued expenses for any business is utility cost. Utilities typically bill at the end of a three-month cycle, which means these expenses accrue for three months before they’re invoiced.

Accrual basis accounting dictates that at the end of each accounting period (month), a company needs to account for this expense somewhere on the balance sheet via an adjusted entry. The company used utilities for an entire month, without any expense or invoice. An accountant will debit the anticipated expense to the proper cost center (utilities).

But this only accounts for one side of double-entry accounting, which is a cornerstone of the accrual basis. The other side of the transaction is the accrued cost as a liability (accounts payable). The accrued credit is the same amount as the debit made to the cost center. This keeps the ledger in balance, while allowing the company to estimate ahead for future liability when the invoice for utilities comes due.

When the utility company sends an invoice, the process happens in reverse. The accountant will credit the accrual account with the cost on the invoice, then debit the proper cost center to pay the bill. This means the cost is no long accrued and is now a realized expense.

Consider the utility example from above—specifically electricity. The cost per kilowatt hour of electricity might vary month-to-month, as does the company’s electricity usage. The electric company can’t issue an invoice until the billing cycle ends, which means the expense isn’t known to either party. It’s the company’s responsibility to estimate accrued expenses to forecast its liability for future payment.

Are There Accrued Expenses for Cash Basis Accounting?

Because cash basis accounting records transactions when money changes hands, there’s no such thing as an accrued expense. For example, if an invoice covers utility usage from September through November and the company pays it in December, it only records the transaction in December. From a cash basis standpoint, there was no expense prior to the invoice, even though the company received a benefit that it would eventually pay for.

The downfall in this situation is that cash basis accounting results in sporadic balance sheet performance. On an accrual basis, the company would have accrued expenses to represent the liability of a future cost spread evenly across each month. On a cash basis, there’s one cost spike when the expense occurs. It makes evaluating the balance sheet difficult, especially over time.

One of the best examples of a prepaid business expense is insurance. A company may pay its full-year premium in January, but that expense doesn’t accurately reflect the period it’s recorded in, since insurance covers the entire year. In recording it on the balance sheet, the company will need to log it as a prepaid expense, then distribute the expense evenly over the next 12 months. This is the opposite of an accrued expense, where the company realizes the benefit before the cost.

Accrued expenses are an important peek into the future. It tells you what a company is likely to owe when an invoice comes due. By looking ahead and estimating, companies understand debts before they need to realize them. As a result, the balance sheet is more stable and less prone to spikes when the business reconciles its accounts payable.

To further advance your investment knowledge, sign up for the Investment U e-letter below. In fact, you can learn about various investment opportunities and gain financial expertise with our daily newsletter!

Investors who understand accrued expense can see it for what it is on a company’s balance sheet: a liability. That said, it can also be a positive. The company has already reaped the benefit of whatever it has yet to pay for. In many cases, this is advantageous. And, so long as the company has the cash to cover its accrued expenses, they remain, simply, part of cash flow operations.