Five of the Best Penny Stocks for Investors to Consider

Even the best penny stocks come with risk. There are scores of biopharmaceutical outfits with promising product pipelines. But sometimes they don’t make it to the shelf in time. This can lead to bankruptcy or cheap acquisitions for the competition. And that’s bad news for investors.

Same goes for mining companies. New or relatively small operations can go kaput in the blink of an eye. All it takes is a dip in value of the company’s target precious metal. If the company doesn’t have enough money in its coffers to stay afloat until its product rebounds… sayonara.

Now let’s imagine a new tech startup trading over-the-counter (OTC). It can get purchased by the competition before it even has the chance to make it to a larger index… leaving investors wondering “what if?” And, as 2008 proved, even major players in the banking industry aren’t too big to do lasting damage to investors’ portfolios.

Nonetheless, penny stocks have a special draw for both new and experienced investors. After all, anyone lucky enough to get in early and stick with them knows the effects the best penny stocks can have on a portfolio. 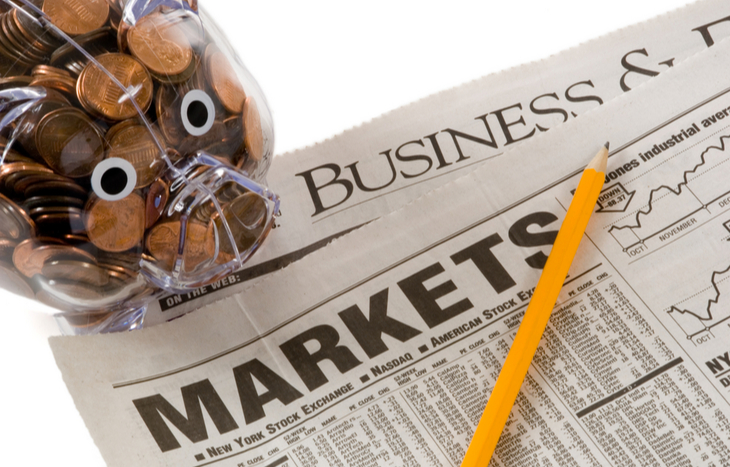 The simple truth is folks love to daydream about buying a cheap stock and watching it blast upward into a double- or triple-figure stock. Plus, there’s the fact that investing in penny stocks can be a way to get into an investment before the big money does. That’s because many institutional investors and mutual funds avoid stocks trading below $5 per share. But that just leaves more for the average investors.

Five of the Best Penny Stocks for 2022

Our first on the list of the best penny stocks is a healthcare-focused company. While its white papers offer a lot of promising notes for the future, clearance of the company’s recent FDA-approved medical device are what makes it a pick right now.

Avinger’s TIGEREYE product is nothing shy of groundbreaking. Technically, it is the next generation of image-guided chronic total occlusion crossing systems. For the regular person, this new device has the capability of delivering real-time imaging from within the blood vessel. The product saw a limited release at the end of 2020. However, it has now taken root in at least 30 clinical sites… And more than 160 cases have been successfully performed.

Building off its successful catheter product, Avinger’s TIGEREYE is the first and only (to date) image-guided system for the investigation of Peripheral Artery Disease. No small accomplishment considering this condition affects nearly 12 million people in the U.S. and some 200 million worldwide. TIGEREYE has the possibility to become the Xerox or Kleenex in its field… Even if copycat organizations are only a couple of years behind. But in the meantime, its big boost in revenue could result in big rewards for investors.

We’ve been hearing for years that robots will eventually take over the burger flipping at fast-food joints. And that is where things are are eventually heading… If for no other reason due to the current worker shortage in these positions. While it’s too late to invest in Flippy, the burger-tossing specialist, the impending rise of automation is still well within investors’ grasp.

Exela Technologies offers all sorts of workflow automation possibilities. Digital mailrooms, payment processing and even print communications are all in Exela’s wheelhouse. But what makes this one of the best penny stocks is its ability to connect clashing automation systems with one another.

If the future is automated, Exela is in a strong position to connect various processes into one streamlined, well-connected and well-oiled machine of efficiency.

Tesla (Nasdaq: TSLA) shares are probably a little rich for those looking for the best penny stocks. But anyone looking to invest in the future of electric vehicles (EVs) doesn’t need to clear out their bank account to get a sizable piece of the action.

At just a couple of bucks a share, this financial technology firm is doing its best to facilitate the adoption of commercial EVs. (This while also dabbling in other transformative industries.) As environmentally friendly solutions to complex problems become more pressing, Ideanomics is in a strong position to wield its powers in areas including mining, delivery services and large-scale construction. If the future is as electric as the likes of Canada and California promise, Ideanomics is a promising, young company that can play a major role in getting there.

The pandemic certainly didn’t do any favors to the travel industry. Even in China where the data we’ve had access to suggests it dealt with the virus swiftly, travel hasn’t exactly been robust. Part of the reason China evidently did so well was due to its extreme measures and vast limitations on travel. So naturally, Tuniu hasn’t been flourishing lately.

It is one of the leading travel companies in China. But with continued lockdowns, even the leaders have been having a rough go of it. However, with the country’s vaccine efforts coming along rapidly, the country’s tourism and travel industry is likely to see a nice boost as well.

We saw an uptrend in Tuniu’s share price at the start of the year and then again at the end of June. But it has since dipped back down again with the ongoing market volatility. However, the company expects year-over-year revenue growth to increase upwards of 320%. Because the company has already been able to withstand the worst of things due to its hefty amount of cash on hand, its future looks extremely promising in the coming months and years. All of this clearly makes Tuniu one of the best penny stocks trading on the markets today.

While tech and tourism make up the brunt of the best penny stocks on our list, we’re including this promising natural resources stock for the sake of diversification. But there’s good reason to consider investing in this company beyond simple diversification.

As its name would suggest, USAC produces – amongst other things – antimony. Whether you’ve heard of antimony or not, you’re likley to have used it. It’s a key metal used in the production of batteries. It’s also used in printing presses, bullets, paints, enamels and pottery. In other words, it’s everywhere in the modern world. And yet, antimony isn’t a target for many operations. So companies like USAC are poised to benefit greatly as batteries make it into more and more devices.

The company has also been making moves by acquiring additional properties to harvest antimony from Mexico. It also owns the Bear River Zeolite Company. Zeolite is another oft-overlooked mineral. But it plays a crucial role in domestic and commercial water purification. So even though USAC’s major offerings aren’t exactly household names, their uses certainly are. And that makes this one of the best penny stocks to consider adding to your portfolio this year.

The Best Penny Stocks for 2022: The Bottom Line

All five of these companies are poised for major growth in the coming years. But due to their relatively young nature and relatively small market cap, there’s a lot that can happen between then and now. However, if they manage to overcome their growing pains and difficult market conditions, in the coming years, there’s a good chance investors will be handsomely rewarded for their investment.

That being said, none of these quite qualify as “all-in” investments. Always be mindful of position size. And never invest more than you can afford to lose – especially when it comes to volatile penny stocks. Because even the best penny stocks come with a fair share of risk.