Healthcare SPACs: An Industry on the Rise

Healthcare SPACs are bringing new opportunities to market for investors. As an industry known for innovation and breakthroughs, the healthcare sector is increasing in popularity. And SPACs are helping investors get access. 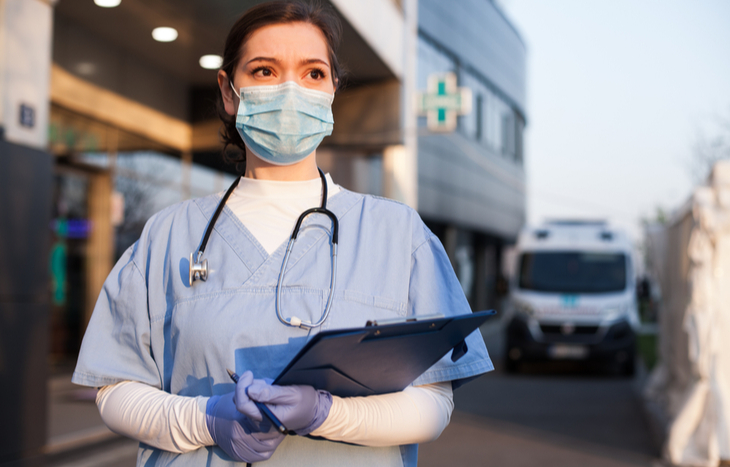 What Is a SPAC?

“SPAC” stands for “special purpose acquisition company.” SPACs are also known as blank-check companies. SPACs don’t have business operations. Instead, a SPAC goes public to raise funds. That money is then put into a trust while the SPAC looks for a company to acquire.

A SPAC usually has two years from the time of its IPO to find an acquisition. Once the SPAC finds a company to acquire and both parties agree to the deal, the acquired company becomes publicly traded on the stock market as a result.

The SPAC IPO trend became popular in 2020 and has continued into 2021. According to Renaissance Capital, 248 SPACs went public in 2020. Moreover, there were 613 SPAC IPOs. But we’re going to focus on a specific industry: healthcare SPACs.

The healthcare industry got a major boost due to the COVID-19 pandemic. From quarantines to emergency-rushed vaccines, the pandemic brought many changes. And some healthcare companies have benefited from the new trends.

Telemedicine is when a doctor and patient communicate online. They can use video calling to evaluate, diagnose and treat certain issues. When people needed to stay home to quarantine, they still had access to medical care. Medical practices across the globe adopted the procedure. It creates accessible care for everyone, regardless of ability, illness or age.

The other thing Hernandez pointed out as a beneficiary of COVID-19 was medicine. The FDA recently approved the third vaccine for emergency use, but the first two use a different type of therapy.

Both Pfizer and Moderna used messenger RNA (mRNA) technology to create their vaccines. Many companies are looking at mRNA as a molecular therapy for various illnesses. And the COVID-19 vaccines are only the beginning. After the emergency approval and success of the vaccines, biotech companies are one step closer in the process.

In recent years, the healthcare industry was the most active in public listings via IPO. But a traditional IPO is a long and expensive process. And that can be difficult for smaller companies. As a result, some analysts think SPACs will be the new normal for companies looking to go public.

There are many who favor not just healthcare SPACs but SPACs in general. They’re cheaper, faster and, in some cases, less risky. In fact, Hernandez told me he’s “very favorable toward SPACs.” Here are a few of his reasons…

The first reason Hernandez gave me was SPACs’ ability to protect investor capital. When investing in a SPAC, investors trust its management to pick the best deal for the company and for its long-term investors.

The second reason he named was investor voting. Investors often get a say on whether or not they like the deal the SPAC found. However, it’s important to note that this isn’t always the case. Some SPACs have sponsors and affiliates with enough power to vote without public shareholders.

The next reason is pricing. With a traditional IPO, the pricing range isn’t set. It’s determined by a number of factors, such as market conditions and investor demand. As a result, the pricing can change multiple times, and sometimes the company doesn’t know what the pricing will be until the day of its IPO. With a SPAC IPO, both companies discuss and agree upon a specific deal.

The final reason Hernandez gave is that SPACs are easier investments to exit. According to the SEC, SPAC shareholders have the option to remain a shareholder or to redeem their shares and receive the pro rata amount. This can be done when the SPAC identifies a business combination or after the transaction is completed. All SPACs are required to provide information on redeeming shares in their prospectuses.

Now that we have a better understanding of the industry and SPAC IPOs, let’s look at what a healthcare SPAC looks for in a target.

This was a question I made sure to ask Hernandez during our conversation. During his time in the healthcare industry, he founded or led eight companies in the healthcare or pharmaceutical sectors. So who better to ask what healthcare SPACs looks for in a company?

“The first thing is a company needs to be ready for the public market,” he said. Many companies will take steps leading up to an IPO to make it the best it can be. This can be new management, policies or product offerings that excite investors. But a company also needs to show promise of growth, long-term opportunity and provide audited financials.

Hernandez also said, “You have to look at the technology or product.” What does the company have to offer? Did it just create the first vaccine for a disease? Or does it provide software for services such as telemedicine to connect patients and doctors? Understanding a company’s business is key in investing.

“What Makes Your SPAC Unique?”

Healthcare SPACs are becoming more popular. That means there’s quite a bit of competition in the market.

In response to this question, Hernandez told me…

I think we’re a unique SPAC. We knew there’d be mega SPACs. If you look at the spectrum, a lot are really large, and elephant hunting is a hard exercise. We decided to do a small SPAC. Why? When you look at the IPOs in [biotech and healthcare], it gives a broad range of value.

He went on to point out that many of the larger SPACs aim to raise a lot of money for a bigger deal. He believes most are afraid of putting together a PIPE, or private investment in public equity.

PIPEs are usually made up of accredited investors and often part of a SPAC deal. When the SPAC doesn’t have enough for the merger, a PIPE is used to make up the difference. And Hernandez claims he has no issue with using a PIPE because it offers more flexibility to make the best deal possible.

Blue Water Acquisition went public in December 2020. It raised upward of $50 million, which is now sitting in a trust until an agreement is made. And although SPACs typically have up to two years to find a target, Hernandez said Blue Water promised its investors it’ll find an acquisition in 12 months. As a result, about 70 deals have already been reviewed. But that’s all the info we get to know.

From new technology to a new trend, healthcare SPACs are on the rise. Moreover, if SPAC or IPO investing interests you, check out our IPO Calendar and top recent IPOs to stay up to date on the market’s latest offerings.