Will You Achieve Financial Independence?

Financial independence is part of the American Dream. For some, it’s the result of years of hard work and diligently saving for retirement. For others, it comes from setting up passive income streams and figuring out creative ways to make money from little to no effort. 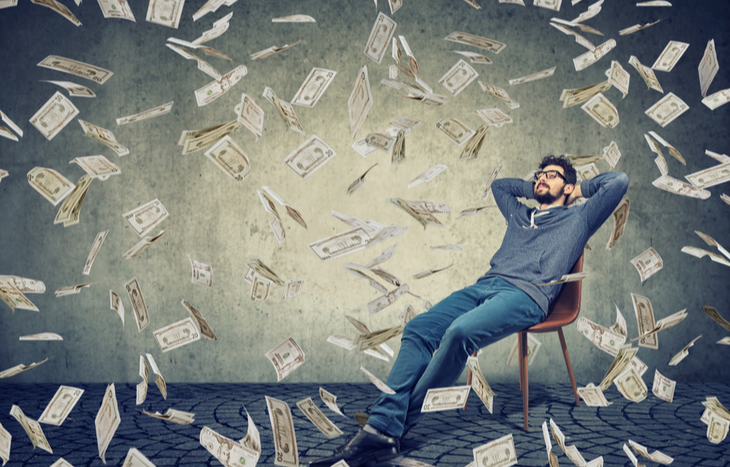 The U.S. Bureau of Labor Statistics found that those 65 and older make up the fastest-growing group of workers in the country. And that’s not just because they’re enjoying working… or trying to maximize social security benefits. An AARP survey found that most older workers are staying on the job because they simply need the money.

And that need to work is resulting in the death of financial independence for an increasing number of Americans.

How Is Financial Independence Possible?

For most, financial independence is reached after socking away enough money to cover living expenses without continuing to work: i.e., retirement.

That being said, the very idea of financial independence can take on different meanings for different people. But suffice it to say that it won’t just happen on its own. It takes determination, a detailed plan and unyielding resolve to stick to that plan. And that plan starts with a budget.

Setting a budget is critical. Because without knowing exactly how much money is going out, you’ll never know how much money you’ll need to continue living comfortably. While this might sound obvious to anyone with a modicum of financial savvy, knowing and doing can be two very different mindsets.

A recent survey found that just more than 40% of U.S. households actually follow a budget. The other 60% of the country has no idea how much they’re spending on groceries each week… what their monthly healthcare costs are… or even what percentage of their income is dedicated to keeping a roof over their head.

No matter how frugal they are, without a budget, they’ll never know when or if they might achieve financial independence. They’ll have nothing more than a wild guess. Is $500,000 enough to live on? Will it take a few million? Maybe less, maybe more…

That’s why a close look at your expenses is vital for those seeking financial independence. Because here’s the thing: Living comfortably and being financially independent can be very different things.

Imagine a 30-year-old living in a modest apartment in Arkansas. For the past 12 years, he diligently socked his money into passive income stocks and now receives $1,000 per month on average. His monthly rent is cheap and takes up only 33% of that. He has no need for a car and bikes to the grocery store, where he spends about 20% of his passive income on food. Insurance takes up 11% of his monthly income. His entertainment budget (phone, internet) amount to a couple hundred bucks (or 20% of his income).

Based on this budget, our imaginary 30-year-old has 16% of his monthly income to save for a rainy day, reinvest or upgrade the tires on his bike. In other words, he is completely financially independent. He has no need for other streams of income or to go to work. He can do whatever he wants with his time and answers to no one.

Now let’s look at the other end of the spectrum…

Path of the Pathless

Picture a 45-year-old partner at a successful law firm. He pulls in a handsome $400,000 salary. He lives in a fancy co-op in New York City that costs a pretty penny. His mortgage, property taxes and insurance suck up the same 33% of his monthly income. But that’s the only number he really pays attention to.

There’s a good amount of money coming in. But there’s just as much going out. There are the near-daily trips to the local coffee shop. It’s not uncommon for him to spend $30 to $40 a day on on-the-go meals. He also feels the need to keep up with the Joneses… and the fancy car he seldom drives requires equally fancy insurance.

Then there’s the subway rides to and from work… healthcare costs… life insurance policy… student loans… trips to the grocery store… childcare… utility costs… entertainment… expensive suits and imported ties… and miscellaneous gifts for holidays and special occasions and vacations.

Now, our make-believe lawyer doesn’t realize it, but he’s spending his money as fast as it’s coming in. But because there’s enough to cover the bills, everything looks rosy from his point of view… And in many ways, he feels financially independent. But the truth is that he’s set himself up for a life of dependence just to get by… while saving nothing for the future.

Even though our apartment-dwelling dividend investor makes only 3% of what our lawyer does, he’s achieved complete financial independence… while the lawyer who failed to create a budget will be toiling away at work for the rest of his life… or at least until he wises up and starts monitoring his expenses and saving for the future.

If he were to set up a budget and predetermine where his money should go, he could be on the road to financial independence in no time. But again, it takes the dedication to make a plan and stick to it. And far too many Americans aren’t willing to put in the time and effort to do so.

You see, financial independence doesn’t mean owning stuff. It doesn’t come from taking extravagant vacations to boutique locations. It’s about finding the path where eventually the only person you have to answer to is yourself. Well, and maybe your significant other.

Are you setting yourself up for financial independence? Or do you need a little help figuring out how to get there?

Investment U is here to help. Whether you’re looking for an introduction to investing, a cheap way to start investing or ways to generate passive income, it’s your one-stop-shop for helping you realize your American Dream.

Read Next: How to Become Financially Independent in 7 Steps