Note from Managing Editor Allison Brickell: Defining wealth is trickier than you think. What may be plenty of money for one person is simply not enough for another. But everyone wants to know… how much is enough?

More and more people are trying to pinpoint a magic number that will finally make them feel wealthy. But as Alexander Green writes below, defining wealth comes down to you… and you alone.

One of the foundational questions about money is one that few agree on: How much is enough?

In our increasingly competitive world, some believe that money is the way we measure competence, success, even our worth as individuals.

This isn’t just wrongheaded, in my view. It’s offensive. 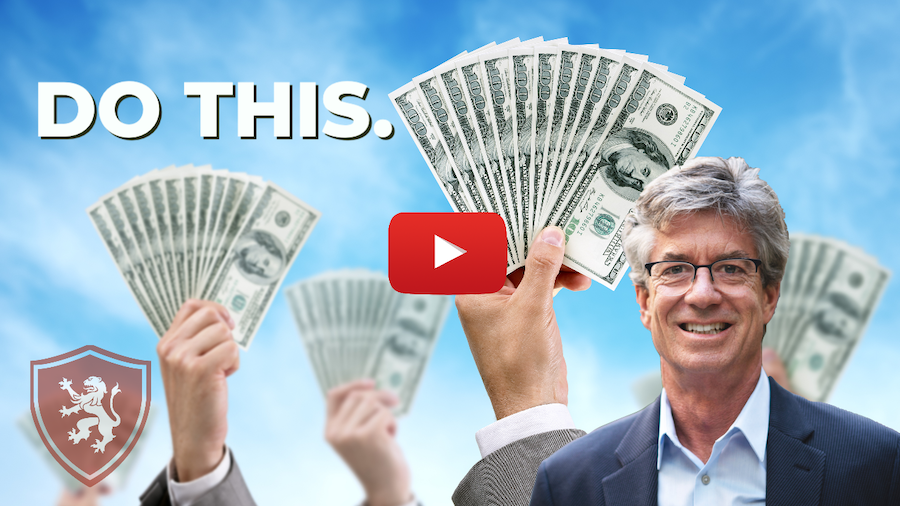 There are plenty of folks doing incredibly skilled and underpaid work as teachers, coaches, social workers, nurses or soldiers, to name just a few.

Many feel that there is a gap between how they live and the way they should be living – and that money would make up the difference.

And perhaps it would. Money is a linchpin issue in all our lives. We want and need things. It takes money to get them.

Some live openly with the accumulation of money as a primary goal. Others think it isn’t important – or shouldn’t be.

Yet millions harbor a chronic fear that they will never truly have enough – or be able to keep it.

It’s easy for those of us with money – even if we were born into modest circumstances – to forget what a struggle life can be without it.

Studies show the majority of Americans spend almost everything they make, shouldering enormous stress as they live paycheck to paycheck.

It’s not just the poor and lower middle class, by the way.

A realtor friend once told me I’d be shocked to discover how many neighbors in his gated community were “just two mortgage payments from the edge.”

Money can do great things and promote important causes. But it can also dissolve business partnerships, cause friction between family and friends, and end marriages.

Even in households where the cash flow is ample, partners often fight over how much to spend, how much to save or how to invest.

If you’re reading an investment column like this one, you almost certainly have more money than most. (Or soon will.)

Our primary concern here, of course, is not wages or savings, but wealth – and its successful management.

So let’s be clear in our terms. Wealth is not what you make. It’s what you own: stocks, bonds, cash, real estate, precious metals and other financial assets.

I can tell you that as a kid growing up in a middle-class household, I thought anyone worth a million dollars was unspeakably rich. While that is still not an inconsequential sum, it is no longer rare.

Thanks to inflation and our society’s increasing affluence, a million-dollar net worth – total assets minus total liabilities of a million dollars or more – is now pedestrian.

Even after the first quarter’s stock market crash, there were still 10.5 million American households with a net worth of at least $1 million, excluding the home equity in their primary residence.

Are the folks in these millionaire households satisfied? Do they feel like they have enough?

Not necessarily. According to a recent Ameriprise Financial survey of more than 700 millionaires, only 13% defined themselves as wealthy.

No matter what some people have, they will consider it inadequate when they learn what others have. (This is the defining impulse behind the growing “economic inequality” movement.)

How much you “need,” of course, is very much tied to where you live, the size of your family, your monthly overhead, and your desire to travel or enjoy the finer things in life.

Indeed, many of my most enjoyable years were spent as an impecunious bachelor in my 20s. (Fortunately, some women don’t care what kind of car you drive if you can work small miracles on the grill.)

Bottom line: When it comes to how much is enough, only your own definition matters.

My view is you’re wealthy if you have the resources to live the way you want to live.

Money unspent – capital – is power. It gives you the freedom to make choices, help others and enjoy what’s most important to you.

It’s hard to argue with the words variously attributed to Mae West, Gertrude Stein and Sophie Tucker: “I’ve been rich and I’ve been poor – and believe me, rich is better.”