Six Ways to Make the Most of Your 401k Plan

Nearly all corporate pensions have been replaced by contribution-based 401k plans. There are all kinds of reasons why companies have switched from benefit plans to contribution plans.

Most employees don’t stay with an employer long enough to benefit from pension plans anymore. And on the employer side of the equation, many large companies have said that they couldn’t compete with rivals that don’t offer similar retirement plans… The cost of supporting pension funds was simply too high. 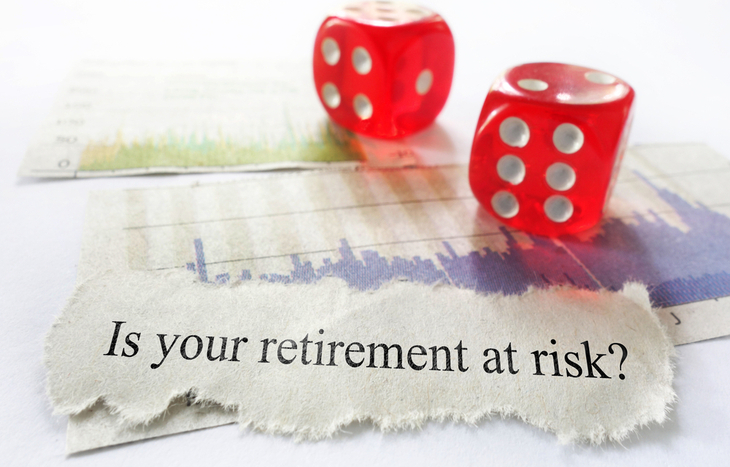 The death of pensions has been criticized quite a bit over the years. After all, pensions were a stable plan for the prospective retiree. Under this plan, the former employee would receive a specific payment from their old employer each month. The only limitation on payment came from how long the person lived.

Because the company had to keep its pension fund in the black, it took on the risk of market downturns. But with a 401k plan, the retiree – not the employer – takes on the risk.

While this may sound like nothing but bad news, there are upsides to a 401k plan. After all, when risk levels increase, so can the reward… if you know how make the most out of your 401k plan.

Retirement, Taxes and Your 401k Plan

There are several different 401k plans out there. If it’s a possibility, a Roth 401k is the best bet for most retirement plans. Like a Roth IRA, a Roth 401k plan invests money that’s already been taxed. While the sight of taxes is rarely a good thing, in this case it can be. Because this way, when you pull the money out in retirement, you won’t have to pay taxes at that time.

This is beneficial, especially for young workers who are in a lower tax bracket than they will be at retirement age. In this case, it definitely makes sense to bite the tax bullet early in order to avoid it later.

That being said, if you’re in a position where your income will decline near retirement age, it could make sense to instead contribute to a traditional 401k plan. And if there’s uncertainty, it might make sense to contribute to both types. This allows you to hedge while diversifying from a taxation standpoint.

If you work for a company that matches employee contributions to a 401k plan, take full advantage. Employers that match typically only do so up to a certain point. Nearly three-quarters of companies match 50% of their employees’ contributions to a 401k plan – but only up to 6% of their pay. Keep in mind, this is free money. It might hurt a little bit now, but it’ll certainly pay off in the future.

Let It Roll Over

If you leave a job that set up your 401k plan, you could be given a tempting offer. They may suggest (or you can request) that it cut a check for whatever is in your 401k plan. This is almost never a good idea.

In most situations, you can let an old 401k account be in perpetuity. It will remain with the brokerage firm managing the account for as long as you want. The reason you don’t want to cash out a 401k plan early is that there will be a bunch of taxes and penalties that come shortly thereafter. It simply isn’t worth it.

That being said, some companies don’t allow former employees to remain in their plan. In this case, it’s best to roll the funds in your 401k plan into a new account. You can roll them into an IRA or into the 401k plan at your new job. If the latter is an option, just be sure to bring this up with whoever is administering the plan. This can ensure there won’t be any penalties in the process and will make sure the rollover rules are followed.

Look for the Fees

When setting up a 401k plan, some companies will offer an investment advice service to help manage the account. While a little advice can go a long way, sometimes it comes with a healthy fee. And the fee structure is rarely worthwhile.

Definitely be wary of paying a percentage of your 401k plan in order to have someone actively manage it. This is typically even less advantageous for young investors with limited resources – especially when there are plenty of free online calculators that can offer the same assistance.

Seriously, Let It Be

Just like the employee who changed jobs, it’s almost never a good idea to dip into a 401k plan before retirement. Yes, it can be tempting once some serious capital starts to accrue. But you’ll be much better off ignoring a 401k plan and just letting it do its thing.

Again, tapping into the account will result in penalties and an increased tax burden. But on top of that, you’ll be doing yourself a disservice and missing out on compound returns. If you just leave your 401k plan alone, profits will be reinvested. And this will lead to increased returns with a. small cash investment. If left to its own devices, a 401k account should grow exponentially each year.

The Bottom Line for a Fruitful 401k Plan

Perhaps the greatest benefit of a 401k plan is the ability to manage it. Whether it’s a traditional 401k or a Roth 401k plan, there will be multiple investment routes that can be taken. This is why they can be so valuable and why they have the chance to outperform pension plans.

But this also means that it’s vital to create a long-term investment plan. Whether it’s ETFs, low-cost mutual funds, stocks, bonds or a mixture of them all, a well-devised asset allocation strategy can mean the difference between financial freedom and pinching pennies in retirement.