The Best Infrastructure Stocks to Profit From in 2022

Infrastructure stocks haven’t seen a big upswing since President Biden signed into law the $1.2 trillion infrastructure bill. However, many aspects of this bill are still in the planning stage. How to enact it and affect the most positive change is tantamount.

The administration has created a task force of federal officials that will coordinate the release of money from multiple agencies. So naturally, there are promising proposals that could lead to big governmental contracts… and, of course, big windfalls of cash. 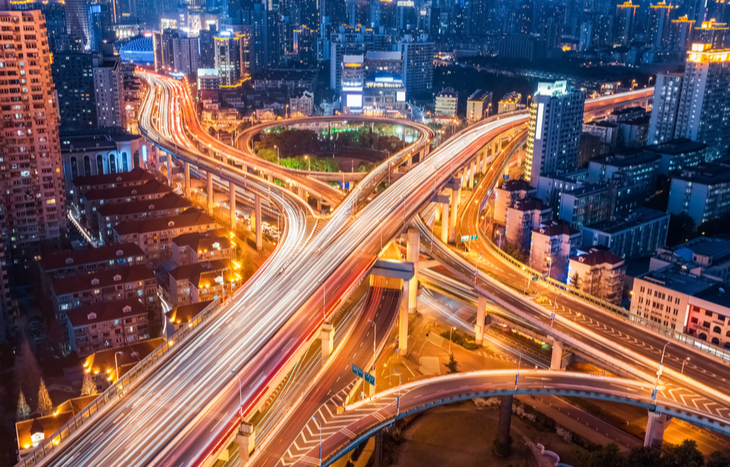 We’re looking at this as a nonpartisan issue. It doesn’t matter who you voted for. Functioning infrastructure is vital to keeping America working properly. It was a regular topic of President Donald Trump’s on the 2016 campaign trail. And the same went for President Joe Biden during what resembled the campaign trail in 2020.

The 2016 plan never fully materialized. Attempts to lure private investment into infrastructure projects didn’t go down as hoped. But is there reason to think 2022 will be any different? We’d better hope so.

How Our Infrastructure Is in Dire Straits

America’s infrastructure is similar to the Black Knight in Monty Python and the Holy Grail. There seems to be a refusal to acknowledge major problems…

On top of these not-so-fun talking points, 24% of schools in the U.S. are in poor condition; demand on wastewater plants continues to grow; and our National Parks have accrued $11.9 billion in deferred maintenance.

But for years, we’ve been assured all of this amounts merely to a “flesh wound.” It does not. And that’s why America’s infrastructure score is currently a D+.

The Best Infrastructure Stocks to Benefit From a Boon

That D+ infrastructure grade isn’t good enough to get into a state school. Heck, most community colleges would prefer to pass too. But in order to pull those grades up, things will need to happen in stages. That $2 trillion isn’t going to be spent in one fell swoop.

Some of these infrastructure stocks should rise at various intervals – depending on what is prioritized. But all of the companies above should play a part. Next, we’ll look at why that is, on a case-by-case basis.

Here we have one of the leading suppliers of building materials. The company’s materials are used in residential and commercial development. That helped keep the company in the black through 2020.

The company also happens to be a leading supplier of stone, gravel and sand, which are used to construct highways and other infrastructure projects.

Despite the 2020 downturn, Martin Marietta turned record profit. And its profit and revenue have grown for three consecutive years. If infrastructure projects increase nationally, four or more years of profit growth should be in the bag. And shareholders are usually rewarded after profit growth. Plus, the company has been slowly, but steadily increasing its dividend. That’s what makes Martin Marietta one of the best infrastructure stocks to invest in this year.

This one is almost a no-brainer, despite the fact that it’s up more than 400% since its 2020 low. Nonetheless, there’s still a lot of value here. U.S. Concrete’s share price has been helped by the overall groundswell within the Nasdaq. But the company still boasts a solid P/E ratio. Plus, it’s got a lot of room before shares approach historical highs.

If infrastructure remains a point of focus in the next four years, it stands to reason that U.S. Concrete will be one of the best infrastructure stocks to invest in before the concrete mixers start taking over highways.

This company is based out of Birmingham, Alabama. But its materials are seemingly everywhere. And it’s been gobbling up quarries and entering new markets at a record pace. Even though its share price is near record highs, its P/E ratio proves that there’s still a lot of value here. And that’s not even factoring in the yet-to-start “Build Back Better” plan.

If infrastructure gets half of the attention it needs, Vulcan Materials shareholders could see promising gains. All of that makes this one of the best infrastructure stocks on the market right now.

The transportation behemoth is responsible for getting the materials produced by the companies above from point A to point B. For any materials that need to be delivered east of Dallas, there’s a good chance Norfolk Southern will have a hand in the delivery.

That being said, Norfolk Sothern’s revenue has been in decline. It was hit hard by the pandemic. Retail railway travel dropped off a cliff. Manufacturing was way down. And so too was the delivery of the manufactured and agricultural products that it relies on for revenue. But as things return to something resembling normal, those revenue gaps should be quickly plugged. And when construction materials need to be brought across state lines, Norfolk Southern will be there to transport them en masse.

It also happens to be another strong contender for value investors due to a strong P/E ratio. This is on top of 15 years of dividend increases that make it one of the best infrastructure stocks to invest in this year.

You might have seen this company’s stickers emblazoned on oversized pickups “rolling coal.” But that’s not what this company is really known for. This multinational corporation designs and builds the things that make big machines go vroom.

After hitting its low back in March, Cummins stock has rallied and then some… even faster than the markets as a whole. So its price point can feel a little, well, high. But making and distributing the engines and fuel, filtration and electrical systems that help power shipping companies was a good place to be in 2020. That will also prove beneficial once infrastructure work begins to pick up. Between hauling basic materials and getting contractors where they need to be, Cummins has a lot of momentum behind it… and not much resistance to reaching all-time highs.

On top of a respectable P/E ratio, Cummins also brings to the table a solid 2.93% dividend yield. All of this makes it one of the best infrastructure stocks out there.

The Bottom Line on the Best Infrastructure Stocks

As with any stock or sector, there are always some big “ifs.” Will the big infrastructure plan actually start soon? If so, when exactly? And what projects will get priority? Few actually know the answers to these questions yet.

But it is safe to say infrastructure will be getting some much-needed attention during the Biden administration. And when projects start rolling, so too should the best infrastructure stocks.