What Is a Bad Debt Expense?

When companies do business on credit, they have accounts payable and accounts receivable. They represent accrued revenues and debts that will eventually come due. But what happens when your accounts receivable come due and you don’t get paid? For many companies, it ends up as a bad debt expense.

A bad debt expense is a cost that is recognized when an entity is unable to collect a receivable due to a customer being unable to pay. It’s the result of default. Bad debt expense is the accounting standard for removing uncollectable debt from accounts receivable, and it’s a common practice for companies big and small extending credit. And while it’s always frustrating to lose out on owed revenue, bad debt write-downs soften the blow of this inevitability. 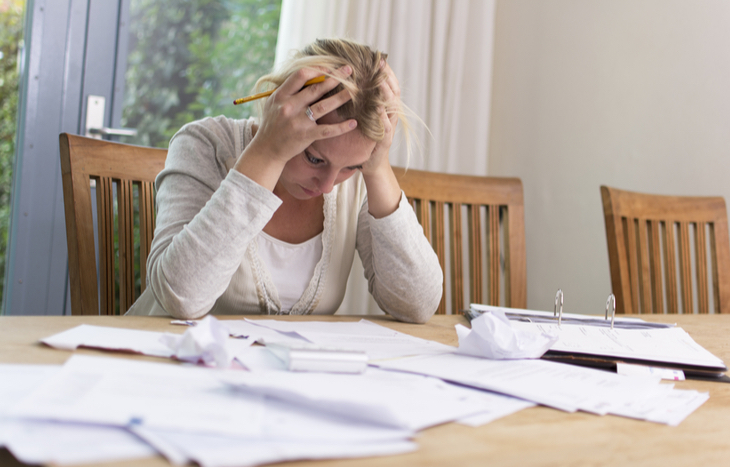 How Does Bad Debt Occur?

Say that you’re a silk supplier doing business with a fashion design company. To make your business a more appealing supplier, you offer the designer special pricing with NET 15 terms. They buy $1,500 worth of product from you, and that revenue moves to the accounts receivable column on your balance sheet since it’s not due for 15 days.

Unfortunately, on day 14, the fashion designer’s warehouse catches fire and their entire inventory goes up in flames. They’re unable to sell their wares, which means they can’t pay you back the $1,500 owed for supplies. The debt surpasses the 15-day net date. Then 30. Then 90. It’s still there a year later before it’s deemed “uncollectible.” You’re no longer doing business with that designer, and it’s unlikely you’ll ever see their debt paid. It’s considered bad debt.

This is only one particular example of bad debt. The reality is, there are innumerable circumstances that might prevent entities from paying their debts. Whatever the circumstances, bad debt arises when there’s no longer a chance to collect on them.

Double-entry accounting standards dictate that one entry on a ledger needs an accompanying entry to balance it. So where does bad debt go when it’s written out of accounts receivable? The answer is it becomes a credit to “uncollectible accounts.” These accounts are a type of sales and administrative expense.

When it comes to the actual amount of the bad debt expense, there are two ways of recognizing it: write-off vs. allowance.

Which option is the right one? For any company following GAAP accounting standards, the allowance method is the correct way to deal with bad debt expenses. This is because write-offs don’t adhere to the matching principle used in accrual accounting. Ledger entries need to match in the same period, which means debiting and crediting accounts receivable and the bad debt allowance accordingly.

How to Estimate Bad Debt Expense

Companies following accrual standards need to estimate bad debt expense for the period. Here, there are two modes of estimating recognized by GAAP: the Accounts Receivable Aging Method and the Percentage of Sales Method. Both standards offer an acceptable margin for accounts receivable that could become bad debt.

This model assumes that the longer an account is outstanding, the higher the risk of default. It looks at the historical rate of bad debt at specific ages to provide a percentage likely to become uncollectible. For instance, 2% of accounts 30 days overdue are likely to become uncollectible. At 45 days, 5% of accounts will default, and at 60 days, 6% will likely default. The company then applies these percentages to its current accounts receivable to estimate for the upcoming quarter.

This method of bad debt estimate looks at the total sales for a period and compares it with the rate of bad debt for the same period. Using this model, the company can adjust its estimates based on anticipated sales revenue for the future.

For example, if sales for the previous quarter were $10,000 and bad debt amounted to $300, a company can assume a 3% bad debt rate for the upcoming quarter. If the company anticipates sales of $15,000, it can also safely estimate bad debt of $450.

Both methods of estimating bad debt are viable because they hinge on past tendencies of customers to pay their bills. Many companies will tabulate both to get a clearer picture of their accuracy in relation to one another.

Can You Ever Collect on Bad Debt?

Once it’s classified as “uncollectible,” bad debt typically goes to a collection agency or becomes a lien, such as in bankruptcy cases. Both of these options offer companies the opportunity to get something for nothing, as it were.

If a company believes a debt is uncollectible, selling it to a collection agency is an attractive option. Any amount the company gets for the debt becomes a reduction in expense on the balance sheet. Moreover, if a company holds the debt through bankruptcy proceedings, there’s a chance it can collect some of what it’s owed.

Bad Debt Is the Cost of Doing Business

While it’s not something a company wants to deal with, bad debt expense is something every business needs to plan for. Bad debt is part of doing business on credit, and you can’t control the circumstances or priorities of others. The inability or unwillingness to pay debts can arise for a variety of reasons. The very least a business can do is account for them accordingly.

Understanding bad debt expense is important for investors who are researching a business and its financial records. Therefore, sign up for the Investment U e-letter below to expand your investment education even further.