Inflation is often tossed around by the news media as a scary word. It’s actually a natural part of economic growth. To measure it and qualify whether it’s good or bad, economists use a relative metric known as Consumer Price Index (CPI). CPI is a commonly used measurement of inflation that tracks price changes for a basket of consumer goods.

In a nutshell, CPI measures the cost of common goods and the average citizen’s ability to afford them. CPI compares the same basket of products year over year, to understand price trends and their impact on purchasing power. The index reflects those changes in terms of percentages, which become the basis for inflationary numbers. 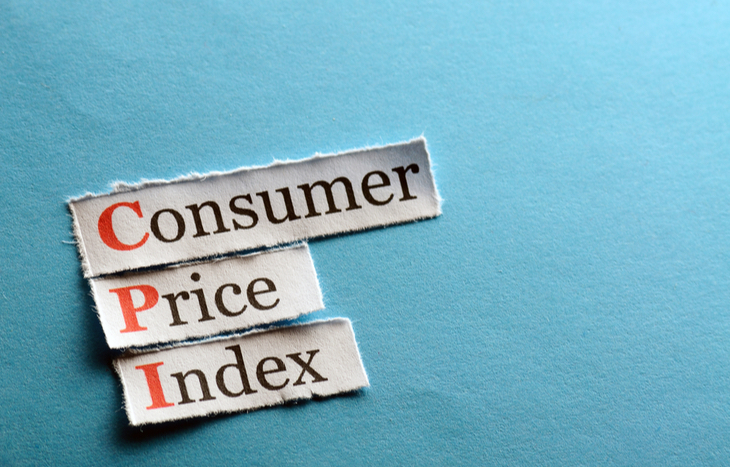 While the calculations behind CPI can get complex, the concept is simple enough for anyone to understand.

The basket of goods tracked by CPI focuses on staples that every person uses on a regular basis. This includes foods like milk, eggs and rice, as well as goods like toothpaste, lightbulbs and other basic household products. These widely purchased goods offer a representation of core necessities. The CPI adds the price changes of these goods year over year and averages them based on weighted importance. The average annual price increase represents the rate of inflation.

The faster CPI rises, the faster inflation rises and the lower the purchasing power of the dollar. This, of course, happens very slowly in most cases. This historical average rate of inflation hovers around 2% each year.

The United States is a large, diverse place. As such, there’s not one single CPI to track inflation over such a broad spectrum. There are two types of CPI, and each offers breakouts for four Census regions, nine Census divisions, two size of city classes, eight cross-classifications of regions and size-classes, and for 23 local areas.

CPI figures are available through the United States Bureau of Labor Statistics (BLS). The BLS gleans this information from more than 75 areas of the U.S. by surveying more than 23,000 retail and service establishments, and more than 50,000 landlords and tenants.

What is Purchasing Power?

The reason CPI uses a basket of consumer staples is because these items contextualize inflation as it equates to cost of living. If, for example, wages stagnate while inflation rises, people will become unable to afford essentials. CPI helps the government understand when monetary policy is necessary to balance inflation with purchasing power.

The Drawbacks of CPI as a Metric

While it’s a great metric for determining the average cost of living and the purchasing power of a dollar, CPI isn’t an infallible metric. It faces some criticisms and shortcomings.

The CPI isn’t always easy to understand. Often, it’s more accessible to pay attention to stock market indices that track CPI. The IQ Real Return Index (IQHGCPI) and the IQ Real Return ETF (CPI) both track the BLS CPI and seek to offer returns above the current rate of inflation. That said, these funds tend to be extremely conservative and aren’t necessarily the most lucrative investments unless leveraged. After all, the average inflation benchmark to beat is just 2% annually.

Every person should pay attention to the Consumer Price Index (CPI). Not only does it play an active role in every major market, it’s also a gateway to understanding purchasing power and the value of a dollar.Periods of inflation can have significant effects, and it’s important to recognize when an inflated CPI lessens purchasing power. Likewise, those who understand the CPI and its inflationary insights will make smarter decisions about where and how they invest their money and what the real rate of return on those investments looks like.

To learn more about CPI and expand your financial literacy in the process, sign up for our Liberty Through Wealth e-letter below. You can enhance your financial and investment knowledge while learning how to build towards financial freedom in your life.