What is a Double-Declining Balance?

When depreciating an asset, companies need to consider either a straight-line or accelerated schedule. When choosing the latter, the double-declining balance mode of depreciation is among the most popular methods for upfront savings. It’s a method that accelerates the depreciation expense of an asset; the estimated cost is twice the amount calculated by straight-line.

In addition, double-declining balance allows companies to write off the largest depreciation expense for an asset in its earliest years. This alleviates the burden from its balance sheet quicker, giving companies a more advantageous financial position. 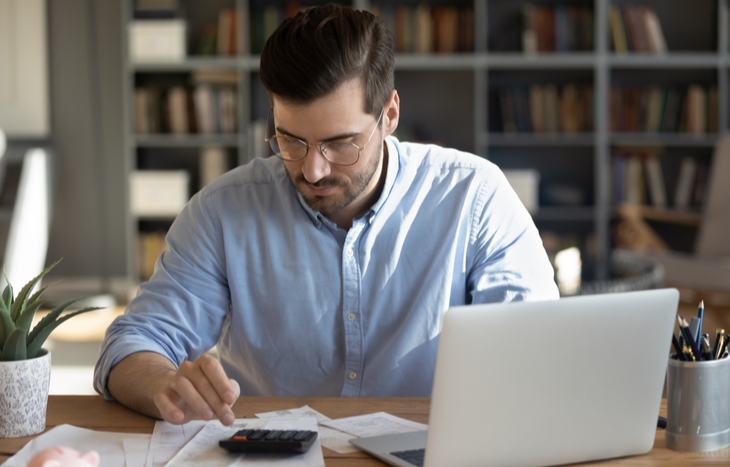 The Formula for Double-Declining Balance

2 × Cost of the Asset × Depreciation Rate

Companies use this formula to recalculate the annual depreciation amount each year, subtracting the prior year’s depreciation write-down from the cost of the asset. Each year, the write-down amount becomes exponentially less based on the remaining value of the asset. This is what causes companies to write off more in the earlier years of asset ownership and less over time.

An Example of Double-Declining Depreciation

New equipment is commonly depreciated using the double-declining balance method. With that in mind, let’s consider the following example.

ABC Company needs to purchase a new Widget Machine. The cost to acquire one is $100,000 and, according to IRS depreciation guidelines, it’s subject to a 10-year depreciation schedule. To calculate an accelerated depreciation rate, the company would observe the following steps.

Here’s what the depreciation schedule for a $100,000 Widget Machine would look like over the course of a 10-year accelerated write-down:

As evidenced by the decreasing write-down amount, the double-declining balance method ensures the majority of the asset’s value is written off in its first few years: nearly 60% in the first four years, with the remaining 40% spread across the remaining six years.

Switching from Double-Declining to Straight-Line

The reason for this switch is due to diminishing returns. Because the double-declining method writes off a percentage of the base value, there will always be an amount left over. Straight line allows companies to depreciate the remainder of the asset’s value without any leftovers. So, in the example above, the company would switch to straight-line in year five, since the $10,000 standard depreciation outweighs the $8,192 accelerated depreciation amount.

To change the depreciation method and alter the schedule, companies need to file IRS Form 3115, Application for Change in Accounting Method. This form needs to include an explanation (justification) for the switch in depreciation accounting.

The Pros and Cons of Double-Declining Balance

Far and away the biggest benefit of double-declining balance is the larger write-down expense that occurs soon after acquisition. This can offset the cost of acquiring the asset, making it easier for companies to burden the cost of new equipment or other capital assets.

There’s also a big advantage in offsetting income generated by the asset. Assuming that assets generate more income when they’re new, offsetting more of the cost through a higher depreciation write down earlier is a tax-advantaged strategy. As its ability to generate income winds down, so does the write-down amount for an asset.

The biggest drawback of this accelerated depreciation is that there’s less offsetting cost later in the asset’s life. This effectively means the company’s cost of ownership will increase the longer it has the asset—along with its tax bill. With less and less to write off against the asset’s remaining useful life, the company’s finances bear the burden of all maintenance, upkeep and other ownership expenses.

Double-declining balance is one of the most popular and most-used forms of depreciation. It benefits companies by providing upfront financial relief that’s also tax-advantaged. And while it can incur long-tail costs and tax implications, the idea is that the company will have already maximized asset ROI by the time these items come due. Plus, there’s always salvage value to consider at the end of the depreciation schedule, since double-declining doesn’t account for it.

Any company accelerating its asset depreciation needs to be aware of the pros and cons, and explore the opportunities of double-declining balance calculations. It’s a smart way to make the most of assets right from the get-go.