What is a Fiscal Year vs. Calendar Year?

Ask someone to define a year and they’ll probably say January 1 to December 31. That’s correct of course—but it’s not the only correct definition. January to December represents a calendar year: the 12-month span we use for most aspects of our lives. Ask a company accountant or a Chief Financial Officer and you might get a different 12-month answer—something like July to June. This is the fiscal year for that company.

There’s a big difference between calendar year and fiscal year in the business world. It’s important to delineate which one the company adheres to when it comes to reporting financial statements. Just because your year closes on December 31 doesn’t mean that’s when the company begins a new accounting period.

Here’s what investors need to understand about the 12-month period defined as a year, and how it stacks up with the traditional calendar vs. the company’s own fiscal reporting period. 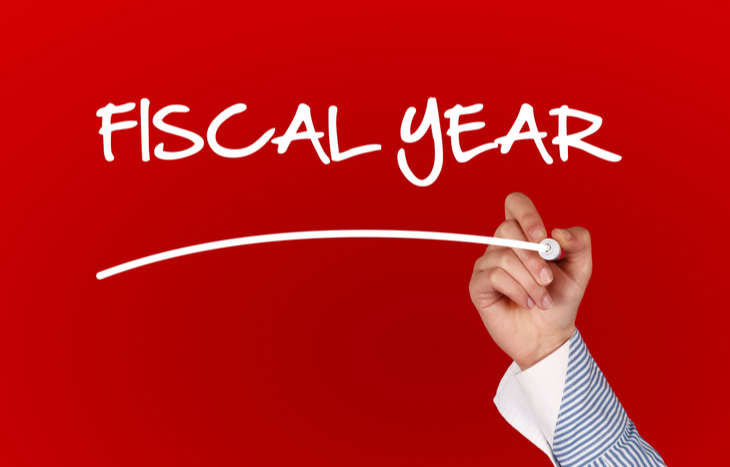 Get Familiar with Financial Reporting Periods

The significance of calendar vs. fiscal year primarily has to do with the company’s accounting period. The end of the year signals the close of the current accounting period and the start of the next one. This is when the company needs to file its 10-K and report annual financial activities to investors and the public. Likewise, the company’s fiscal year also determines when it’ll release 10-Q filings, representing its quarterly financial reporting.

Shareholders need to be on the same page as the company when it comes to understanding financial reporting periods. When the company reports information can have significant bearing on how its stock performs and whether you might want to enter or exit a position.

While the SEC holds every public company accountable to the same reporting standards, when each company reports is dependent on whether it follows a calendar year or fiscal year accounting period.

What is a Calendar Year?

A calendar year is simply the traditional year, spanning January 1 to December 31. Many companies find it easy to align their financial reporting with the beginning and end of the year. For example, mega companies like Alphabet (NASDAQ: GOOGL) and Facebook (NASDAQ: FB) align their financial reporting with the calendar year as a way to keep it simple for both the company and its investors.

There is no strategic or practical advantage to aligning fiscal year with calendar year—and in fact, many companies don’t. The only real advantage is simplicity, since we’re conditioned to see the end of the year and the beginning of the new year as a natural break in time.

It’s important to note that for many small business owners—including LLCs, sole proprietorships and S-corporations—the fiscal year of the business matches the tax year of the owner. Many times, this aligns them both with the calendar year.

What is a Fiscal Year?

A fiscal year is a period that a company designates as its annual financial reporting period. Also known as a financial year, it’s a span of 12 consecutive months at the end of which the company closes its books and calculates profit or loss before preparing and filing financial reports. A company can designate any 12-month stretch as its fiscal year. Most businesses will strategically align the closing of books and the start of a new accounting period with cash flow cycles.

The best example of a fiscal year that’s not January 1 to December 31 is the United States government’s fiscal year. The U.S. government’s financial year runs from October 1 to September 30 each year. This is often why there are budget impasses and the threat of short-term government shutdowns in the fall—budgets need approval by the start of the new fiscal year.

Many non-profits also follow a fiscal year that deviates from a traditional calendar year. Large non-profits typically run annual accounting periods from July 1 to June 30. This better-aligns the start of a new accounting period with access to government grants (issued mid-year).

Can Companies Switch From Calendar Year to Fiscal Year Reporting?

Sometimes, it makes sense for a company to change its accounting period. For example, a small company that’s growing into an established seasonal business may want to shift its accounting period to show more consistent cash flow at the beginning and end of its reporting period. To do this, companies need to file Form 1128 with the IRS (Application to Adopt, Change, or Retain a Tax Year).

Why Does Annual Reporting Period Matter?

Annual reporting period has significant bearing on companies and investors. For companies, it effectively establishes the intervals for when the public will expect financial statements. This can drive a company to be more careful about when and how it records certain financial information throughout the year. For investors, the reporting period can dictate when they enter or exit a position, or how they believe a company will perform at a given point during the year. To discover stock picks, tips and trends, sign up for the Trade of the Day e-letter below.

Ultimately, a fiscal year and a calendar year are still consecutive 12-month spans. They represent the same amount of time; they’re just different metrics for gauging that time. Many companies follow the calendar to make reporting simpler for everyone. Others favor a fiscal year to capitalize on seasonal changes in business. No matter what the year looks like for a business, the fact remains the same: it’s the measure of the company’s financial health and performance over the span of a year.