I covered Ford Motor Company (NYSE: F) in this column a year ago. At the time, the automaker got a “D” for dividend safety because of falling cash flow and a payout ratio that was too high.

We’re in the same situation today, though now things appear a little worse.

Ford is going through a reorganization as it invests a lot of money into electric vehicles (EVs).

Ford plans to invest $11 billion in developing EV technology. It may ultimately pay off as EVs become more popular.

The company has also already invested $1 billion into autonomous driving car technology and is likely to add more funds to the project, partnered with Volkswagen.

In the long run, that is likely positive news. Ford is investing in the latest trends and is not only keeping up with the times but also attempting to be a leader.

Currently, however, the situation isn’t great. The company’s bonds were recently cut to junk by Moody’s.

That makes it much more expensive for Ford to borrow money, which it does quite a bit. It has $103 billion in long-term debt.

If management wants to improve its bond ratings, keeping more cash available by cutting the dividend could be an option. The cash likely won’t come from decreasing spending on research and development.

Ford has paid the same $0.15 per share quarterly dividend since 2015. It has paid a special dividend twice during that time as well.

It cut the dividend in 2001, 2002 and 2006, although those cuts happened too far in the past to affect Ford’s current dividend safety rating.

The problem is free cash flow is falling, and this year it’s projected to nose-dive 90%. 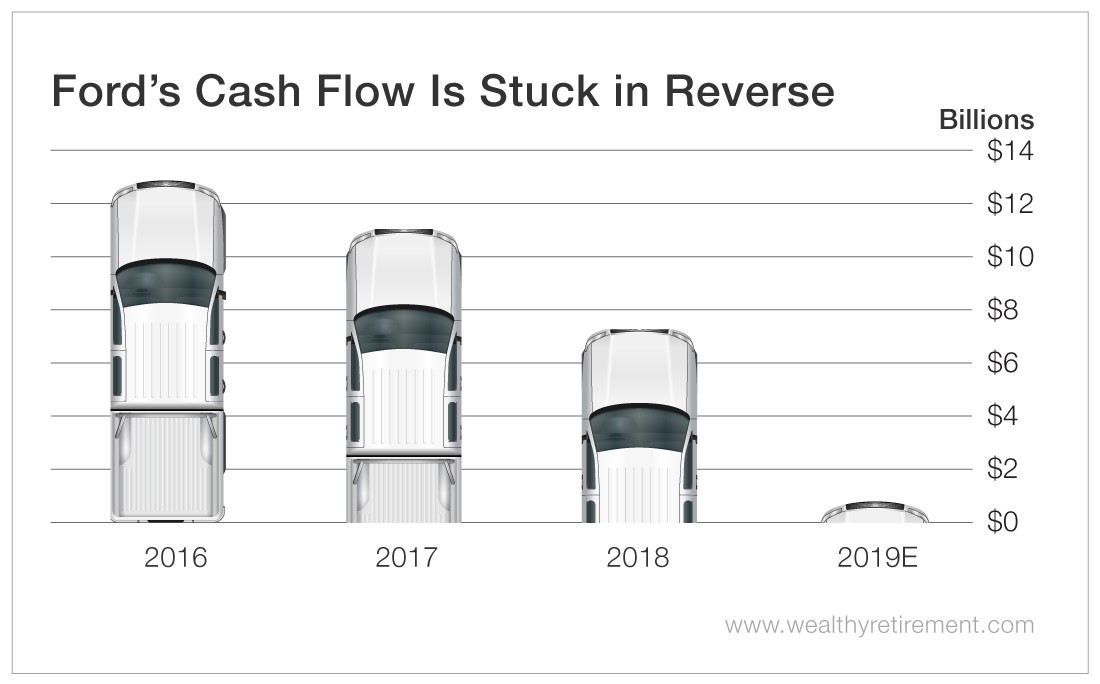 SafetyNet Pro does not look kindly on companies with shrinking cash flow.

And this year, if Wall Street’s forecasts are right, the company will pay more than three times as much in dividends as it will generate in free cash flow.

Considering that the bond rating agencies are breathing down its neck and Ford’s plummeting cash flow won’t cover the dividend, I’d expect a dividend cut in the near future.

Ford’s $0.60 per share annual dividend comes out to an enticing 6.6% yield. But management is going to have to look under the hood for ways to preserve cash, and the dividend is likely to be a casualty.

Shareholders who invested in Ford for the dividend should buckle their seat belts. 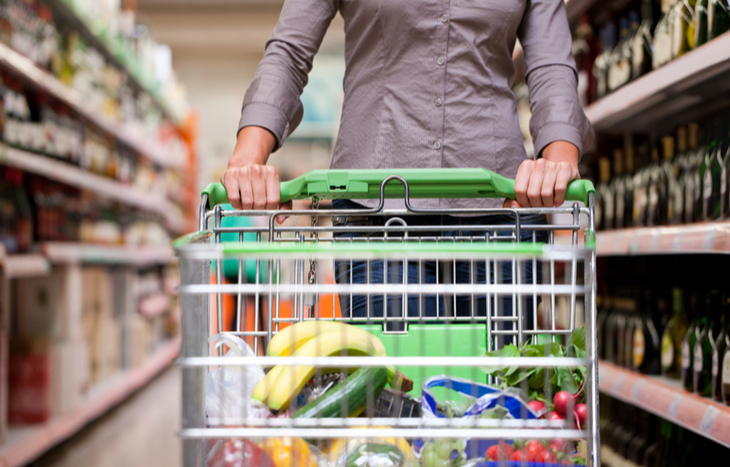