Generational wealth is an idea that’s easy to grasp, and not so easy to fulfill. For some, it’s a pipe dream. For others, it’s a part of everyday life in their family. There are tons of questions surrounding generational wealth. Here are some of the most common…

What is Generational Wealth?

Generational wealth is a large sum of money or net worth that’s passed down from a person to their children. The wealth can be money, a business, real estate and many other assets. It can also be any combination of such. If it’s handled correctly by each generation, the wealth will keep passing down. 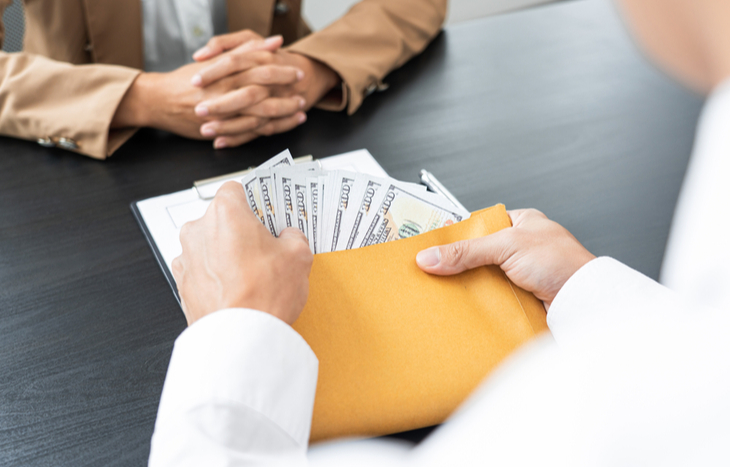 How to Build Generational Wealth

There are as many ways to build wealth as there are people on Earth.

Some people build wealth first, then set up the transfer logistics later. Some people set up the wealth to be generational as they build it.

You can use a combination of methods to grow your money into a big nest egg. Stocks, real estate and other passive income streams are great ways to build wealth. Many people also build a profitable business and hand it down to the next generation.

Set up your money to work for you, rather than you work for money. Also, know that what you do with your money can matter more than how much you make from working. A financial advisory or wealth-building program can help a lot.

There are many investment resources and newsletters out there. And we’ve narrowed down some of the best ones. You can check out these free investment newsletters… or sign up for Liberty Through Wealth below.

Any way you decide to build and protect your wealth, there are important steps to take when passing it on. You should pay special attention to preparing your children to inherit the wealth.

How to Pass on Generational Wealth

There are lots of ways to pass down your wealth.

You can give it through your will. The obvious way is to give your wealth upon your death.

You can give it while you’re alive. This is particularly useful when you’re giving something like a business. You can train them to do well, then put the business in their hands. If they need support, you can be there to help them. This takes the load off you and your kids.

There are many ways to pass down generational wealth. You can set up trusts, savings plans, college funds, etc.

Talk to lawyers, accountants and especially a good estate planner.

It’s important to talk about your wealth. Show your kids what proper money-handling looks like. If you can’t show them, get somebody who can. Set up your children for success in whatever you give them.

If they have no idea how to handle and passively grow money, it won’t last long at all.

How Long Does Generational Wealth Last?

How far the money goes depends on how well the parents prepare the children. According to Williams Group wealth consultancy, around 70% of wealthy families lose the wealth by the second generation. And 90% of those families lose it by the third generation.

Prep your kids by making money fun. Introduce them to games that show them how to grow money. If they don’t keep playing, or they lose interest, it’s okay. Don’t force it, or they’ll resist.

Give them a little money to invest and show them how to grow their money. More importantly, teach them how to make money without pulling their original investment.

Show them what their money can do by allowing them to buy fun stuff. Have them use the money they made with their original investment.

If they’ll be inheriting a business, have them stick around work to see what you do. Give them responsibility and involve them.

The best thing to keep in mind is that play is the highest quality form of learning. When it comes to small kids especially, high quality learning will work best. If they don’t want to do it, they won’t. It must be fun for them. And if you try to shove it down their throat, they’ll not only resist, but they’ll try hard to get away from it completely.

Keep it fun for them, and you’ll do well.

When the kids get older, they’ll start taking more of an interest in money. The teen years and older are the prime time to get them involved.

I recommend going to professionals to help you learn the best ways to teach them.

How Much Money Is Generational Wealth?

There’s no set number when it comes to the definition of wealth. A person is wealthy if their income is greater than their expenses.

If you want to build generational wealth, take what’s left over and invest it into money-making assets. This will make you money work for you, rather than you work for money.

A good rule of thumb is this:

You’re wealthy when your income exceeds your expenses. You’re rich when you have $1 million+ in assets or net worth.

Why Is Generational Wealth Important?

For those who agree that money is good and decide to pursue great wealth, it’s easy to get lost in all the “get rich quick” schemes and non-schemes.

If you want to get rich, it’s important to think long-term. Yes, there are ways to “get rich quick”(er). I’m not saying you shouldn’t try to build wealth quickly. In fact, I’m a big believer that money loves speed.

But if you’re looking for guaranteed wealth, it will pay to think long-term. (Long-term meaning preparing your wealth to last longer than your lifetime.)

Time is powerful when it comes to investments. It took Warren Buffet over 50 years to reach his first billion. But since, his worth has topped $100 billion.

If you think long-term, you’ll be less likely to make harmful decisions. Here’s a post about why passive investments are far better than active investments.

“The Final Word” and Other Generational Wealth Opportunities

Generational wealth is something worth pursuing. It can help set you and your family up for happy, fulfilling lives.

If you’d like to find better ways to build and protect your wealth, consider signing up for Liberty Through Wealth below. It’s a free e-letter that’s packed with investing tips and tricks.