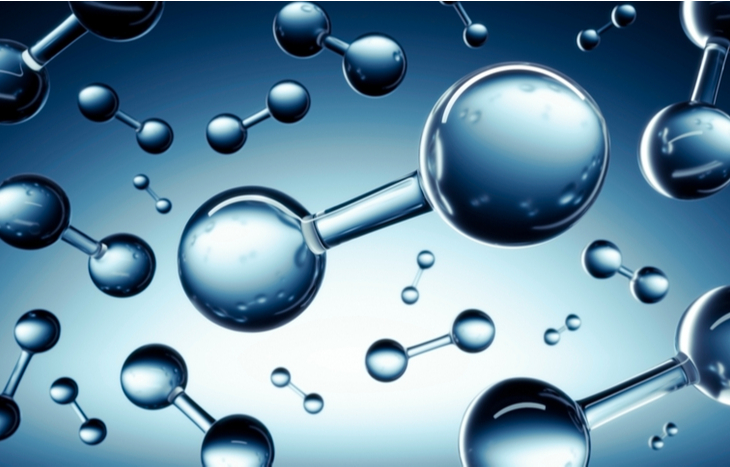 By the Investment U Research Team

It’s true… hydrogen is the most prevalent element in the whole of existence.  So if you believe that supply and demand ultimately determine prices… how can you make money off the easiest thing in the world to find?

Turns out, it’s rather difficult.

While hydrogen may be abundant, companies that can take hydrogen and turn it into energy, while making a profit in the process… are scarce… extremely scarce.

Currently, alternative fuels are all the rage… everywhere from Wall Street to the White House. Investors are debating about which will be the best way to make money from the shift to clean energy.

Will it be wind, biodiesel, solar, geothermal…. or even hydrogen?

It’s still too early to predict a winner. But judging from early indications hydrogen seems to be lagging the field. However, supporters insist it makes the most sense out of all of the alternative fuels.

No one can deny the element’s allure.  Hydrogen is by far the most plentiful element on earth or in the universe for that matter. It’s an extremely efficient form of energy and it burns the cleanest of all fuels, emitting only a pure water vapor.

Such an elegant solution to our energy needs makes hydrogen stocks seem like a perfect investment. But hold on a moment…

While it’s true that fortunes are – and will be – made in the world of cutting-edge energy solutions… the future of this element and hydrogen stocks in general remains uncertain.

Hydrogen Stocks and The “Revolution” Sputter Along

Detroit put all its chips on fuel cell technology, and they’ve been telling us since the late 1990s that a breakthrough was right around the corner.

In 1997, German-owned DaimlerChrysler actually predicted 100,000 fuel cell engines on the road by 2005. In 2001 General Motors projected about the same timeline.

And when he was president, George Bush got into the act, declaring in his 2003 State of the Union message that “America can lead the world in developing clean, hydrogen-powered automobiles.”

So what exactly is the hold up?

Unfortunately, overwhelming practical problems still remain. As we see it, there are three major roadblocks in our quest towards a hydrogen economy.

On a larger scale, the infrastructure would be a costly investment. A national hydrogen rollout could cost as much as $100 billion or more. Hydrogen fuel stations would have to replace, or in the very least supplement, current gas stations.

A Closer Look at Hydrogen Stocks

Clearly, if these problems can be overcome, the results would be worth the efforts. But there’s no indication that will be happening any time in the near future… leaving investment opportunities in this sector wildly unpredictable.

They stopped updating it in 2007, but even before the financial crisis, things didn’t look too pretty. As you can see, the number of companies involved in fuel cell development went from the high 300s in 2000, to slightly over 100 by the end of 2007.

Obviously not the signs of a booming growth industry… but rather an indication of the difficulty of making money in this business. And unfortunately, it’s a similar scenario for investors. The simple fact is, despite the obvious “green energy” attraction of this element… investing in companies making hydrogen fuel cells is a crapshoot.

However, if you are interested in taking a long shot or are willing to be very patient, there are a few hydrogen stocks to take a look at.

As early as 2002, Hawaiian company Hoku Corporation (Nasdaq: HOKU) claimed to produce fuel cells that operate at 80% of the capacity of the best fuel cells but cost only 20% as much to produce.  The company has not brought the product to market and the stock hasn’t shown much life, even though it’s got substantial divisions in other green technologies.

FuelCell Energy (Nasdaq: FCEL) focuses more on stationary hydrogen fuel cells, as opposed to ones that go into vehicles, which some experts think are much closer to wide adoption.  Again, this company is also a money loser.

In May of 2010, a company called Bloom Energy revealed – to much fanfare – its BloomBox.  The refrigerator-sized boxes with fuel cells were ballyhooed as the future of stationary energy, and were already powering several Google offices and Wal-Marts.

The jury on the BloomBox’s viability is still out.  And since then, the excitement has faded into the background.  Even if the BloomBox is the answer, currently there’s no way for individual investors to get in, as this is still a private company at this point.

A Final Word on Investing in Hydrogen Power Stocks

There’s still hope that hydrogen will come through in the end, but the National Academy of Sciences believes the “hydrogen economy” is decades away.

And while we are strong supporters of the buy and hold strategy, investing in hydrogen power stocks may require that you buy… and hold… and hold… and then hold some more.

There is a great deal of potential and unlimited room for growth in this industry. It just might take time… a long time.