If you’ve got more money going out than you do coming in, it’s an unsustainable trend. Eventually, bills come due and if there’s not enough money in the bank, there’s no way to pay them. Soon, you end up accumulating more debt than you’re worth, with no means of balancing it out. It’s called insolvency, and it’s every company’s worst nightmare—because it can lead to bankruptcy.

Insolvency occurs when liabilities outweigh assets, and a company can’t pay off debt. It typically arises when companies borrow money to maintain operations, but don’t generate the necessary revenue to pay back these debts. It’s the sign of an inefficiently run company—or the inability to adapt to or overcome a devastating situation.

Both individuals and companies can become insolvent when the balance tips in favor of liabilities. Here’s what to know about insolvency and how companies deal with it if it arises. 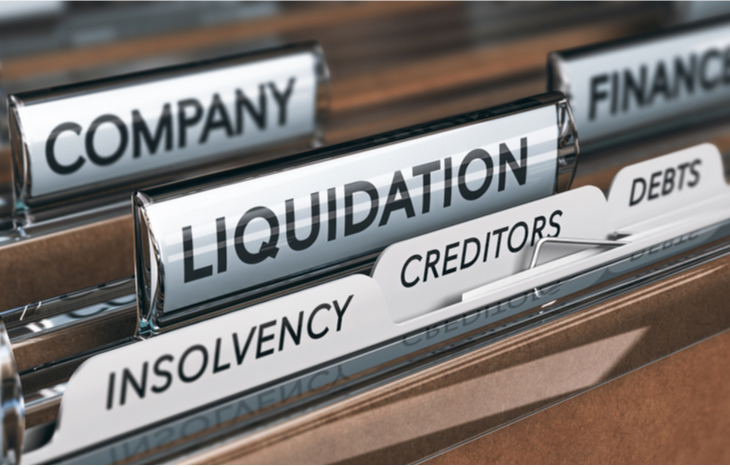 An imbalance in total assets vs. total liabilities is always at the root of insolvency, but there are many catalysts behind this imbalance. Some of the most common causes behind insolvency include:

How to Spot Insolvency

Insolvency shows itself in several ways. The easiest place to see it is in the company’s financial reporting. The balance sheet, income statement and cash flow statement will all show signs of insolvency when expenses and liabilities outweigh revenues and assets. Any seasoned investor can look at a 10-K or 10-Q and see whether a company is solvent or not.

Outside of financial reporting, there are several telltale behaviors of insolvent companies and those in financial trouble:

These behaviors, coupled with unfavorable financial reporting, almost always result in a declaration of insolvency. Once this happens, the company may seek debt restructuring or, in some cases, bankruptcy.

What is Corporate Debt Restructuring?

Corporate debt restructuring is a way to give a company breathing room while it overcomes the factors leading to its insolvency. Many creditors will work with insolvent companies to create more favorable repayment terms or rates, which allow the company to devote more of its income and effort to growing.

For example, if a company has a $2,000 monthly loan payment, the creditor may reduce the monthly repayment rate to $1,000 for 12 months and spread that $12,000 over the remaining life of the loan. The company can then take that extra $1,000 and use it to power revenue-generating efforts. This and other debt restructuring scenarios can offer companies the breathing room they need to become solvent again.

If enough time passes and these factors aren’t resolved or alleviated, the business will eventually face legal action regarding its insolvency. This typically means bankruptcy and asset liquidation, as a way of recovering as much money as possible. Realize that insolvency, by its very nature, means that the full value of what’s owed isn’t recoverable.

It’s important to note that bankruptcy is a last-ditch effort by creditors to recoup value. If the company is capable of fixing the cash flow problems that make it insolvent, creditors will often work out payment plans and other repayment options. This helps them recover the full amount owed over time, instead of settling for less now.

How to Fix Insolvency

Going from insolvent to solvent means tipping the scales in favor of assets over liabilities. In other words, companies need to become worth more than they owe and have means to pay back creditors. There are several ways to regain solvency, depending on the factors contributing to insolvency.

The simplest way to become solvent again is to increase revenue. Money solves most problems, and increasing revenues can provide the free cash flow needed to pay back debt accordingly. Increasing revenue at a faster rate than expenses is a sure path to solvency.

Decreasing expenses is another way to regain balance. Cutting back on non-essential spending and reining in extraneous purchases can restabilize the company’s balance sheet. Fixing money mismanagement is often a quick way to address avoidable liabilities.

Of course, there’s always debt restructuring—which often bides time while the company increases top-line growth or reduces expenses. And, as a last resort, bankruptcy and liquidation helps companies shed debt at the expense of shutting down. It’s important to note that taking on more debt in the form of business loans isn’t often considered a viable remedy for insolvency, since new loans immediately become liabilities on the balance sheet.

While it’s far from a good thing, insolvency isn’t a death sentence for a company. It’s fixable with the proper approach, and many companies have overcome insolvency to grow into powerful enterprises. For more information about financial reporting and investing, sign up for the Investment U e-letter below. Companies need to focus on the factors causing their insolvency and take specific, decisive action to remedy them. Whether it’s cutting back on expenses or ramping up revenues, it’s vital to ensure assets outweigh liabilities. When they do, you’re solvent once again.