What is a Mega Cap Company?

Think of the biggest brands in the world, and how massive these companies are. Now, think about how much they’re worth. If your mind goes to the iPhone in your pocket or the new Disney movie you’re taking the kids to see, you’re envisioning a mega cap company. These companies are the biggest of the big: typically, a stock with a market cap above $200 billion. They’re the heavyweights of the market and a surefire bet on success.

Mega cap companies haven’t always existed. In fact, it’s only recently that giants like Apple, Microsoft, and Amazon have tipped the trillion-dollar valuation mark. As these companies and others like them continue to grow larger, the mega cap designation becomes more important. It’s all about understanding market value in context.

Here’s a quick look at mega cap companies: who they are, what they represent and why it matters to distinguish them from other big-time companies that might not be on the same financial playing field. 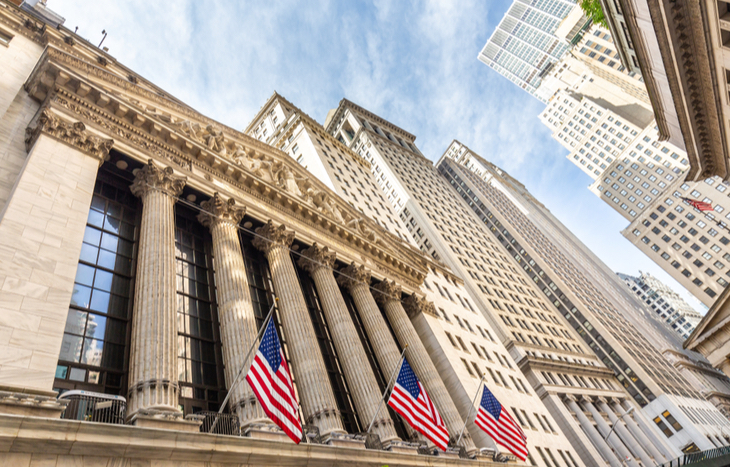 What is Market Capitalization?

For example, consider Johnson & Johnson (NYSE: JNJ). In July 2021, the company’s share price was roughly $169 with an average of ~2.67 billion outstanding shares, for a market cap of roughly ~$451 billion. This positions the company firmly in mega cap territory.

Companies’ market capitalizations change with the ebb and flow of its share price. A stock might breach $200 billion in value, then fall below that threshold again the following week. Remember that market capitalization thresholds aren’t hard and fast—rather, they’re good guidelines for evaluating companies based on size.

There are roughly 47 mega cap companies today, with more pushing above $200 billion market cap levels by the month.

Many investors and brokers still lump mega cap companies in with large caps. While this is technically correct, it muddles the pool of large caps. The difference between a low-end large cap stock ($10 billion) and a company like Facebook, valued at a trillion dollars, is astronomical! For this reason, they tend to get split out once they rise above the $200 billion threshold. This isn’t to say large cap companies can’t be sizable—it’s just another delineation in the same way we separate micro cap from small cap or mid cap from large cap.

The Benefits of Investing in Mega Caps

What are the benefits of investing in mega cap companies? Aside from the extremely powerful sway they have over the market, there are plenty of reasons to love these behemoths:

Without leaning too heavily on the “too big to fail” myth, it’s safe to say that the biggest draw of massive companies is their staying power. They simply make too much money and are too intertwined with everyday life to disappear. Investors appreciate that stability.

The Drawbacks of Mega Cap Investments

Despite the many positives, there are some drawbacks to putting all of your money in these companies. Some of the chief reasons include:

All in all, there are few downsides to investing in mega cap companies. And, what few drawbacks exist are easily countered by smart investing practices—namely, diversification.

It’s no secret that mega cap companies run the world. They’re the darlings of the investment world and much of the everyday ebb and flow of the major indices comes from the movement of mega caps. These companies are the market stalwarts, constantly setting new records for revenue and earnings, and benefitting from share price appreciation. They’ve gained the confidence of investors and aren’t likely to lose it any time soon.

To further advance your knowledge and grow your portfolio in the process, sign up for the Liberty Through Wealth e-letter below. Learn how you can build wealth in your life by making smarter investment decisions.