What is the New York Stock Exchange (NYSE)?

When buying and selling shares of stock, investors rely on a marketplace to facilitate transactions. The marketplace depends on the shares in question—and often, it’s the NYSE. Located in New York City, the New York Stock Exchange (NYSE) is the largest equities-based exchange in the world. It trades stocks from both U.S. and international companies.

When people think of the classic Wall Street stock exchange environment, they’re picturing the NYSE. However, what was once a ticker-tape strewn trading floor has evolved into a modern digital trading platform. Today, the New York Stock Exchange, alongside the NASDAQ, represents the most active and prolific marketplace in the world for securities exchange. Here’s a closer look at the NYSE. 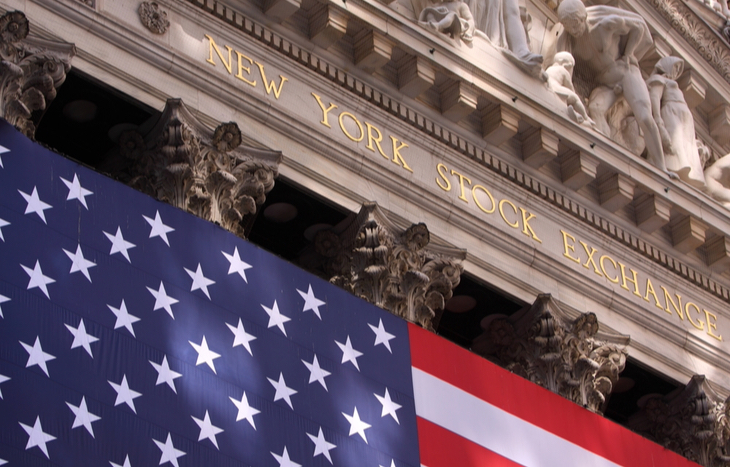 A Brief History of the NYSE

In 1792, a group of business owners founded the New York Stock Exchange on principles outlined in the Buttonwood Agreement: the original charter for stock trading in the United States. The exchange itself took shape in 1792 and listed just five securities, including the first public company: Bank of New York. In 1817, the exchange—which was previously decentralized—took up residence at 40 Wall Street in New York City. It jumped around for several years until landing in its now-iconic spot: 11 Wall Street.

Throughout the decades, the NYSE grew to list more and more companies, growing larger and larger. Through several mergers and acquisitions of smaller exchanges, the New York Stock Exchange grew to become a global powerhouse. Its biggest merger took place in 2013, when it merged with Euronext, the largest stock exchange in Europe, to create NYSE-Euronext. This exchange was then acquired by Intercontinental Exchange.

Today, the NYSE lists more than 2,400 companies from around the world. It’s the largest exchange in the world by market cap.

Major Companies Listed on the NYSE

The NYSE is home to blue-chip stocks and market bellwethers: some of the biggest and oldest companies in the country. While the NASDAQ represents a tech majority, the New York Stock Exchange is more diverse. The largest companies listed on the New York Stock Exchange come from industrial, utility, transportation and financial sectors. Some of the biggest by market capitalization include:

There’s tremendous diversity on the New York Stock Exchange, chiefly because the exchange is so old. For many years, it was the only place to buy and sell securities and as such, became the de-facto market for IPOs. Today, more and more companies choose to list with the NASDAQ due to lower barriers to entry; however, the NYSE remains the home of some of the most prestigious companies.

A marketplace, the NYSE is where investors come to buy and sell shares of companies who list on this exchange. Companies who choose to list their shares with the New York Stock Exchange do so at IPO, and pay a fee ranging between $150,000-$295,000, depending on the number of shares issued. Then, after listing, companies pay an annual fee of the greater of $0.00113 per share or $71,000 to maintain the listing.

After listing, investors can buy and sell shares of the company through the New York Stock Exchange. This exchange operates via an auction method, which pairs the highest bid price with the lowest asking price. Trades execute during market hours: 9:30am EST to 4:00pm EST. The NYSE has designated market makers to maintain liquidity, ensuring shares change hands without issue. These designated market makers maintain the stability of stocks and serve as a human point of contact for the company whose shares trade throughout the day.

Interesting Facts About the NYSE

As one of the world’s oldest stock exchanges, the NYSE has seen a swath of evolution throughout its maturity. Today, it remains iconic and still one of the most-relied-upon exchanges for traders and companies alike.

While most investors are familiar with the iconic opening and closing bells ringing at 11 Wall Street, the NYSE actually functions primarily online these days. Nevertheless, it remains an iconic representation of the world’s most recognizable stock exchange.

An Iconic Cornerstone of the Stock Market

Even though the days of ticker tape and Big Board prices have passed, the New York Stock Exchange still rings the opening and closing bell to signal the start and end of each trading day. Billions of shares change hands and the market reacts—the NYSE is a major part of what keeps the investment world turning.

To learn how you can build wealth by investing in stocks and making smart investment decisions, sign up for the Liberty Through Wealth e-letter below. The New York Stock Exchange is and always has been an iconic cornerstone of the stock market, and one every investor will interact with in some capacity.