A pension plan is essentially a retirement plan that is provided by your employer. Unlike a 401(k), you do not have to contribute to the plan in order to receive distributions. Instead, your employer funds your pension plan.

Pension plans initially became popular during World War II. After Congress passed the Stabilization Act of 1942, the president was able to freeze salary increases for employees across the country. President Franklin Roosevelt immediately used these powers to stop employees from getting additional raises, bonuses and commissions. 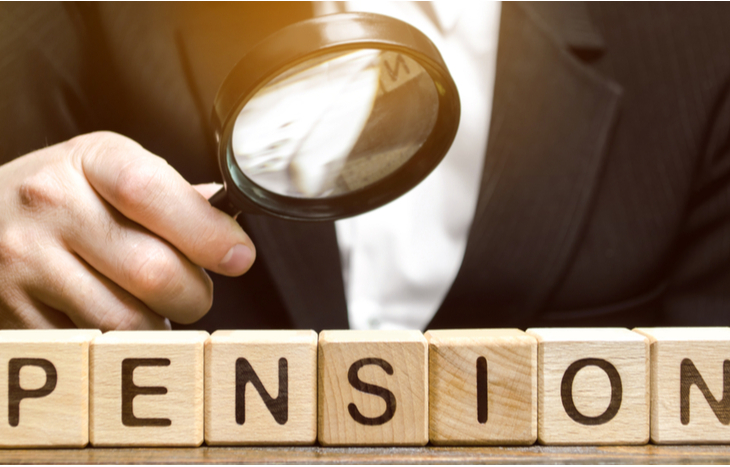 Because of World War II, the demand for labor was growing at an unexpected rate. This was causing wages to increase rapidly. The government designed the law to help the war effort. A small clause in the law is the reason why we have pensions and employer-sponsored insurance today. Despite the ban on raises, this legal clause allowed health insurance and pension benefits to grow.

Savvy companies expanded their pension plans in order to attract workers. Because the Revenue Act of 1942 also taxed profits at rates of 80 to 90%, corporations also used pension plans as a way to avoid taxes. Instead of giving money to the government, they could give their employees extra benefits. By the end of 1960, pension plans covered about 23 million people. This meant pension plans covered roughly half of employees in the private sector. Today, only 21% of workers are covered by a pension plan.

What Is a Pension Plan?

In the private sector, defined contribution plans typically replace pension plans. If you work in the public sector, there is a good chance that you can still use a pension plan to prepare for retirement. With a pension plan, your employer sets aside money for your retirement. Over time, these savings grow because of compound interest and dividends.

Employees do not control pension plans, which can be a good thing. It can also be an issue because you have no control over whether your employer properly funds your plan or not. While your employer should set aside money each year to fund your plan, this does not always happen. In addition, if a company goes bankrupt, it can terminate your pension plan.

How Much Risk Is There?

Any retirement plan will carry some degree of risk. You do not have control over your pension plan, so your company can invest the funds in risky stocks or bonds. Your company could also go bankrupt. Over time, it may adjust the terms of your pension plan. For example, some pensions have dropped the salary percentage that they give to retired employees. Because pensions are so expensive, employers will often try to minimize the cost of these plans.

Even if the company goes bankrupt, you should still get some money out of your pension plan. Instead of receiving pension payments from your company, you will get them from the Pension Benefit Guaranty Corporation. Unfortunately, you will most likely see a reduction in benefits.

Every type of retirement plan comes with some degree of risk. Because of this, it is important to save for retirement through multiple techniques. Ideally, you should also have other retirement savings available to supplement your pension if something goes wrong.

Can You Get Social Security Payments With a Pension Plan?

How Do Pensions Differ From 401(k) Plans?

If you work in the private sector, your employer most likely offers a 401(k). With a 401(k) plan, you contribute a set percentage of your salary to the plan each month. Many employers will offer matching contributions up to a certain limit.

Unlike a pension plan, a 401(k) allows you to choose how your funds are invested. If you know a lot about investing, you could end up earning more money with a 401(k) than you would with a pension. You are also more likely to lose all of your money because you could make bad investment decisions. In comparison, your employer is required to pay your pension. Even if your employer makes a bad investment, you will still get your pension benefits.

Pensions and 401(k) plans are tax-advantaged ways to save for retirement. You do not pay taxes on your contributions until you retire. Once you begin taking your pension benefits or 401(k) distributions, you will have to pay taxes. If you decide to withdraw your pension through a lump sum, you will need to roll it over to an individual retirement account (IRA) unless you want a huge tax bill.

While you can get private pensions, many public organizations like the federal government also offer pension plans. Old companies still offer pensions, but many of these organizations are trying to limit pension programs as much as possible. These programs tend to be extremely expensive to run, and the Pension Benefit Guaranty Corporation requires employers to insure their programs. Because of the high costs, many private companies are working to phase out their pension plans.