What is Return on Equity (ROE)?

ROE is a way of measuring how much profit a company generates with the money shareholders invest in it. It’s calculated by dividing net income by shareholder equity. Companies that use shareholder dollars to produce higher profits will have higher ROE. And thus, will attract more investors. ROE is one of the best measures of a corporation’s profitability. It’s a metric every investor should consider before making the decision to open a position. 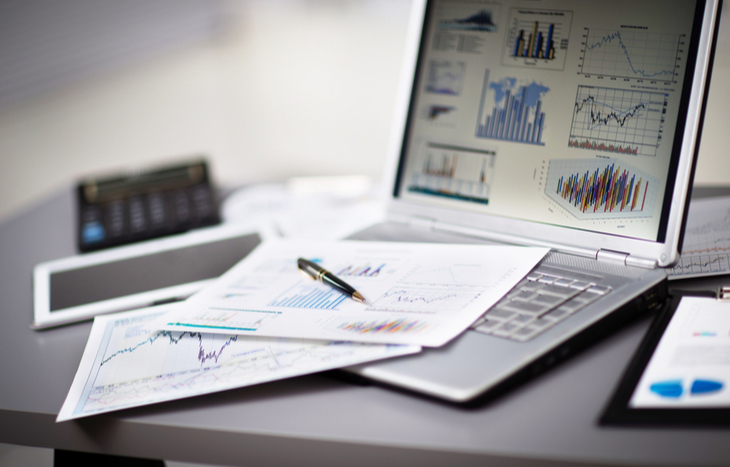 How to Calculate Return on Equity

Like most other profitability metrics, return on equity uses simple division. To calculate ROE, divide net income by shareholder equity:

The higher the return on equity percentage, the more effective a company is at turning its assets and employees into profits that benefit investors. For example, if a company’s ROE is 20%, it means that every dollar invested by shareholders returns $0.20 in profit.

Tracking ROE as an Ongoing Metric

It’s imperative to watch closely how ROE changes over time. Ideally, it’s a figure that’ll increase—and when it does, it’s a sign of maturity in the company.

Small companies rely more on investor dollars to stay afloat as they get revenue streams up and running. They tend to have a lower ROE because net income is lower: the result of fewer sales and more upfront expenses. However, as companies grow and establish themselves, their revenue streams will begin to gain traction. They’ll also develop operational efficiencies and economies of scale, which contribute to higher profits. As a result, ROE will climb.

If return on equity doesn’t grow over time, it’s a sign that the company isn’t maturing or hasn’t found an optimal way to put investor dollars to work. Sometimes, it’s as simple as growing sales to correct the problem; other times, it’s a leadership issue. It’s important to know the difference between a stagnant ROE and one that’s plateaued at or above the sector average.

What is a Good ROE Measure?

One of the easiest ways to measure a company’s ROE in terms of is to track it against the S&P 500 index. Simply put the company’s return on equity up against the long-term average annual return of the index (~14%). Anything that matches or beats that figure is acceptable, and the higher the figure the better the company’s performance. Anything 10% or lower is a measure of poor ROE. While this isn’t a foolproof shortcut, it’s still relatively accurate.

A more accurate way to gauge ROE is to use the aggregate average for market leaders within a sector as a benchmark. For example, you might find that the average ROE for industrials is 12%, while the average ROE for consumer discretionary companies is 18%. Contextualize return on equity within sectors for a more accurate understanding of the metric. It’s easy for a consumer discretionary company to pump shareholder capital into marketing that drives sales. Meanwhile, an industrial manufacturer may leverage shareholder capital into assets that take longer to yield ROE.

Return on Equity (ROE) vs. Return on Assets (ROA)

Both return on equity (ROE) and return on assets (ROA) represent how well a company uses resources to generate income; however, they’re very different metrics. The former accounts only for shareholder equity—not total assets and liabilities, like ROA does. As a result, ROE doesn’t necessarily show how the company puts shareholder capital to work in pursuit of profits.

Investors looking for a peek into the general return on investment per dollar invested will find what they’re looking for in ROE. For those who want a more comprehensive assessment of how a company uses all its resources to create value for shareholders, ROA tends to be a more accurate metric.

A Great Indicator of Management Effectiveness

At its core, return on equity is as much a measure of a company’s management effectiveness as it is profit efficiency. If a company wants to generate strong profits, it needs good management at the helm—someone to put investor dollars to work in the best way possible. Good management will find ways to increase sales revenue, improve profit margins and run the company leaner. All this adds up to better profitability and more responsible use of investor capital to propel the company forward.