Many screenwriters like to choose high-pressure situations. They show people at their absolute best or worst as the basis of their movie. Due to this, there are plenty of movies based around sporting events, wartime situations and superhero/villain standoffs. However, if there was ever a high-pressure environment where people are seen at their best (or worst), it’s the stock market.

It should be no surprise then that there are some truly spectacular stock market movies out there. They’re definitely worth watching. If you aren’t familiar with stock market movies, I’ve gone ahead and selected a few of the top ones that you should add to your list. 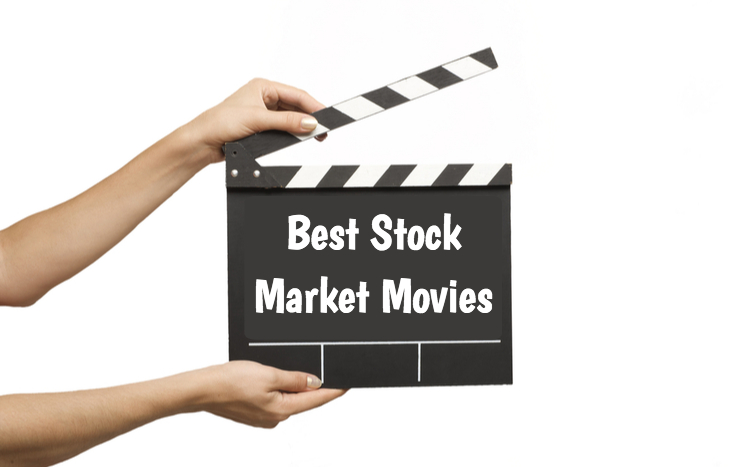 Based on Jordan Belfort’s book of the same name, this biopic documents Mr. Belfort’s rise as a high-flying Wall Street stockbroker. It then shows his eventual demise as he gets overtaken by drugs, crime and corruption. Leonardo DiCaprio stars as Jordan Belfort, a mid-to-late 20s stockbroker who opens his own brokerage firm called Stratton Oakmont in 1989.

Jordan is able to line his own pockets with millions of other people’s dollars. This is with the use of high-pressure sales tactics and illegal “pump-and-dump” stock manipulation. He enjoys living the high life with his business associate (Jonah Hill) and wife (Margot Robbie). However, since all highs need to end at some point, Jordan’s life eventually comes crashing down. He lands in serious trouble with the Securities and Exchange Commission.

If there was ever a stock market movie to watch, this is it.

Sell me this pen.

I’ve been a rich man and I’ve been a poor man, and I’d choose rich every time.

Looking for some of the best investing quotes? Check out these 42 Warren Buffett quotes.

He plans to do this by joining J.T. Marlin, an investment firm that was co-founded by Jim Young (Ben Affleck) and a few others. Just like Jordan Belfort’s Stratton Oakmont firm, J.T. Marlin is a chop-shop that uses illegal “pump and dump” stock manipulation schemes as well as high-pressure sales tactics.

Seth quickly realizes that he is expected to cold call potential clients and convince them to buy questionable stocks by any means necessary. The main difference between the two films is that Jordan Belfort completely relishes in the act of ripping off his clients, while Seth Davis is eventually overcome with guilt. After Davis watches one of his clients lose his life savings, he decides that he wants to do his best to take down J.T. Marlin.

Anyone who tells you that money is the root of all evil doesn’t have any.

What do you mean you’re gonna pass? The only people who make money passing are NFL quarterbacks and I don’t see a number on your back.

A sale is made on every call you make. Either you sell the client some stock or he sells you on a reason he can’t. Either way, a sale is made.

Wall Street is perhaps the number one stock market movie to watch. This movie follows Bud Fox (Charlie Sheen) as he becomes intertwined with the original Wall Street Tycoon, Gordon Gekko (Michael Douglas). Bud Fox is a young stockbroker who looks up to Gordon Gekko, who’s a legendary player on Wall Street.

Fox does his best to land a job working with Gekko and eventually becomes his go-to man after recommending a few successful trades. However, things take a turn for the worse. The Securities and Exchange Commission gets wind that these trades were based on inside information.

Greed, for lack of a better word, is good.

The most valuable commodity I know of is information.

Life all comes down to a few moments. This is one of them.

The Big Short is based on the true story of Michael Burry (Christian Bale), a hedge fund manager who correctly predicted the 2008 Financial Crisis and made hundreds of millions of dollars for himself and his clients. The story was originally adapted as a book by Michael Lewis called The Big Short: Inside The Doomsday Machine.

The 2008 Financial Crisis was the end result of risky lending practices by major investment banks in the mortgages industry. The Big Short follows three different independent investment managers. They do their best to navigate the impending financial crisis and warn the public. The three investment firms whose stories are highlighted are Michael Burry’s Scion Capital, FrontPoint Partners and Brownfield Capital.

If you’re looking for another great stock market movie about the 2008 Financial Crisis, check out Too Big To Fail.

Truth is like poetry. And most people hate poetry.

The ratings agencies, the banks, the government, you’re saying they’re all asleep at the wheel?

Actually no one can see a bubble, that’s what makes it a bubble.

The following two movies aren’t necessarily what you’d consider traditional stock market movies to watch. However, they definitely incorporate the stock market into their storylines and might be worth an add to your watchlist.

The Other Guys – This comedy follows two New York City cops played by Mark Wahlberg and Will Ferrell. This mismatched duo investigates a hedge fund manager, who is eventually revealed to be the leader of a Ponzi scheme that is using the police pension to recuperate his losses.

Trading Places – An upper-class commodities dealer (Dan Akroyd) and a street hustler (Eddie Murphy) suddenly find themselves in each other shoes as the result of an elaborate bet. This comedy follows the two as they attempt thrive after their life’s circumstances have been changed.

These stock market movies are entertaining and you can also learn a thing or two. The stock market has many investing opportunities. To learn more about investing, you can sign up for Investment U below. It’s a free e-letter that’s packed with investing tips and tricks. Whether you’re a beginner or already an advanced investor, there’s something for everyone.