What is a Variable Cost?

In most cases, a business’ variable costs are synonymous with its cost of goods sold (COGS). They’re opposite fixed costs and tend to factor heavily into a company’s ability to meet its earnings requirements. While fixed costs are known, variable costs aren’t always; however, many businesses have models to predict them. Nevertheless, these costs can be a wildcard in a company’s cash flow reports and earnings statements. Here’s how to understand and account for them. 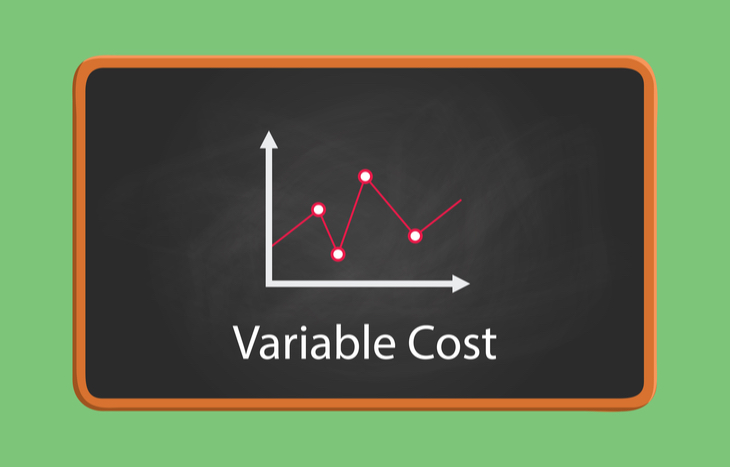 When thinking about variable costs, it’s easiest to simply look at COGS. Everything included in COGS is a variable expense because it’s tied to the total production of goods or services. The most common examples include:

Depending on the goods or services it produces, a company’s variable costs can span numerous different contributors to COGS. Some companies have very few; others have many.

An important factor to remember about variable costs is that all variable costs are, themselves, variable. A great example of this is materials costs vs. labor costs. For example, it might cost $2 to purchase materials for a Widget and .25 labor hours to assemble it, paid at $15/hr. If you pay employees an hourly wage (rounded). The cost to produce one widget is $17; however, labor covers four Widgets per hour, which equates to $25/hr. Anything beyond the fourth unit adds another labor hour, immediately incurring a $15 expense.

In this example, the variable cost of labor increases at a quarter of the rate of materials. Yet, both are still variable costs because they depend on how many Widgets the company produces. Companies sometimes deal with dozens of different costs, which can make it difficult to digest financial reporting about metrics like gross margin or cash flow.

There’s actually a category in-between true variable and true fixed costs, called semi-variable costs. These typically involve costs affixed to a certain level of production. For example, a company might have fixed pricing for raw materials up to 1,000 units, with variable pricing for all units above that threshold.

Companies looking to reduce or control variable costs need to identify them and their impact on the company’s bottom line. For example, a company might negotiate price breaks for raw materials over certain quantities in an effort to keep these costs lower as production ramps up. This, in turn, preserves gross margin and profit even in the face of rising variable costs.

Why is Predicting Variable Costs Important?

Companies actively monitor variable costs in an effort to model them better. This is an important practice because it can determine the profitability of a company based on how its costs behave in relation to its production. For example, the company needs to know how much its COGS go up as it ramps up production, so it can determine acceptable thresholds for gross margin and profit.

Predicting these costs also provides insight into future company performance. If the company produces 1,000 Widgets this month and expects to produce 1,200 next month, it can estimate future costs even though they’re variable. Moreover, it can stack up expected COGS against expected sales to predict earnings. This is common practice among public companies, which set earning targets for investors to follow.

While variable costs may rise and fall continuously, they offer companies an opportunity to exercise control over its bottom line. Predicting these costs provides a framework for understanding how the company will perform in the near future. Identifying specific variable costs and finding ways to reduce them can improve gross margin and profit. And, most importantly, fixed costs give a company more opportunities to grow, as opposed to fixed costs, which remain unchanging, ever-present.

Are you interested in expanding your investing expertise and financial literacy even further? If so, sign up for the Investment U e-letter below. You can learn more about making smart investement decisions and everything in-between!