What Is a SPAC?

Traditionally, when a company wants to list on a stock exchange, it goes through the IPO process. Over the last five years, however, many new companies have taken alternative routes to market. While direct listings have been popular, some of the biggest debuts of new companies have come in the form of SPACs. What is a SPAC? It’s a concept that’s becoming more and more prevalent, and one that new investors need to get familiar with.

SPAC stands for “special purpose acquisition company” – although that moniker can be a bit deceiving. There’s no “company” involved, and the “special purpose” of the entity is to bypass many of the barriers to an exchange listing. Here’s a look at what SPACs are, how they work and what they mean for investors who want to dig into a new public investment opportunity. 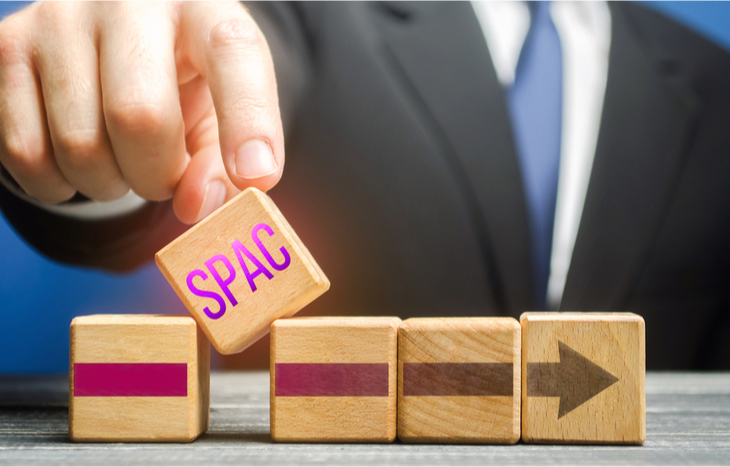 SPACs have been around for years as a special type of asset class. Until the present day, however, they were relatively rare and often shunned by investors. Now that’s changing. More and more companies leverage SPACs to get listed, so they can begin trading at a premium among hungry investors who want to be first in on a new company.

SPACs have a variety of names, the most intriguing of which is “blank check company.” This refers to a form of shell company set up by investors to raise money through an IPO to acquire another company. Here’s an example:

ABC Company is a SPAC. It has no assets or operational costs, and it brings in no revenue. Instead, it received $500 million in venture capital. At the same time, XYZ Company wants to go public, but isn’t willing or able to list on an exchange. ABC Company goes public at its $500 million valuation, then acquires XYZ Company, bringing it into the public market. ABC Company effectively becomes XYZ Company, since the shell structure gets replaced by actual operations.

This is an oversimplified example, but it shows the power and purpose of a SPAC. It’s a cost-efficient way to take a company public. Moreover, there are very few strings attached. Investors in the SPAC aren’t privy to the company it’ll acquire and bring public – and if it fails to acquire that company, the SPAC is liquidated.

Chances are, you’re familiar with at least one SPAC that hit the market in recent years. After all, more than 200 SPACs went public in 2020 alone! Among the biggest were Virgin Galactic, DraftKings and Nikola Corp. – each brought to market through a SPAC acquisition. Even WeWork – which produced a failed IPO in 2019 – is finally headed to market in the form of a SPAC acquisition.

SPACs have existed for decades but are only now becoming a major tool for debuting public companies. Why? The answer comes in the form of several complex economic factors. For starters, low interest rates and looser borrowing restrictions make it easier for investors to fund SPACs. This, coupled with the relatively low risk of SPACs, makes it more efficient and affordable for these companies to go public. Favorable market conditions also play a role, stoking investor sentiment about any new company coming into the public forum.

Companies are also turning to SPACs to help them thwart some of the struggles that accompany a traditional IPO. Especially investor scrutiny. The IPO roadshow process is long and arduous, and many companies find themselves listed at a lower price than they believe they’re worth. Other times, a growth-hacked balance sheet can weigh heavily on a new public company. All this comes out during an IPO evaluation process.

Because a SPAC involves a shell company, there’s nothing to evaluate. SPACs aren’t subject to investor scrutiny because there’s no cash flow or debt. This is why most SPACs debut on exchanges for $10-$15 and quickly rise in price.

SPACs also avoid the lengthy underwriting process, which allows them to be agile in bringing a shell company to market. No roadshows or pitch meetings means a faster track to public capital and even more power when it comes to acquiring a different private company.

The pros of SPACs include that they’re agile. Shell companies aren’t bogged down when it comes to acquiring their target company, which can mean quick returns for shareholders. Moreover, the general lack of a balance sheet makes them a straightforward investment.

Unfortunately, this agility comes with lack of scrutiny and transparency. You don’t know what you’re investing in until a SPAC makes its intentions clear. And when it does, you might not feel the same about your investment. It’s also worth noting that SPAC sponsors receive shares amounting to 20% ownership at a diluted rate – which can lower the overall value of your holdings as a retail investor.

The success of a SPAC depends heavily on the management and investment team behind it. This could be a pro or a con, depending on the names attached to the venture.

Should You Invest in a SPAC?

What is a SPAC? Now that you know, do SPACs sound like an interesting investment? For many, the answer is yes. But before you jump at the chance to become a SPAC shareholder, make sure you understand the risks. There’s more chance involved in these investments than in stock investments, and retail investors are along for the ride with very little foresight.

However, SPACs provide you with a new opportunity to build wealth. Sign up for the Liberty Through Wealth e-letter below for trading tips, trends and strategies that can lead you along the path to financial freedom.

A SPAC that hits on a strong acquisition could bring a powerful company into the public markets. Getting in early could put you on the path to strong long-term ROI.