Want to open your investment portfolio up to holdings from outside the U.S.? Foreign companies aren’t always accessible through U.S. exchanges, which means investors need another option. That option is American depositary shares (ADSs). These shares give you access to equity in foreign companies, allowing you to diversify your portfolio and capitalize on the momentum of other markets. Moreover, they bring the liquidity of U.S. capital markets to foreign companies looking for investors. 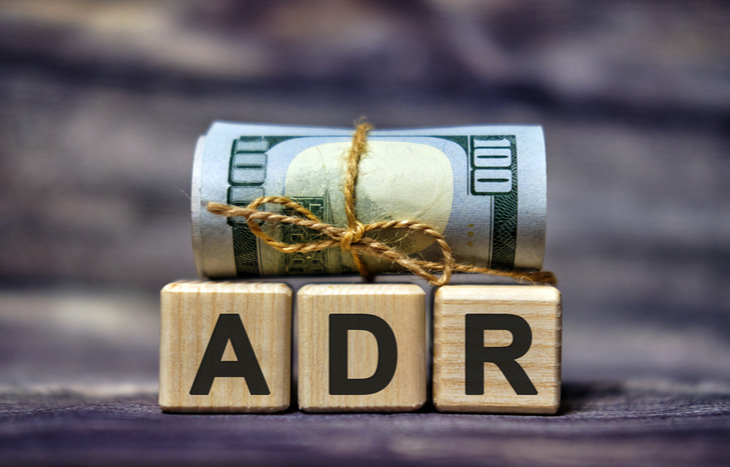 What Are American Depositary Shares?

To make foreign companies accessible to investors, brokers buy shares on foreign exchanges and deposit them in a depository bank. These are ADSs. Then, a custodial bank issues ADRs in an equivalent proportion to the ADSs, and those ADRs trade on U.S. exchanges. The difference comes from the interaction investors have with them:

How to Invest in American Depositary Shares

There are several ways to invest in ADSs via ADRs. The simplest is over the counter (OTC), since there are more opportunities for foreign stocks to change hands. OTC markets tend to attract unsupported Level I ADRs, which are still valid receipts for ADSs, but not officially supported by the company they represent. This typically means you’ll have a hard time finding financial filings or newsworthy information. OTC ADRs aren’t subject to SEC regulations, either. As a result, there’s a higher level of risk associated with them.

Level II and III ADRs generally receive support from the foreign company they represent. As a result, there tend to be accessible filings and information pertinent to the company. These ADRs are very accessible and trade on traditional U.S. exchanges – which means they also meet SEC filing requirements. Buying and selling tends to occur much like with any other stock, which makes it easy for any investor to add them to their portfolio.

A Note About Currency and Conversion Ratio

Before investing in ADSs, make sure you look at the conversion ratio. Often, it’s 1-to-1 – meaning one ADR represents one ADS, or, in simpler terms, one receipt equals one share. It depends heavily on currency exchange, though. In countries with weaker currencies, the ratio may climb higher. For example, if the U.S. dollar has a 1-to-25 ratio with the foreign currency, the custodial bank may issue ADRs that reflect that 1-to-25 ratio. In other words, one ADR might trade for $25 and represent 100 shares of the foreign company.

Because U.S. markets denominate ADRs and ADSs in U.S. dollars (USD), it’s always important to check their value against the conversion ratio. On the surface, what you see is typically what you get, except in the case of companies in countries with wildly inflated currencies.

The Pros and Cons of ADSs

Because they behave so similarly to domestic equities, ADSs (and ADRs) are generally considered to be in the same risk index, despite being foreign investments. The positives often outweigh the negatives for most investors. Moreover, the cons of ADS investments are easy to offset with a forward-looking mindset.

The best way to maximize the positives and avoid the potential negatives of ADS investments is to perform due diligence. What is the conversion ratio of the ADS? What is the effective tax rate for dividends in the company’s home country? In most cases, purchasing ADRs provides the accessibility investors want, while shielding them from owning the underlying asset directly.

While it’s unlikely that you’ll ever own American depositary shares, investors still have access to them via American depository receipts. It’s a great way to get the exposure you want from a company in a different market. Moreover, foreign investments provide a hedge against domestic volatility. ADSs (and ADRs) afford investors all the benefits of a global investment – and help foreign companies access U.S. capital markets. It’s a win-win for both sides – part of the reason ADSs are so prevalent today.

To learn how you can use different markets to set yourself up for retirement, sign up for the Wealthy Retirement e-letter below. You can retire on your own terms if you make smart investments throughout your career!