If you’re wondering how to save for an early retirement, you’ve come to the right place. Retiring early is only a dream for many, but it can actually become a reality for you – or anyone who is willing to make serious changes to their lifestyle.

One of the most important changes you can make to your lifestyle for early retirement is saving money. It is often easier to cut expenses than to increase your income, even if some of your major costs seem fixed.

In this article, we will look at how to save for early retirement if that’s your goal. Whether you want to retire early at 40 or even retire early at 60 doesn’t matter – there’s information here that will be invaluable in helping you achieve financial freedom. 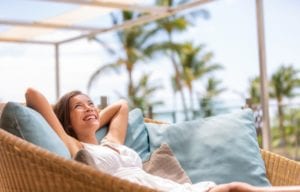 Why Other People Can’t Save for Early Retirement

And I don’t use the term “addicted” lightly. Our spending patterns are out of control and having massive amounts of debt has been completely normalized. Just take a look at average household debt in the United States right now…

The average American household’s debt is at $90,460. This figure includes everything from credit cards to mortgages and student loans. Generation X (ages 40 to 55) has even more debt at an average of $135,841.

Unless you are a top-income earner, it’s going to be hard to service so much debt and invest for retirement at the same time. But to reel in our debt, we have to start reeling in our spending too.

So what are we spending so much money on? Well, everything from new houses (big ones!) to new cars (fancy ones!) to big restaurant meals (takeout only for some during the pandemic). And don’t forget the interest payments you’re making on all that debt, too.

With all that spending, how could anyone possibly find a way to save for early retirement?

It’s Not About Your Latte Addiction

I can tell you one thing: Figuring out how to save for early retirement is not just about cutting out that daily Starbucks drink. Even though the cliché is that millennials have no retirement money because they spend it all on coffee and avocados, this is far from the truth.

Think about it: If you want to make a dent in your spending, doesn’t reason seem to show that you should start with your largest monthly expenses, not your smallest? Of course it does.

And yet this commonsense way of looking at it is not so commonsense after all – many people might argue that it’s impossible to cut down on the big three expenses: housing, transportation and food.

In fact, let’s look at a breakdown of what households are spending on each of these three items in relation to the others:

Almost two-thirds of our spending is taken up by just three major categories!

So how can you save for early retirement by cutting down on housing, transportation and food? Let’s take a look.

Save for Early Retirement by Cutting Your Housing Cost

You may be wondering how to save for early retirement if you have an enormous home. Spoiler alert: You may not be able to. Now, that’s not always true, and there are different ways to make a giant house – and even a giant mortgage – work for you.

Owning a giant, luxurious home is a status symbol. But owning status symbols is a great way not to retire early. But here’s the good news: Houses are assets that you can sell. “Downgrading” (is it really a downgrade, though?) to a significantly smaller house that costs you much less is an option that’s always on the table.

And what if I told you there was even a way to live “rent- or mortgage-free”? I’m not kidding. And no, it doesn’t involve squatting, I promise. What I am referring to is the practice of house hacking – renting out rooms in your home or a section of a multifamily home and using the passive income to pay off your rent or mortgage each month.

Not only is house hacking entirely possible, but also lots of people do it! And remember, by completely eliminating your monthly housing payment, you just literally saved – on average – 33% of your monthly spending. And all of that money that can be socked away for your early retirement! Plus, if you own your home, you’re also building equity.

How to Save by Cutting Your Transportation Costs

If you think saving for early retirement by cutting your transportation costs is impossible, think again! You know that bright red 2021 BMW you’ve been coveting? You don’t need it. It’s another wealth trap, a shiny status symbol that in no way helps you build wealth. It’s a losing investment all around.

In fact, you might not need a new car at all. In the case that you do, I highly recommend buying a pre-owned car at least 1 year old if not older. Cars lose significant value the moment they are driven off the lot for the first time. In other words, you will already be saving significant money on the front end by buying a (slightly) used car.

But what if I told you that you don’t even need a car at all? Is your mind blown yet? Of course, you may need a car right now, especially if you are using it to commute to work.

However, finding a place to live that’s within walking or biking distance to work is an incredible way to completely eliminate your car expenses each month. And not only are bikes and walking cheaper than cars, they are great for the environment (and your health), too. See, isn’t saving for early retirement both fun AND refreshing?

How to Save on Your Food Bill

Another way to save big money every month is to cut down on your food expenses. The easiest way to do this is to cut out restaurant meals as much as possible.

The average household spends $3,365 per year on food away from home.  That breaks down to about $280 per month. Spending nearly $300 per month on takeout and restaurants is a surefire way to make early retirement a much longer path.

Instead, you should focus on making as many of your meals at home as possible. If you are working in an office next year, brown-bag your lunch each day. Make dining out an occasional treat, not a habit.

The folks over at ChooseFI recommend limiting your food spending to $2 per meal. That may sound impossible, but it’s really not. There are plenty of inexpensive options and store-brand items available in the market.

Of course, if you want to be super ambitious, you may even want to try growing your own food at home. I’m not suggesting you start raising cattle – but then again…

Saving for early retirement is possible. But the trick is to not sweat the small stuff – like those delicious lattes – and focus instead on cutting down your three largest expenditures: housing, transportation and food.

Of course, saving money is only one piece of the early retirement puzzle. Another is figuring out what to do with all of that money you’re saving. And I know just the person to follow for guidance on this issue.

I highly recommend signing up for Oxford Club Chief Investment Expert Alexander Green’s free e-letter Liberty through Wealth. In it, he will teach you how to go beyond mere saving and learn how to truly build wealth for early retirement. 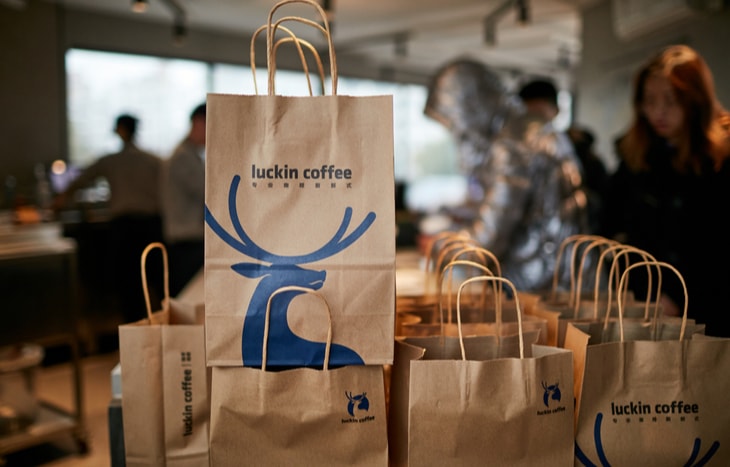 Can Luckin Coffee Stock Recover in 2021?