What is a Bear Hug in Business?

Mergers and acquisitions are big business in the public capital markets. Public companies often acquire other companies to grow their business and strengthen their economic position. But not every company wants to go through a merger or acquisition. For the acquiring company, it can be a struggle to get a target to comply. That’s where a bear hug is useful.

In capital markets, a bear hug refers to a passive-aggressive acquisition strategy one company can use to acquire another. While it comes at a significant premium, executed correctly, a bear hug can circumvent more hostile forms of takeover.

Here’s a closer look at bear hugs as an M&A technique. Moreover, how companies use them as a form of coercion to make target corporations more amenable to acquisition, even if they’re not looking to get acquired. 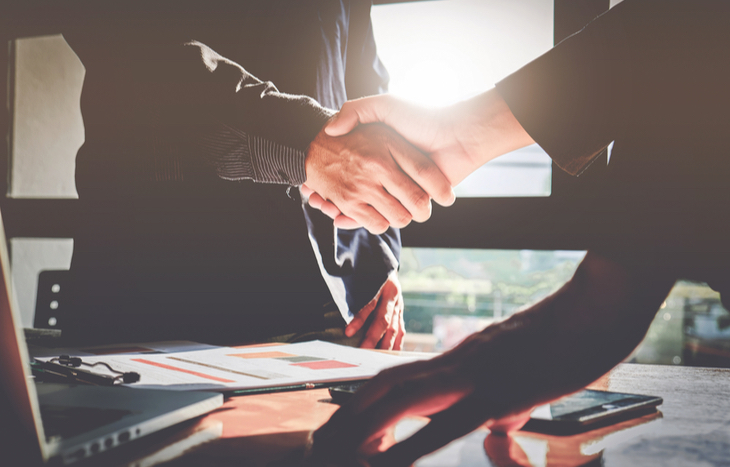 Breaking Down the Bear Hug

The concept of a bear hug is simple. It involves offering to buy a company’s shares at a significant acquisition premium, well-above the current market price. For example, if a company’s stock price is $16, a bear hug might involve buying outstanding shares for $24: a 50% premium. It’s an offer that’s quite literally too good to pass up.

As mentioned, this is a very passive-aggressive acquisition strategy. In fact, it forgoes any negotiations and simply forces the target company to make a choice. Accept the offer and accept acquisition, or deny an extremely lucrative offer?

A Duty to Return Value to Shareholders

What happens if you refuse an offer that’s too good to pass up? If you’re a public company, it could result in a lawsuit from shareholders. That’s the devious nature of the bear hug! The board of directors at a public company is legally obligated to act in the best interest of shareholders. Turning away an offer to buy shares at a significant premium could be construed as the opposite of that duty, and may upset shareholders.

Bear hugs put the board of directors in a very precarious situation. Unless they can prove that the offer to buy share at a premium is in some way detrimental to the future success of the company, they risk losing shareholder confidence. Yet, if they accept the offer, it effectively means signing an acquisition agreement. In most cases, the company delivering the bear hug gets what it wants.

In the world of mergers and acquisitions, there are hostile and amicable takeovers. Bear hugs exist somewhere in-between. The pervasive tactic of a bear hug puts it firmly in the territory of a hostile action; yet, it results in significant benefit for the target company and its shareholders. Moreover, the unsolicited nature of bear hugs can make them feel either hostile or amicable. For example, a struggling company may see it as a lifeline, while an up-and-coming company might see it as an underhanded ploy.

Bear hugs don’t happen all too often in the public markets—largely because they tend to be an expensive endeavor. Moreover, many companies don’t want the reputation that comes with passive-aggressive takeovers. Most acquiring companies strive to create synergy before, during and after an acquisition: a prospect that’s difficult when there’s a bear hug involved.

Candidates for a Bear Hug

Bear hugs usually involve large companies acquiring smaller ones. The expense associated with this type of acquisition strategy means the acquirer needs to have significant financial leverage over the target company. For example, a large cap company valued at $80 billion might use a bear hug to acquire a small startup with proprietary technology that’s only valued at $250 million.

Speaking of startups, small up-and-coming companies are commonly prospected by large and mega cap companies. These startups can often fend off M&A activity by small- and mid-cap companies, but succumb to larger companies that seek to acquire them for their technology or human capital.

How to Fight a Bear Hug

Bear hugs can seem like a no-win situation for the target company, but there are ways to thwart them. For one, if the offer per share isn’t significant enough, the company can reject it without fear of upsetting shareholders. Or, if the board of directors can convince shareholders of malintent by the acquiring company, they can avoid a lawsuit. Finally, if the company can inflate its share value ahead of the impending offer, it could become too expensive for the acquiring company to target with a bear hug.

Acquisition is a Game of Strategy

In the public markets, corporations will do everything they can to strengthen their position. For example, this includes making aggressive plays for companies they wish to acquire. If they don’t think a target will respond receptively, there are tactics they can use to coerce an acquisition. The bear hug is one such tactic. And while it’s expensive and sometimes viewed as underhanded, it’s nonetheless effective, in a Marlon Brando Godfather sort of way. You just need to “make them an offer they can’t refuse.”