The latest Wall Street craze has investors focused on the best uranium stocks. Companies that deal with heavy metal uranium are soaring in value this past month. This trend has investors questioning can the uranium stock rally continue?

Nuclear energy may not be the first thing that comes to mind when thinking of clean energy investments. But, the process of converting uranium into energy doesn’t produce any meaningful amounts of carbon. 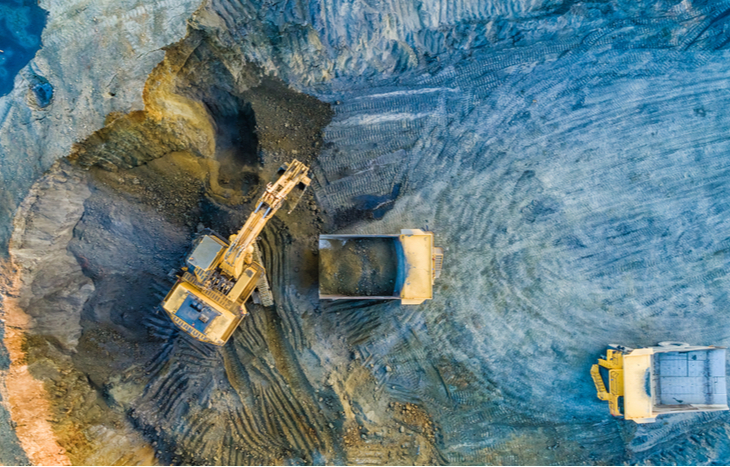 In fact, nuclear energy is the second-largest clean energy source behind hydropower. This makes it more productive than both wind and solar power.

The Global X Uranium ETF (NYSE: URA) is up nearly 70% since the beginning of the year. Moreover, the ETF is up over 120% from a year ago. This move comes as retail traders on Reddit pile into uranium stocks. In turn, pushing prices higher.

Uranium futures are climbing rapidly. It’s approaching its highest valuation in the last 9 years. As a result, which companies are set to benefit from the price jump?

Here are 5 of the best uranium stocks to watch…

Uranium Royalty is one of the more exciting uranium stocks to keep an eye on. The company is the only “pure-play” uranium royalty company. URC aims to increase its exposure by owning royalties and streams.

Rather than mining for the metal itself, URC provides funds to mining companies. In return for the funds, URC receives a future payment based on the revenue the miner generates.

URC’s business model gives them an advantage over some of the competition. Unlike many clean energy investments, URC doesn’t have the risks of mining. Miners can inherit risks like varying prices and conditions.

As of right now, the company isn’t profitable. On the other hand, URC has been investing in several large projects that should begin generating returns.

Number 4 on the best uranium stocks list goes to Denison Mines Corp. The Canadian-based uranium company is betting on the future of nuclear energy with two primary mines.

First is the Flagship Wheeler River Project, in which Denison owns a 90% stake. The project has the potential to become a top-five uranium-producing mine when complete.

Secondly is the McClean Lake Uranium Mill. McClean is currently generating over 12% of the world’s uranium production. Furthermore, Denison owns a 22.5% stake in the mill. Meanwhile these two projects alone can help Denison Mines position itself as a top uranium mining company in the world.

In addition to Denison, Uranium Energy Corp. is another company busy building its portfolio. The uranium mining company is based in Texas. They currently have operations in Texas, Wyoming, Arizona, New Mexico, Paraguay, and Colorado.

Uranium Energy Corp stock extended its gains by nearly 100% in April. UEC stock is one of the most heavily watched uranium stocks, with a production capability of 4 million pounds. Since the explosive run, UEC’s stock price has been relatively volatile. In the past month alone, UEC stock is up over 60%.

The company has a strong portfolio with over 443 reactors across the globe and 51 ongoing projects. Most importantly, demand for uranium is expected to remain elevated. If that’s the case, UEC is positioning itself for a fair share of the market.

Firstly, it deals with nuclear fuel components. Secondly is the service segment, which deals with construction and technical services for nuclear power plants.

Centrus had a solid second quarter in which the company generated $11.6 million in net income. In addition, the NRC approved Centrus’s new fuel for advanced nuclear plants.

Despite the drop in sales this year, the company is still profitable. As supply chain conditions improve, Centrus will be ready to continue expanding.

A favorite among the WallStreetBet community. Cameco Corp is the latest addition to the “meme stock” family. CCJ stock is up over 57% since it peaked at $15.34 per share on August 19th.

Cameco earned the number 1 spot being the largest publicly traded uranium company in the world. In 2020, the company sold 30.6 million pounds of uranium for an average of $46.14 per pound.

Is Now the Right Time to Invest in Uranium?

Second, demand for uranium has been on the rise. The increase is significant because commodity prices often rely on supply and demand. Cameco CEO Tim Gitzel mentioned supply might not reflect demand because of low prices in the past.

And finally, several upgrades have sent uranium stocks flying. Morgan Stanley placed uranium at the top of its Commodity Thermometer. The upgrade is a strong signal of the demand to come.

If you are looking to keep up with the best uranium stocks, check out Profit Trends. This free e-letter is one of the best places around to learn about investing in clean energy. Join today.