Should You Buy Gold Now?

Gold seems to make headlines every day now that it is trading at all-time highs. Silver has been skyrocketing too.

I’ve never been a gold bug. You’re supposed to own gold for a number of reasons, including having it as a store of value when the spit hits the fan.

However, my thoughts on gold were formulated by talking to family members who were in Europe during World War II. Gold did not come close to holding its value during the chaos, regardless of what the official exchange rate was.

A loaf of bread or a night’s rest in a barn after fleeing across the border was going to cost you your gold or other valuables. There was no bargaining. If you were starving or needed a place to hide, you handed over what you had or risked the consequences.

Those were extreme times, but those kinds of circumstances are exactly why some people want an ample supply of gold for themselves.

And some claim that with countries, and especially the U.S., printing money as fast as possible, ballooning the debt and devaluing their paper-based currencies, gold is the only real money.

But gold doesn’t generate dividends or produce cash flow and is worth only what the next person is willing to pay for it. There is no way to appropriately value an ounce of gold. Whether it’s worth $400 an ounce or $4,000 an ounce is pure speculation.

That being said, I do believe gold belongs in your portfolio.

Over thousands of years, gold has more or less kept up with inflation. There’s an old axiom that an ounce of gold typically has the same value as the price of a man’s quality suit.

Obviously, the price of gold will have strong moves higher and lower, but over time, that is generally perceived to be the value.

Today, gold sits at around $2,000. That’s a pretty darn nice suit. You can get a high-quality suit at Nordstrom for half that amount or probably less.

So from the suit valuation metric, gold is overvalued.

But that is precisely why you should own a little bit of gold. Because it does make these very strong moves higher when conditions are right. Gold allows you to diversify your portfolio in a way that is not correlated with stocks.

Both gold and stocks are running hot right now. But it doesn’t always work that way. During the dot-com crash, gold prices increased while stocks fell. Between 2011 and 2015, gold fell by more than a third while the broader market climbed more than 50%.

It’s smart to have assets that don’t move in conjunction with each other in your portfolio. That way, there is always something working even when markets are weak.

Gold is one of those non-correlated assets.

Despite the fact that I am not a gold bug, I own some gold for this exact reason.

Wealthy Retirement‘s publisher, The Oxford Club, recommends 5% of your portfolio be allocated to gold and precious metals.

So should you buy gold?

It depends on your current allocation.

If you have less than 5% of your portfolio in gold, then it’s a good idea to add some. If you’re already at a 5% allocation or more, I wouldn’t buy any more other than for a short-term trade. 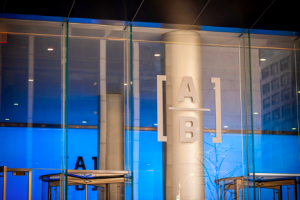