A Cashless Society Is Triggering a Rally in Bitcoin

I believe the end of cash is near.

I know this is controversial. I know investors don’t want to believe this.

But the writing is on the wall.

Personally, I think physical money has already died. If you’re under a certain age, you don’t carry it in your wallet or have it on you at all.

And each day, we see another brick in the wall come tumbling down.

Now, I’ve always believed this was coming. But as I’ve stressed here before, the pandemic is simply accelerating this transition.

And once Pandora’s box is open, there’s no going back… Just ask Blockbuster.

To kick off 2020, I made several bold predictions.

Many of these came to fruition with varying degrees of accuracy.

But there’s one – that’s already come true – that I believe is far from done.

In our annual forecast issue of Strategic Trends Investor back in January, I stated, “I think Bitcoin, with a reward halving just months away, is going to be more explosive in 2020.”

Bitcoin’s gains are already outpacing the broader markets’ this year. But this could be just the beginning.

Part of my bullish thesis for Bitcoin this year was the reward halving on May 11.

A reward halving happens every four years. And it has sparked an explosive run in the cryptocurrency’s price.

As many of us are aware, there’s a limited number of bitcoin (Bitcoin’s units are called bitcoin). A mere 21 million.

Now, in a watered-down nutshell…

Crypto miners use high-powered computers to add blocks of transaction data to the Bitcoin blockchain. Once a miner completes a new block – and provides proof of their work – they receive bitcoin as a reward.

Originally, this reward was 50 bitcoin.

This makes Bitcoin harder to mine and reduces new supply.

Historically, Bitcoin prices have skyrocketed because of this.

That means, if history is our guide, the rest of 2020 – and even into 2021 – could be explosive for the cryptocurrency.

For instance, if Bitcoin repeats the same halving cycle as it did in 2016, the cryptocurrency could top $340,000.

But beyond the reward halving, digital gold bugs have been blessed with a bevy of good new in 2020.

PayPal (Nasdaq: PYPL) has had a partnership with Bitcoin for years. And now its peer-to-peer platform Venmo is going to start rolling out Bitcoin use.

This is an economy of scale here. Somewhere between 30 million and 35 million people own cryptocurrencies.

PayPal now has 346 million active accounts. The number of people using its service has accelerated during the pandemic.

And that’s just the latest good news for Bitcoin.

The Office of the Comptroller of the Currency released a statement allowing banks to begin holding cryptocurrencies for customers.

And the Federal Reserve Bank of Boston is evaluating 30 different blockchain technologies to see whether it can support the digital dollar.

All of this means… the Bitcoin bull is back!

Despite these big moves, we’re still roughly 50% from the cryptocurrency’s all-time highs.

But that may be for only a little while longer.

Bitcoin was range-bound between $9,000 and $10,000 for a couple of months. And I’ve been patiently waiting for a solid breakout above this level.

Now that this breakout is under our belts, I believe there’s potential for new highs on the horizon.

We have a perfect storm of bullish news for Bitcoin. And we’re still roughly 50% below those all-time highs. I’m not banking on a $340,000 price. But I’ll be more than content with around $20,000 near this year’s end. That’s well within reason. 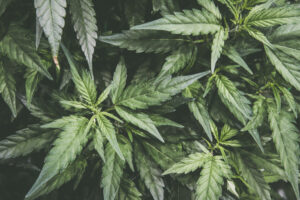