The Chime IPO is coming soon. The online bank has reportedly hired Goldman Sachs for its public debut.

So, what’s the latest news on the anticipated Chime IPO? Here’s what we know…

Chime IPO: About the Business 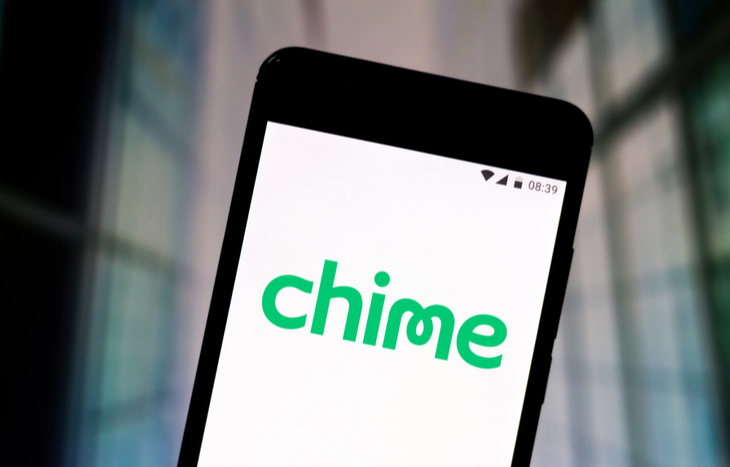 Chime is a fintech startup that delivers online banking services. CEO Chris Britt and CTO Ryan King created Chime in 2013. A year later, Chime made its public debut on the Dr. Phil Show.

The company is aiming to redesign banking to be easier, cheaper and more convenient. The Chime website states…

Chime is a financial technology company founded on the premise that basic banking services should be helpful, easy and free. We want to profit with our members, not from them. That’s why our model doesn’t rely on overdraft, monthly service, minimum balance, or other consumer fees.

Chime isn’t your traditional neighborhood bank branch. It’s actually not a bank at all… To be clear, Chime is a fintech company with bank-backed partners. The Bancorp Bank and Stride Bank provide Chime’s services, which are both FDIC members.

In the words of Chime’s CEO… the platform is “more like a consumer software company than a bank,” Britt told CNBC. “It’s more a transaction-based, processing-based business model that is highly predictable, highly recurring and highly profitable.”

The company has faced rapid growth since inception. Furthermore, Chime is reportedly the top digital banking app in the United States. Let’s take a look…

The online banking market is booming. Moreover, the push to transition from traditional banking services to online shows no signs of slowing down. Allied Market Research data revealed that the global online banking market hit $11.43 billion in 2019 and expects to hit $31.81 billion by 2027.

It’s no secret that modern-day consumers prefer convenience. Internet banking is growing in demand because it offers services without the need to go into a physical store. In a recent announcement, Stripe’s CEO said…

Nobody wants to go into bank branches, nobody wants to touch cash anymore, and people are increasingly comfortable living their lives through their phones … We have a website, but people don’t really use it. We’re a mobile app, and that’s how we deliver our services.

The success of Chime is no secret. The company has over 13.1 million users as of June 2021. According to eMarketer, Chime is the top digital banking app in the United States.

So, how does the company’s finances reflect? Let’s take a look…

Chime has raised $2.3 billion in Venture Capital funding. It currently holds a $25 billion valuation. The valuation ranks Chime among the most valuable consumer fintechs in the U.S. However, the company has continued to grow its numbers.

The company raised more money in 2021. Chime’s most recent funding round took place in August 2021 and raised $750 million. The company landed a staggering $25 billion valuation.

Until Chime stock hits the market, the company is privately held — and so are its finances. There has been little financial information released by Chime. However, the company could reportedly land a $40 billion valuation after the Chime IPO. So, stick around for the latest updates on the company’s finances when the filing becomes public.

Chime’s CEO announced that Chime will become “IPO-ready” within the next 12 months in September 2020. However, the company has passed that timeframe and investors are eager for a public debut. Moreover, the company reportedly “may have put its plans to go public on hold,” according to Barron’s.

However, this isn’t surprising with the lackluster IPO performance in 2022. Many companies have becoming bearish toward the idea of going public in light of the decline in fintech stock valuations and ongoing market volatility.

In fact, the company reportedly hired Goldman Sachs to help with preparations for an IPO in New York. According to sources familiar with the matter, Chime interviewed a number of investment banks in early 2022. Ultimately, it decided to give Goldman Sachs a leading role in its listing. So, the company may have its IPO plans ready.

However, the company may be attempting to keep plans for Chime stock under wraps until the markets settle. In response to the news, a spokesperson for Chime said…

While Chime intends to be a publicly listed company some day, we have not made any decisions on underwriters and have no immediate plans for an IPO.

No official information has come out about the Chime IPO date, price range or number of offer shares. Additionally, the company hasn’t announced a market or ticker symbol.

We can expect to see an announcement for a Chime IPO once the markets settle down. As always, make sure to research before you invest. IPOs can be volatile for the first few months. But if IPO investing interests you, check out our top recent IPOs and our IPO calendar. It’s updated daily to give you the latest news on upcoming and filed IPOs.

If you’re interested in other fintech investing opportunities, check out these top 5 fintech stocks to invest in this year.