Steps to the SEC Delisting Chinese Stocks, and How to Prepare

The House just voted on a restrictive bill that could result in delisting Chinese stocks.

The Holding Foreign Companies Accountable Act (S.945) mandates that any Chinese firms traded on major U.S. exchanges will need to open up their books and prove they’re not under the control of the Chinese government. 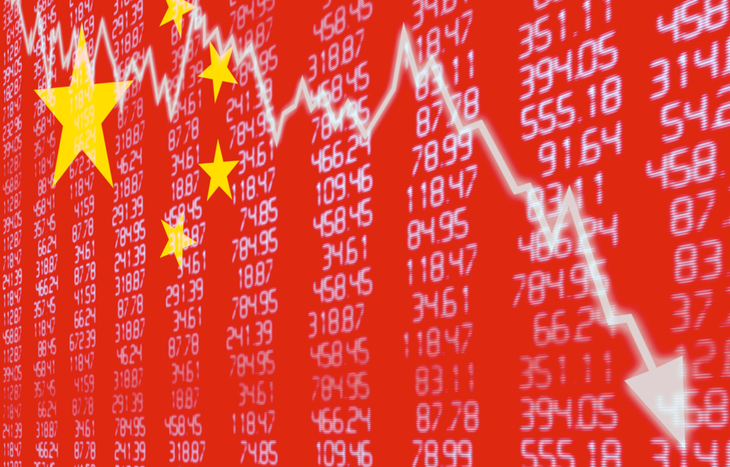 This legislation passed in the Senate in May. It was just a month after the Luckin Coffee scandal, in which the Chinese rival to Starbucks was caught fabricating as much as $310 million in sales. The scandal resulted in Luckin getting booted off the Nasdaq. And the share price of the once red-hot stock was sent tumbling.

In a rare act of bipartisanship, the Holding Foreign Companies Accountable Act passed in the U.S. House of Representatives unanimously.

Senators John Kennedy, a Republican from Louisiana, and Chris Van Hollen, a Democrat from Maryland, introduced the bill. The bill’s sponsors said the aim is to ensure foreign companies traded in the U.S. are subject to the same independent audit requirements that apply to U.S. firms. Now that the bill has passed, if a Chinese company refuses an audit, it can result in a delisting by the Securities and Exchange Commission.

How We Got to Delisting Chinese Stocks

China has refused to let inspectors from the Public Company Accounting Oversight Board (PCAOB) review audits of Chinese companies traded on U.S. exchanges. In the past, this refusal might not have resulted in potential delistings. But lawmakers took action due to rising tensions between the U.S. and China.

“The current policy that allows Chinese firms to flout the rules that American companies follow is toxic,” Kennedy told Fox Business in a statement. “It puts American families and workers at risk by jeopardizing their college and retirement savings.”

Once the bill is signed by the president, any Chinese firm will need to show that it is not under the control of a foreign government. It will also need to allow the PCAOB to audit the company for three consecutive years. Failure on either of these counts will result in the delisting of the Chinese company’s stock.

This piece of legislation comes on the heels of President Trump’s order barring U.S. investments in Chinese firms owned or controlled by the military… a move that could affect at least 30 companies.

Chinese businesses have found a lot of success going public on U.S. stock exchanges. Thanks in part to large valuations for the likes of Yatsen (NYSE: YSG) and KE Holdings (NYSE: BEKE), Chinese companies have raised more than $12 billion from U.S. IPOs this year.

But that run could slow down. Beijing has made it illegal for Chinese auditors to submit to this type of scrutiny from outside regulators. It is seen as “an impingement of national sovereignty.”

Because of this, huge firms like Baidu (Nasdaq: BIDU), Alibaba (NYSE: BABA) and PetroChina (NYSE: PTR) may be delisted. In fact, the stance could result in delisting Chinese stocks with a combined valuation of more than $2 trillion. The results could have a big impact on the companies and their investors alike. With the swift passage and implementation of this legislation, delisting could begin as early as 2022.

The Result of Delisting Chinese Stocks

When this legislation is signed into law and goes into effect, the results will most likely vary. Companies will have a choice about whether to allow the auditing process. Some will risk the drawing the ire of Beijing by allowing the auditing process. In fact, electric vehicle maker Nio (NYSE: NIO) has already been independently audited by PricewaterhouseCoopers. So delisting most likely won’t affect all Chinese stocks.

Anyone who owns shares of a delisted stock will continue to own those shares. They will maintain an ownership share in the company. But the means of trading those shares will be much different. And most likely, so will the price.

If, say, Alibaba is delisted, the company will most likely move shares to different exchanges… probably OTC exchanges. But there will be a much smaller pool of buyers and sellers. This would almost certainly result in the value of Alibaba shares dropping in value.

Preparing for a Delisting

The good news for investors is that this won’t be happening overnight. And there are still a lot of details to be worked out between now and implementation. A new administration will be sworn in before any major steps are taken. And there are still question marks about who will head the SEC when it comes time to enact these measures.

We’ll be keeping a close eye on this story as it evolves… and letting investors know the precautions they will need to take. To stay abreast of new developments while keeping an eye on the latest investment opportunities, sign up for our daily e-letter below. It’s free and full of investment tips and trends you won’t want to miss out on.