Warren Buffett is 90 years old, and he recently scored the biggest home run of his investing career.

It might be the most profitable stock market investment ever made.

Currently, Berkshire’s stake in Apple is now worth more than $120 billion.

I don’t believe that anyone in world history has ever made that much money on one stock trade.

But About That Valuation…

Now, I most humbly suggest that this man who made more than $100 billion in a very short time do one thing.

In 2020, one of those two things is definitely still true.

Apple is still a great company with a powerful competitive moat. But I don’t believe its shares still trade at an attractive valuation.

Take a look at the chart below. 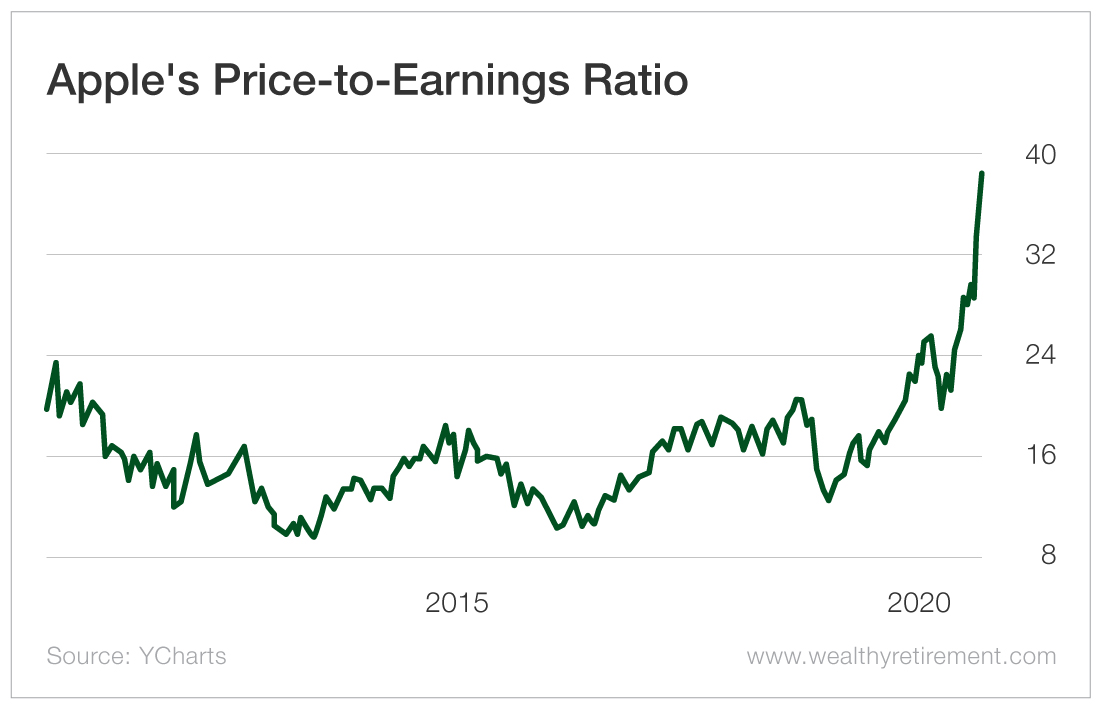 When Buffett was buying shares of Apple, the stock was trading at roughly 10 to 14 times earnings.

With the benefit of hindsight, I can say that was a wonderful price for this great business.

Clearly, Buffett agreed, and that is why he bet big…

But today, Apple’s shares are no longer $35 (split-adjusted). They have rocketed past $120.

Because of that massive share price increase, Apple’s valuation has ballooned as high as 38 times earnings.

That is almost four times Apple’s valuation when Buffett was buying big. And that makes this great company much less attractive as an investment.

Buffett Has Made a Mistake Here Before

Buffett’s big win on Apple reminds me of another incredible investment he made three decades ago.

In the late ’80s, Warren Buffett also believed he had found an opportunity that offered a powerful competitive moat at an attractive valuation…

Buffett invested $1 billion of his portfolio in Coca-Cola (NYSE: KO).

At that point, $1 billion was a huge amount of money, even for Buffett. It was more than one-third of his entire portfolio.

But Buffett was certain that Coca-Cola was going to experience huge earnings growth in the coming years.

The company had just begun to tap into emerging markets. Billions of people living across the world were desperate for a Coke.

Within the decade, Coca-Cola shares had gone up 13 times and Buffett had made $12 billion on his $1 billion investment.

But then he made a mistake…

By 1998, when Buffett was sitting on a $12 billion profit on Coca-Cola, the company had gotten very expensive.

Buffett originally purchased his shares around 10 to 14 times earnings.

A great company at a great price – sounds familiar, doesn’t it?

By 1999, Coke’s valuation had exploded to near 50 times earnings. But Buffett didn’t sell.

And he regretted it…

Buffett did not see his Coca-Cola shares exceed $43 by a significant amount again until 2019.

That was more than two decades after Buffett could (should) have sold in 1998 and cashed out with $13 billion.

If Buffett had cashed out of Coke in 1998, he could have reinvested that $13 billion elsewhere and made who knows how much more than he did by sitting on his shares of Coca-Cola.

Not selling Coca-Cola in 1998 at 50 times earnings was a rare mistake. Buffett has admitted as much.

Now, with Buffett’s Apple investment worth $120 billion and trading for almost 40 times earnings, this looks eerily like his Coca-Cola investment in 1998.

I can’t wait to see whether he cashes out this time or risks a repeat of what happened with Coca-Cola. 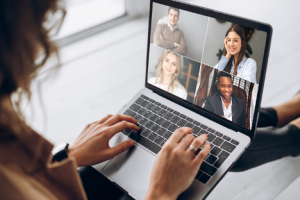 Why Zoom’s Spectacular Run May Come to an End 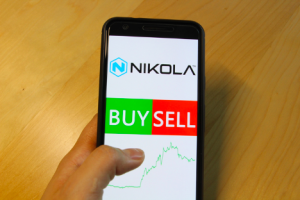 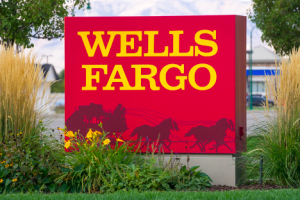 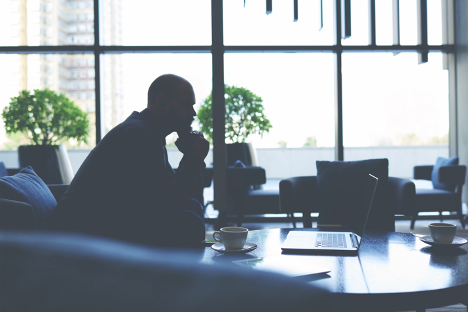