An employee stock ownership plan is one of many types of retirement plans employers can offer. Like a 401(k) or IRA, those who participate receive tax benefits. This makes them qualified plans.

But unlike the humble 401(k) or IRA, an employee stock ownership plan offers employees an ownership stake in the company. The intended result is to provide a quality retirement plan while keeping shareholder and employee interests in sync. Here’s how it works… 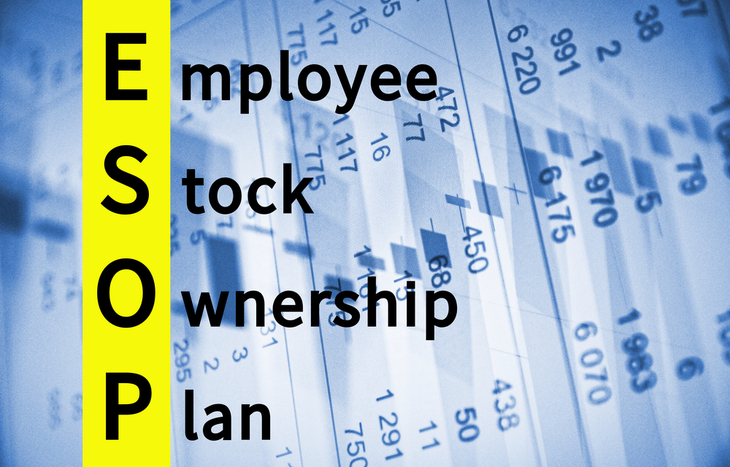 It starts with a trust. The trust then has to be funded by the employer. Once funding is secure (borrowed either from a bank or from cash on hand), the trust will then buy shares of the company. From there, the trust will begin allocating shares to the retirement account of employees.

Shares can’t be doled out haphazardly though. There are rules and regulations that state shares need to be distributed either on scale with pay or by some other formula that ensures equal distribution.

Usually, a company using an employee stock ownership plan will tie stock distribution to vesting. This simply means that the number of shares earned is tied to the number of years employed.

Then, upon retirement or resignation, the company will buy back the shares… Employees cannot take their shares with them.  From there, the retiree can choose to have the payment in one lump sum or via periodic payments over a set amount of time. And voilà, the employee is rewarded for years of hard work with a healthy benefit plan to help sustain them through retirement with no out-of-pocket expense.

The Benefits of an Employee Stock Ownership Plan

There are plenty of upsides for a company offering an employee stock ownership plan. Contributions are tax-deductible. Funds transferred to this type of plan avoid capital gains tax. And they permit the owner of the company to retain full control until they choose to retire. From there, ownership can be passed directly to the employees. This can limit the risk of the company being sold or merging with a larger company.

According to section 409(e) of the Internal Revenue Code, participants have “pass-through voting.” This grants shareholder voting rights regarding the approval or disapproval of…

There are plenty of other upsides for the employee as well…

Like many other retirement plans, employee stock ownership plans grow tax-free until the money is withdrawn. But the real boon is that these plans have been shown to outperform most 401(k) plans. And on top of that, they are much less volatile.

The Department of Labor reports that companies contribute 50% to 100% more to employee stock ownership plans than the average company contributes to a 401(k). That’s a whole lot of free money for retirement.

And on top of the financial benefits, there is also job security. Those working for a company providing an employee stock ownership program were found to be between 25% and 33% less likely to be laid off compared with those offered other plans.

This type of retirement plan has proven so beneficial that the government has even tried to step in to champion it. Bipartisan legislation was first introduced in 2013. Known as the Promotion and Expansion of Private Employee Ownership Act, the bill received 21 co-sponsors.

The bill’s aim was to provide technical assistance for companies looking to form this type of retirement plan. It would have also allowed them to protect their Small Business Administration certification. But it ultimately died in the docket of the Senate Finance Committee.

A bill with the same name was introduced in the House a year later. Once again, there was broad support. The authors of the bill also penned an article in The Hill touting the fact that employee stock ownership plans have account balances on average three to five times higher than the average U.S. 401(k). And this is from funds that come out of the company profits… not employee paychecks.

But this one never got out of the Ways and Means Committee.

We haven’t seen the last of legislation promoting this type of retirement plan. But there remains a lot of uncertainty as to if or when anything will ever come of it.

There’s a lot to like about employee stock ownership plans. And there really isn’t much to dislike – especially from the employee’s perspective. Plus, you can pair them with other supplemental retirement plans. But the numbers appear to be dwindling.

In 2015, there were a reported 10,000 employee stock ownership plans in the U.S. By 2018 (which is the most recent data available), the total had fallen to 6,416. Nonetheless, more than 14 million people participate in these plans. So if your employer lets you participates in one, count yourself lucky.

If your job doesn’t offer an employee stock ownership plan, don’t fret. There are lots of other ways to plan for retirement. But if you’re looking for a steady guide through the process, sign up for the Wealthy Retirement e-letter below for the best retirement strategies available.